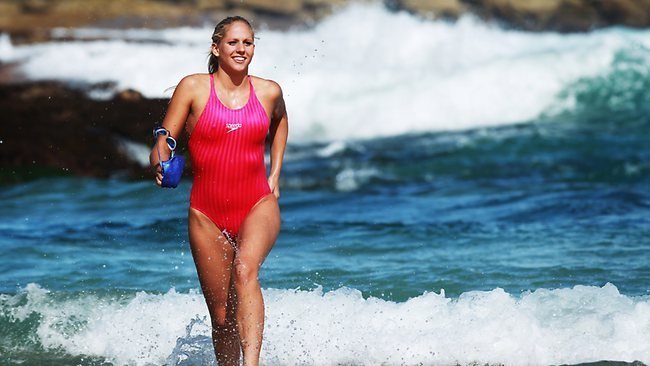 Australian marathon swimmer Chloë McCardel is 10 days from heading off to do the unprecedented.

But she needs help in order to realize her dream to swim from the shores of Cuba to somewhere along the Florida Keys in America.

McCardel is making a public call for a corporate partner to assist with her cancer fundraising world record attempt.

Despite her swim training, event management and charity fundraising, McCardel is without a backer to assist with the $150,000 price tag of her attempt…and only 5 weeks remain until she has her toes in the water on the shores of Havana

But not all is bleak as she is very well-prepared physically and mentally, and has already received a $60,000 pledge for one of her charities. Her swim will raise more funds for research into cancer prevention and cure. But she knows what she is up against. “The toughest challenge in this swim has nothing to do with swimming. It is about getting to the start line.” She can handle the sharks, jellyfish, unpredictable Gulf Stream, 50-70 hours of swimming, coordinating with the Cuban and American governments, organizing a crew of 35 people on two boats, and raising money for cancer charities internationally. It is money that can serve as a stumbling block.

Her team says that McCardel needs a great Australian or a great company with proud Australian values to back this Australian world record attempt. In an issued press release, they explain, “The financial stress has taken a huge toll on Chloë and Paul, her husband. They are appealing to all companies large and small to consider backing this great Australian athletic record. Significant exposure opportunities are available in Australia and the United States for a very reasonable investment.

Chloë’s world record swim attempt is also sure to become legendary. But this record needs the backing of a great brand or a patriotic Australian to make it a reality. In addition to creating a sporting moment which could become one of the most famous in Australian history, this swim also offers branding exposure to the Australian and US markets in the tens of millions.”

She has shown her ability to generate significant international media interest including interviews from CNN, CBS, and the BBC. The Discovery Channel will cover the swim and has already filmed segments with CNN.

Her team is not shy in asking for support. “Chloë leaves Australia in 10 days. She needs the support of Australia now, not just during the swim.”