Neither Rain, Nor Wind, Nor Cold Stops Caroline Block 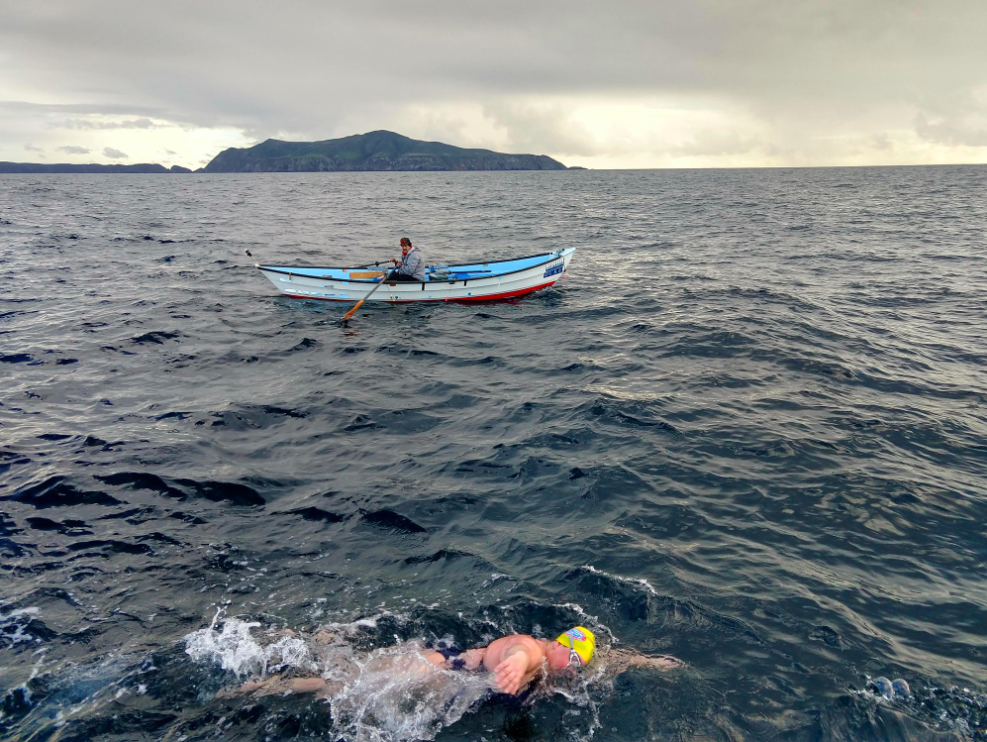 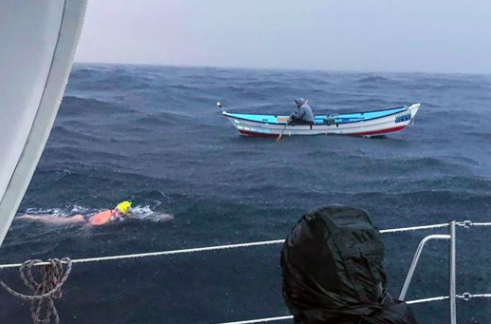 “The 2019 Santa Barbara Channel swim season got off to its earliest start ever with an astonishing [30.5 km] winter crossing by Dr. Caroline Block from Oxnard [on the California mainland] to Santa Cruz Island.

Starting from Silverstrand Beach early yesterday morning during a rainstorm and small craft warning, Caroline swam through some of the most challenging sustained conditions we have seen a swimmer endure. The wind laid down briefly in the late afternoon, only to whip up again after sunset.

Touching at a perilously dark and surge-y San Pedro Point after 14 hours 56 minutes, Caroline became the first woman (and 2nd overall) to complete a Santa Cruz swim in the island-mainland direction. It was also the earliest-in-year Santa Barbara Channel swim by nearly 4 months [in the organization’s history].