Neither Snow Nor Cold Nor Latitude Stop Swimmers 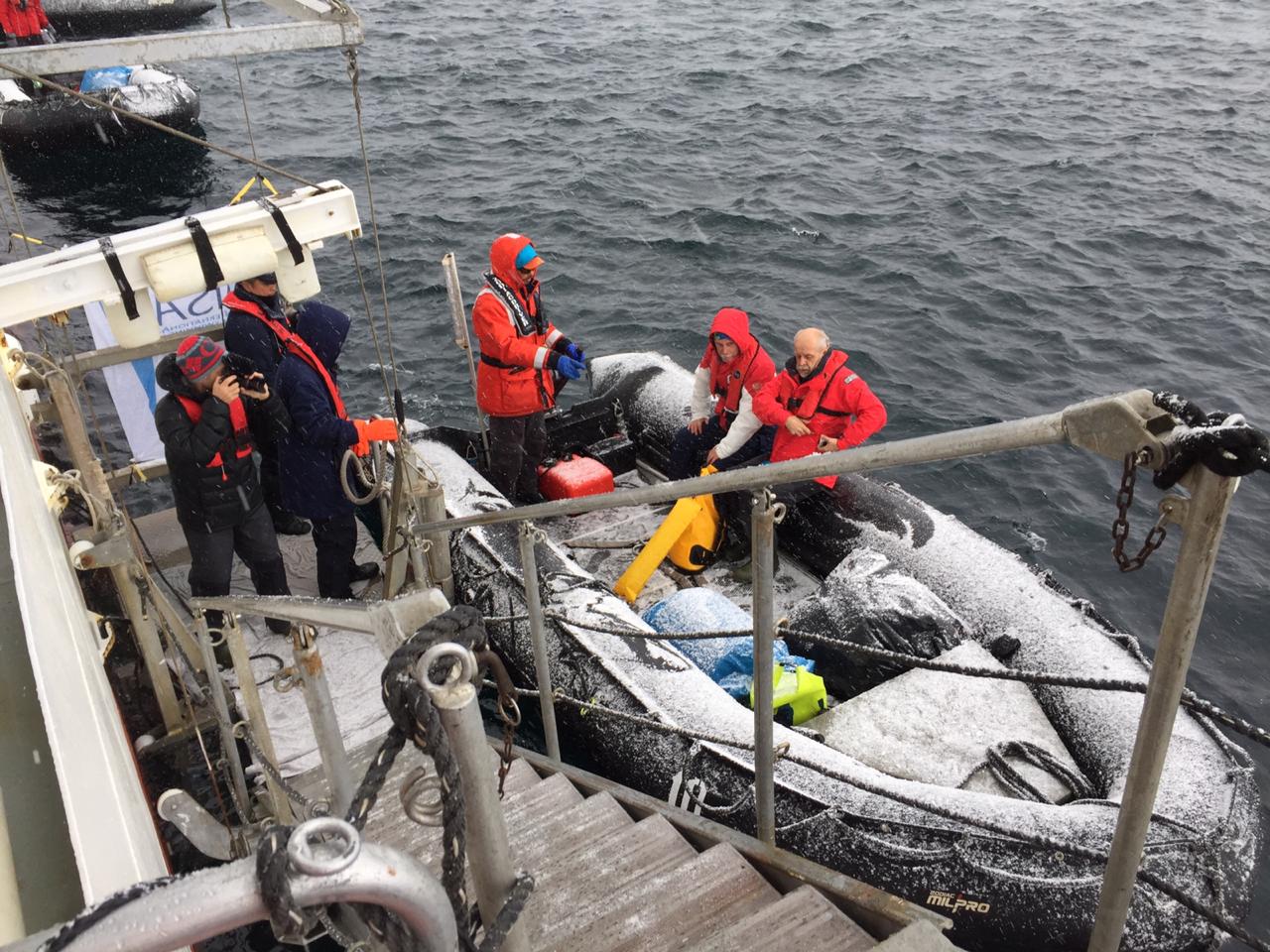 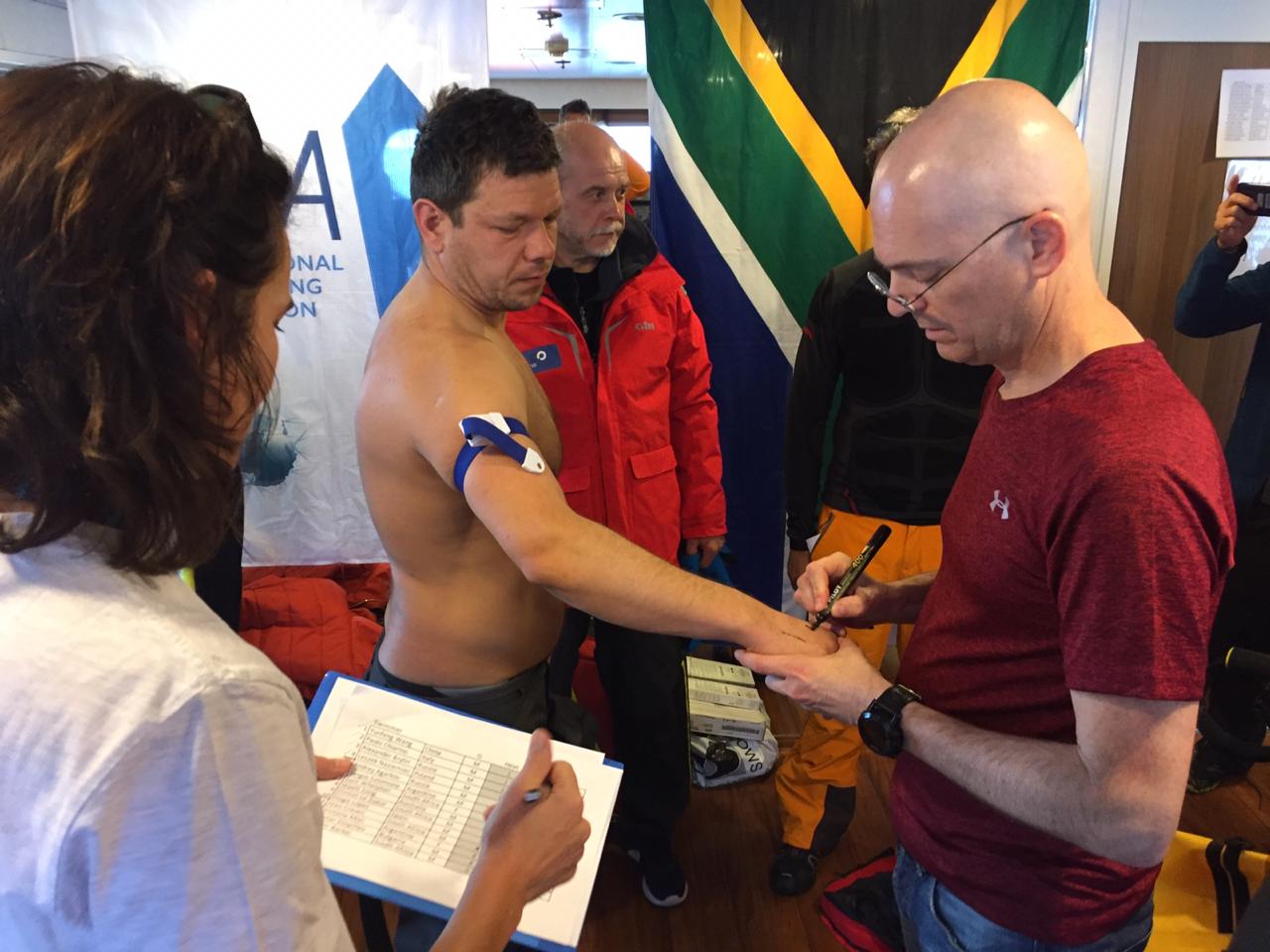 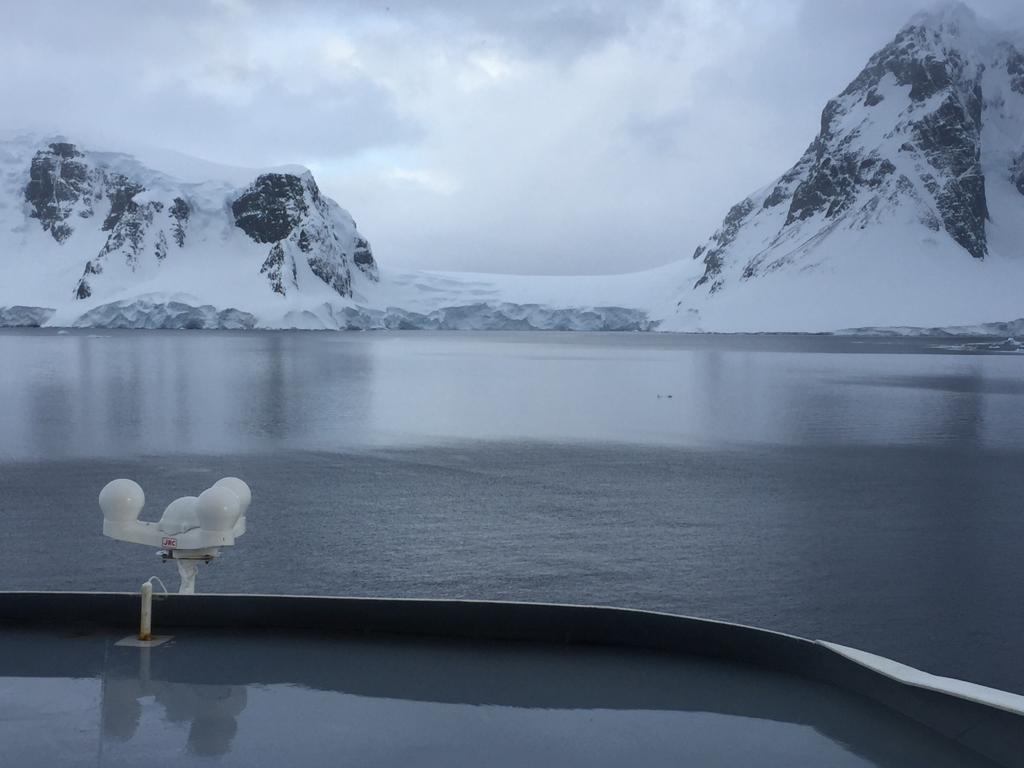 7 swimmers kicked off to do the first official Antarctica Ice Kilometer Swim at Port Lockroy, a natural harbour in front of the Antarctic Peninsula.

The swimmers in heats 1 and 2 were all successful. But then the unexpected hit and the swimmers went to Plan C. Plan A had originally been to swim alongside the ship, but that plan was put aside for the safe haven of Port Lockroy, a popular tourist destination for cruise-ship passengers in Antarctica.

“Unfortunately, currents and winds started to create havoc and the boat management decided to pull up anchor to sail to the next possible swimming location [for heats 3 and 4] in Mikkelsen Bay. We trust the weather will allow the rest of the participants to also get a chance to get this long-awaited dream swim done,” wrote Jean Craven.

Pre-swim medical checks and post-swim rewarming protocols were all safely in place. “Samantha completed her swim with her core body temperature measuring 28°C (82.4°F) in the recovery room after the swim,” Craven reported about the International Ice Swimming Association-sanctioned event. 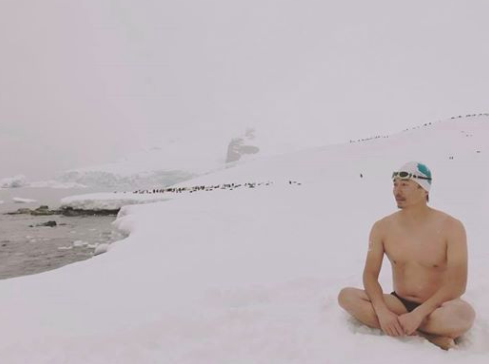 Song [shown on left] wrote, “This is the 8th day on our journey into Antarctica. It is overcast with light snow flying in soft winds, I’m still waiting for the window for the 1 km ice swim to happen. It’s a test of patience.

After the first 3 days of a bumpy ride, our ship traveled through the Magellan Strait and the Drake Passage into Antarctica. With the sight of the first iceberg, we became excited, the motion sickness and the smashed plates during the big waves became distant memories, soon replaced by the joy of continued discovery of nature and wildlife.

Sightings of whales, penguins, seals and numerous birds were the theme of excursions and dominated the daily conversation. This place is truly a wildlife sanctuary.

We are at the mercy to the change of elements here. Weather changes from one minute to the next. When you just get a glimpse of some sunshine (which has been quite rare on this trip), the next minute the snow would fly across the sky. The cove could be as calm as a mirror when you launch the zodiac, the next minute the wind could pick up, ice start moving about, chops set in, and it could be a very bumpy ride.

Each day we’d wait for our opportunity to do the swim. The logistics of which brought a lot of challenges. The cruise which we are on had to provide enough water support which required at least 5 Zodiacs to be launched at the same time for the duration of the swim, as we have 3-4 swimmers each heat in the water of -1°C for 15-20 minutes, the recovery can take up to half an hour each. This means all the support crews, Zodiac water safety operations, medics and recovery crews, timekeeper, media crews, swimmers and their second and support, has to wait for about an hour for each heat, providing the weather condition doesn’t change, which is rare, not to mention the captain of the cruise as well as a number of ship staff has to coordinate the operation so that things were made possible and risk minimized.

On Day 4 we had a 5-minute test swim along the shoreline with the water temperature -1.4°C (29.48°F). After our first landing, we finally had a chance to get in the water. I was anxious to know if my body was agreeing to get in, what I’d feel when I get in the water and for how long I could cope in this temperature. It was surprisingly smooth, the chilly water woken up all the memories stored in my body relating to the past cold exposure, apart from the pain in my half frozen hand when I’m out of the water, I felt nothing but great, and more confident with the upcoming 1 km swim.

Yesterday on Day 7, November 23rd at 4 pm Argentina time, the long-awaited moment of the main swimming event began. The cruise docked in Port Lockroy, the sea was flat like giant mirror, the sun was momentarily out to give us a blessing. I was placed in heat 3, after two heats which cycled through 7 swimmers through. The wind picked up to 30 knots, mixed with snow and wave, and the harbour had turned to an unfriendly place. After much deliberation, the swim was called off and hopefully the remaining two heats can be continued in the coming days. At the time of cancellation, three swimmers including myself were lined up already at the gangway ready to board the Zodiac. The experience of waiting for the pilot’s call to swim the English Channel all came back. After such anticipation, nerves and excitement, suddenly all back on hold, into the unknown, back to square one, waiting.

Antarctica seems to be a place of waiting, the penguins could stand in the snow and wait for long time, flocks of birds on the cliffs stationary, seals lying on the ice sheets…the ice and snow waits patiently floating to the next destination and meet their own destiny. We are also waiting, for things we wish to see happen, but patience is the name of the game. We have very little control if any over nature, with this thought, I realized that nothing is really waiting, they are just being, it’s nature’s way – being. Flowing with life and take it as is, that’s the lesson for me in Antarctica