Nejib Belhedi At The Top Of The World 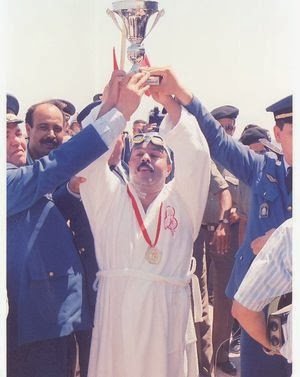 62-year-old Nejib Belhedi is going where no man has gone before.

The Tunisian ice swimmer and channel swimmer is heading up the face of Mount Everest to swim at 6,000 meters at altitude. “The true merit of my challenge is not only to achieve success in a swim at 6,000 meters in altitude on Mount Everest, but also to prove that a human living and training in a warm and flat region like Tunisia can also achieve success high up on Mount Everst as well as to swim in the Bering Strait,” explains the English Channel swimmer who won the 2011 World Open Water Swimming Performance of the Year.

Because there is no road map to such as challenge other than Lewis Pugh‘s 1 km swim on Lake Pumori on the Khumbu Glacier on Mount Everest in 2010 at 5,200 meters, Belhedi is forging a new pathway to the heights of human endurance and imagination.

It is one thing to be a 40ish swimmer and swim at such a snowy location, it is another thing altogether to do the same at another 900 meters higher at the age of 62. But both former military men – Pugh with the British SAS and Belhedi with the Tunisian army – plan their swims with extreme care. Belhedi puts his characteristically humble spin on his planning approach, “I look like an amateur cyclist who is making his own bike using local parts to seek victory in an international competition.”

He does what he can in his native Tunisia to prepare for a massive challenge to his aerobic capacity, strength and stamina. “I am walking everywhere, in Sfax City [in Tunisia], walking up to higher floors, from the bottom to the tops of the minaret of the mosques. We can do it if we want. We do what we can with what we have within our grasp.”

His team of advisers and logistical coordinators include his team members from his Bering Strait swim: Carol Breiter and Tania Ostanina of Russia with Dhaker Lahidheb serving as his physician along with Ganga Bdr Tamang from Nepal. “The Nepal New Generation Trek and Adventure PVT Ltd. is managing the coordination of my attempt.”

His planned date of his swim will be a year after his Bering Strait swim: August 17th. “On August 4th, I will travel from Tunis to Beijing where I will have a press conference. I will then travel by train to Lahassa where I will be joined by all the team support coming from Nepal. I will then spend time until August 15th in the high Tibet mountains. I will spend the night of August 16th at Base Camp 1. In the early morning on August 17th, I will start climbing and plan to swim between 1-2 pm on the same day. I will then come back down directly to Base Camp 1 and then to Lahassa where I will rest for two days.

After the swim, the Tunisian Ambassador in Beijing will welcome me for a press conference on August 23rd and then a return home on August 25th
.”

Belhedi has swum along the entire coast of his native Tunisia, he has completed the English Channel, swum in the Bering Strait, and has always done what he has set out to do in the open water. His swim will be certainly one of the most difficult in the annals of open water swimming history.