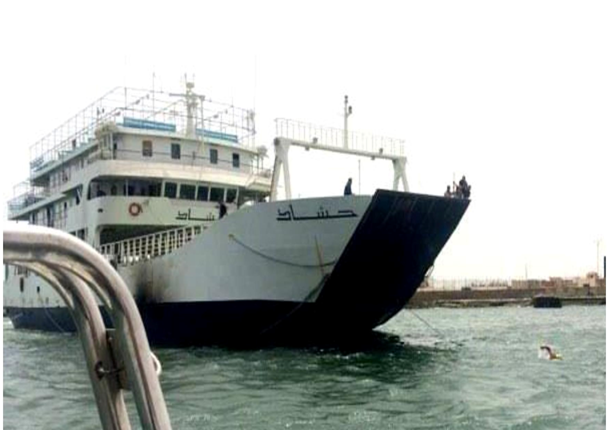 Nejib Belhedi started his World Iron Swims with a small skiff pulling two children. Then he upped the ante and pulled a camel and its trainer on a larger boat.

Then he started to boat pull larger and larger marine vessels.

The SONOTRAK ship weighs over 1000 tons.

Ridha Ammar, Chairman and CEO of SONOTRAK, and Slim Tissaoui, Governor of Sfax, confirmed the conditions of Belhedi’s unprecedented boat pull. “There was no initial propulsion of the vessel and the boat’s propellers remained in total stop as [Belhedi] pulled the boat of more than 1000 tons in the Port of Sfax,” Belhedi explained.