Yesterday in his native Tunisia, Belhedi walked into the Mediterranean Sea on Great Kuriat Island, swam 40 km under escort boat pilots Hamza Batbout and Ahmed Ghedira, and walked out at BouJaafer Beach in Sousse City after 10 hours 43 minutes. His swim was originally scheduled to be attempted sometime between July 17th and 19th, but conditions was not ideal until this week. 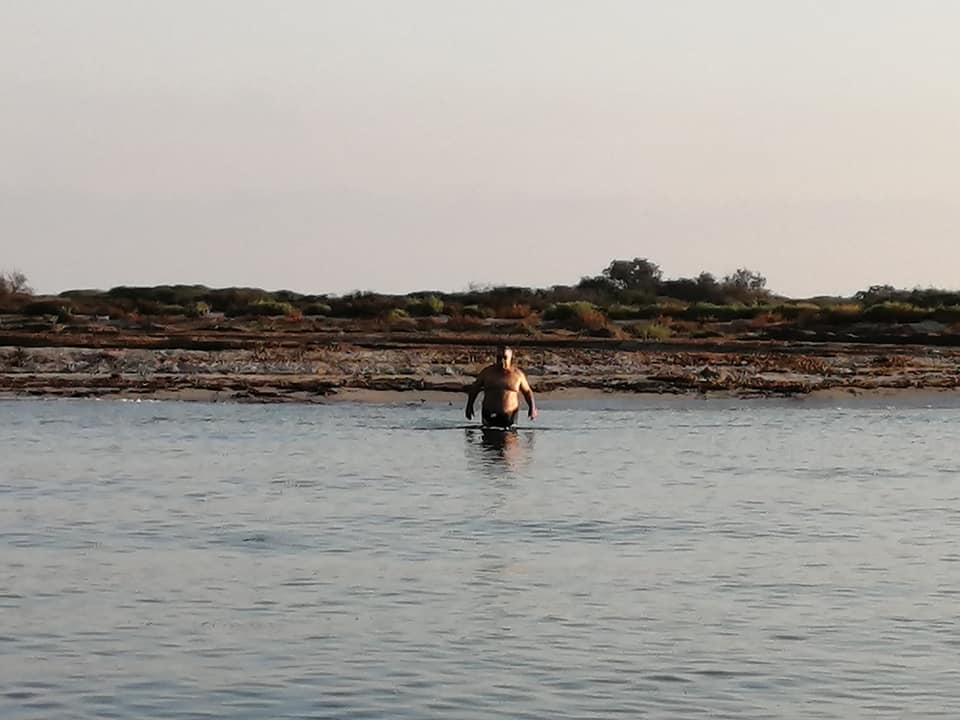 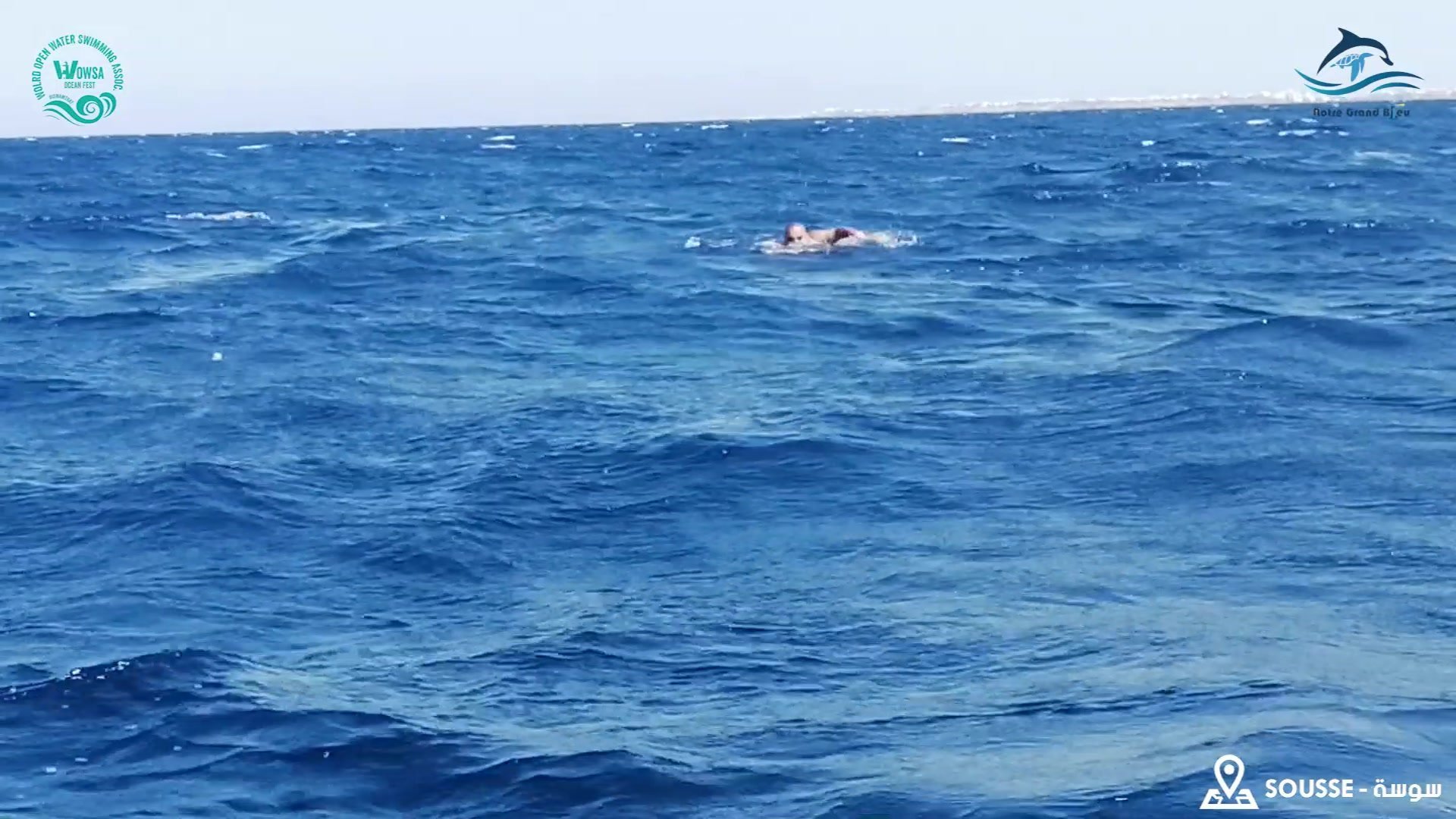 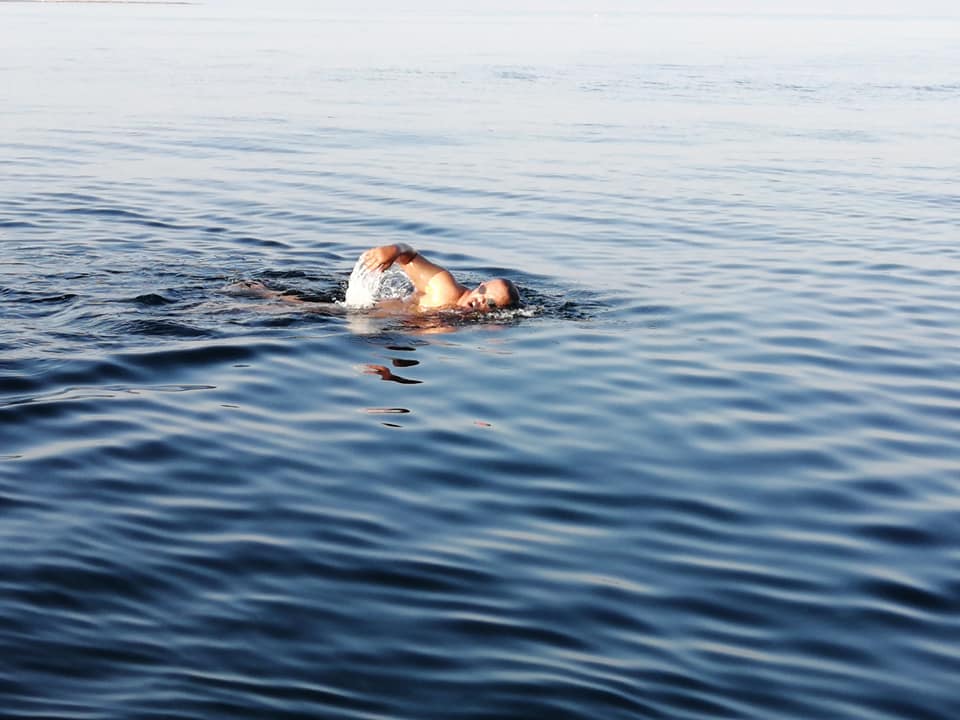 The conditions were nearly perfect for the unprecedented crossing. “There was no tidal forces and the sea was like a mirror,” Belhedi said. “Then there were Force 4-5 winds with me on the second half of the swim.”

He had estimated the swim would take him 14 hours, but he cut off over 3 hours in the favorable conditions. “It is a big event in Sousse City after the COVID-19 lockdown to promote tourism in Sousse and in Tunisia.”

Belhedi was supported by both Governors of Monastir and Sousse, the Tourism Commissary of Sousse Toufik Gaied as well as the Commissary of Tourism of Monastir Fawez Ben Halima, the Municipality of Sousse City and other relational organizations. Hotels (Holiday Beach of Djerba, Monastir Center, Radisson Palace Djerba) also contributed as locations for Belhedi’s training camps.

Notre Grand Bleu Association, presided by Ahmed Souki, entered in partnership with Belhedi to offer ecological goals to the swim by sharing awareness to people to preserve the turtles that frequent Kuriat Island for their eggs laying and to stop throwing plastic bags, trash, bottles and other pollution into the sea.

Additionally, the Coast Guard ensured the security of the swimming zone and the Civil Protection was assigned for the mission of rescue and medical evacuation in need.

During the swim, Belhedi was guided and supplied by the boat named Notre Grand Bleu led by the Captain Hamza Batbout assisted by Habib Jaafar with the presence of Ahmed Ghedira as observer. 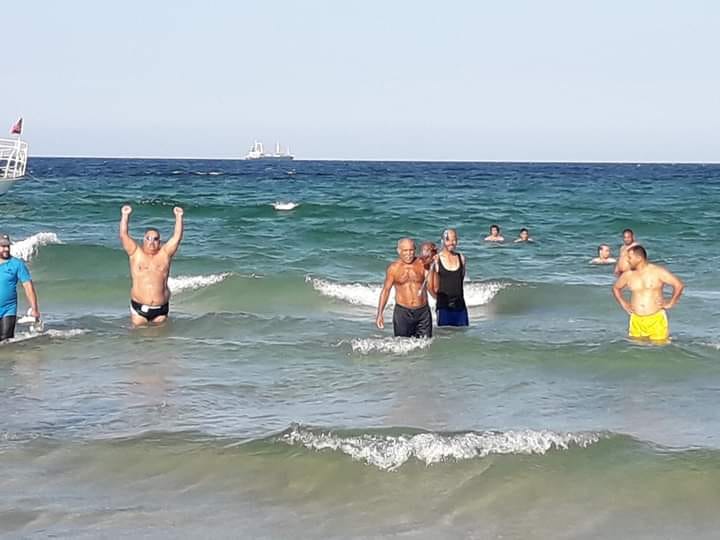