Nejib Belhedi To Run While Swimming

Nejib Belhedi To Run While Swimming

Nejib Belhedi is planning to do all kinds of open water swims and channel swims for the rest of his career. But along the way, he is also planning to do something extraordinarily rare, perhaps unprecedented. Belhedi will continue training for channel swims while running for the head of state, the president of Tunisia.

Belhedi is a retired Lieutenant Colonel of the Tunisian Air Force. He graduated from the Military Academy of Fondouk Djedid in Tunisia as well as studied in France and the United States. He commanded combat units and air bases and served as chief of office decision-making aid within the General Staff of the Air Force at the Ministry of National Defense.

Belhedi will be an independent candidate for the next presidential election in 2024. The last election was held in 2019.

He explains the process in Tunisia, “The candidature deposits in Tunisia are presented to the Constitutional Council during the second month preceding the day of the election. No application can be accepted if it is not presented individually or collectively, by at least 30 citizens among the members of the Chamber of Deputies or the presidents of municipal councils. These elected officials must address to the Constitutional Council with a declaration relating to the presentation of the candidate. The Constitutional Council adopts the list of candidates and declares it three days after the expiration of the deadline for the presentation of candidatures.

His plans to incorporate his channel swimming career with his candidacy includes the following:

1993: completion of a 33.5 km crossing of the English Channel
2020 or 2021: attempt of the 14.4 km Strait of Gibraltar
2022: Additional Oceans Seven channel attempts
2023: Preparation for the candidacy for the Presidential Election of Tunisia
2024: Presidential campaign for the 2024 election

There have been others who have been both Heads of State and open water swimmers: 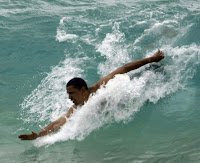 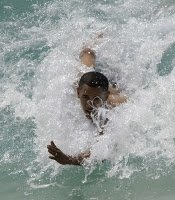 * American president Franklin Rooseveltswam in the Potomac River in Washington D.C. and in Warm Springs, Georgia
* American President Obama body surfs in Sandy Beach on Oahu in Hawaii, site of the finish or Molokai Channel crossings.
Photos by the Associated Press. 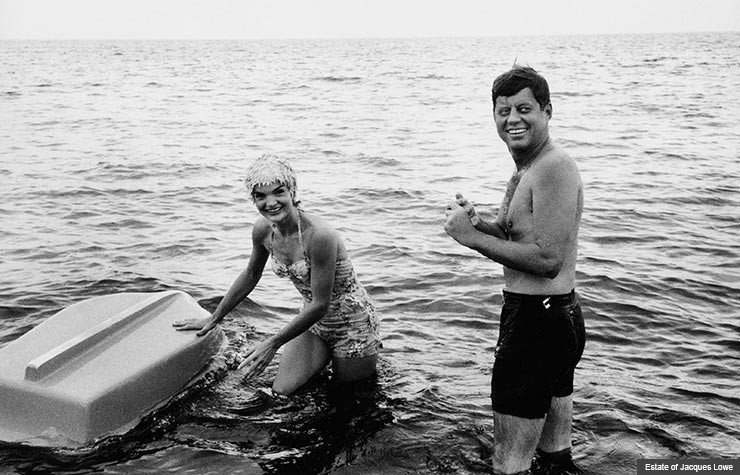 * According to the Naval History and Heritage, “[Lieutenant John F. Kennedy swam to these men…although they were only one hundred yards from the floating piece, in the dark it took Kennedy three hours to tow McMahon and help Harris back to the PT hulk. Because the remnant was listing badly and starting to swamp, Kennedy decided to swim for a small island barely visible (actually three miles) to the southeast. Five hours later, all eleven survivors had made it to the island after having spent a total of fifteen hours in the water. Kennedy had given McMahon a life-jacket and had towed him all three miles with the strap of the device in his teeth. After finding no food or water on the island, Kennedy concluded that he should swim the route the PT boats took through Ferguson Passage in hopes of sighting another ship. After Kennedy had no luck, Ross also made an attempt, but saw no one and returned to the island. Ross and Kennedy had spotted another slightly larger island with coconuts to eat and all the men swam there with Kennedy again towing McMahon. Now at their fourth day, Kennedy and Ross made it to Nauru Island and found several natives. Kennedy cut a message on a coconut that read “11 alive native knows posit & reef Nauru Island Kennedy.”

Photo of President John Kennedy and First Lady courtesy of Jacques Lowe, an internationally renowned photographer and photojournalist who chronicled the presidential campaign and presidency of John Kennedy.