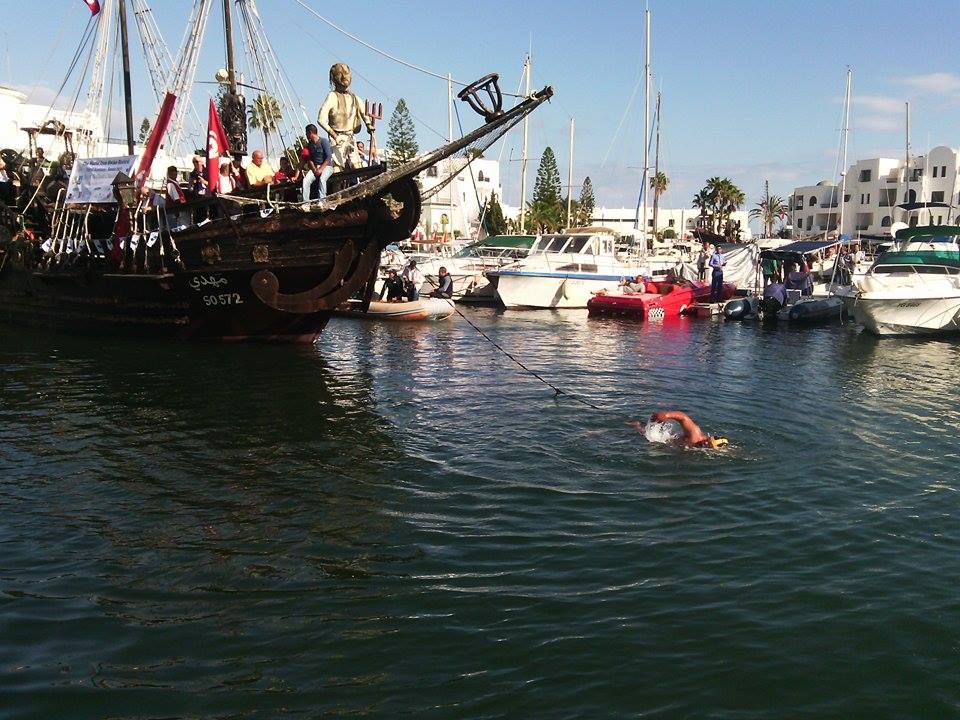 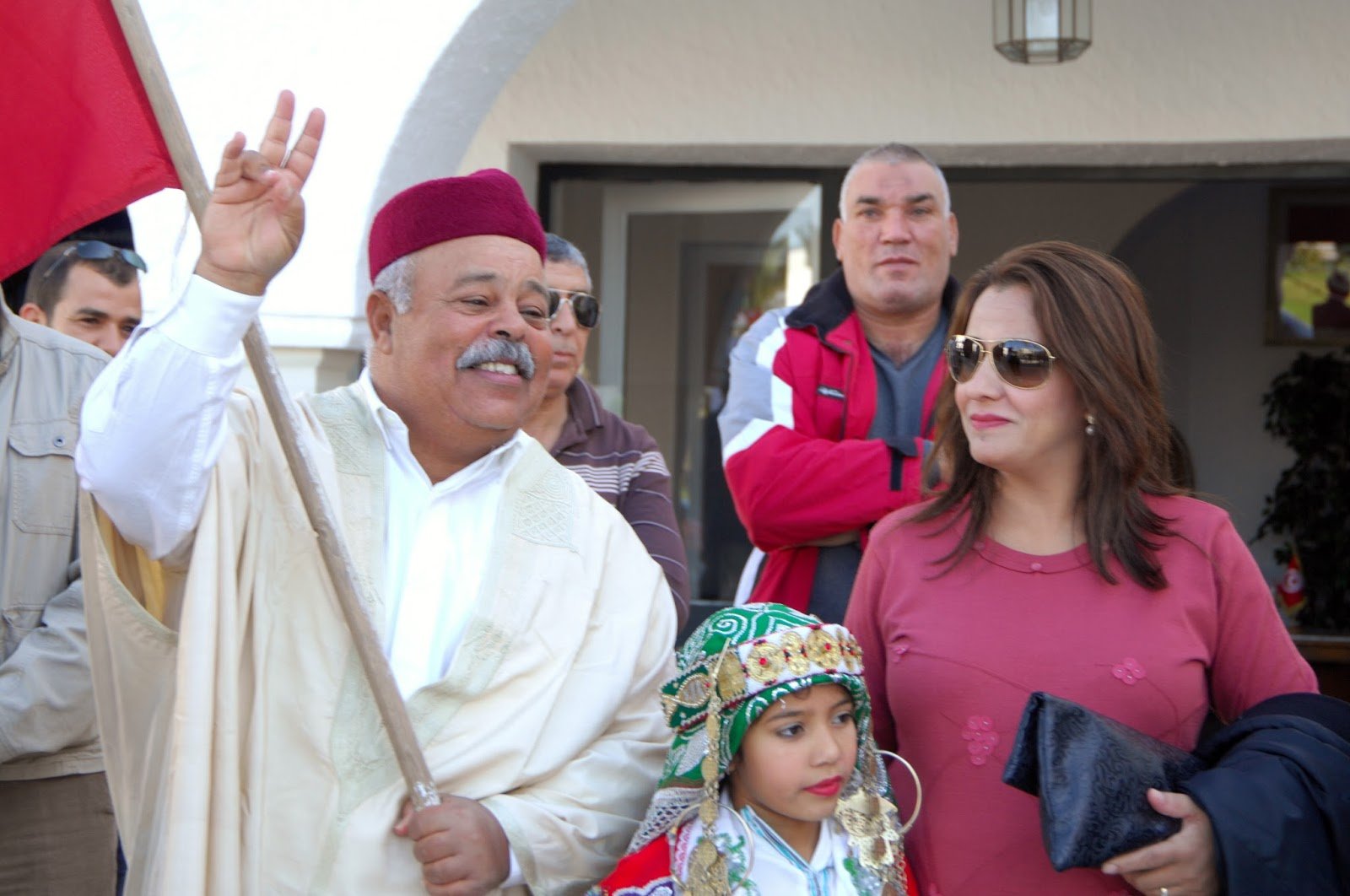 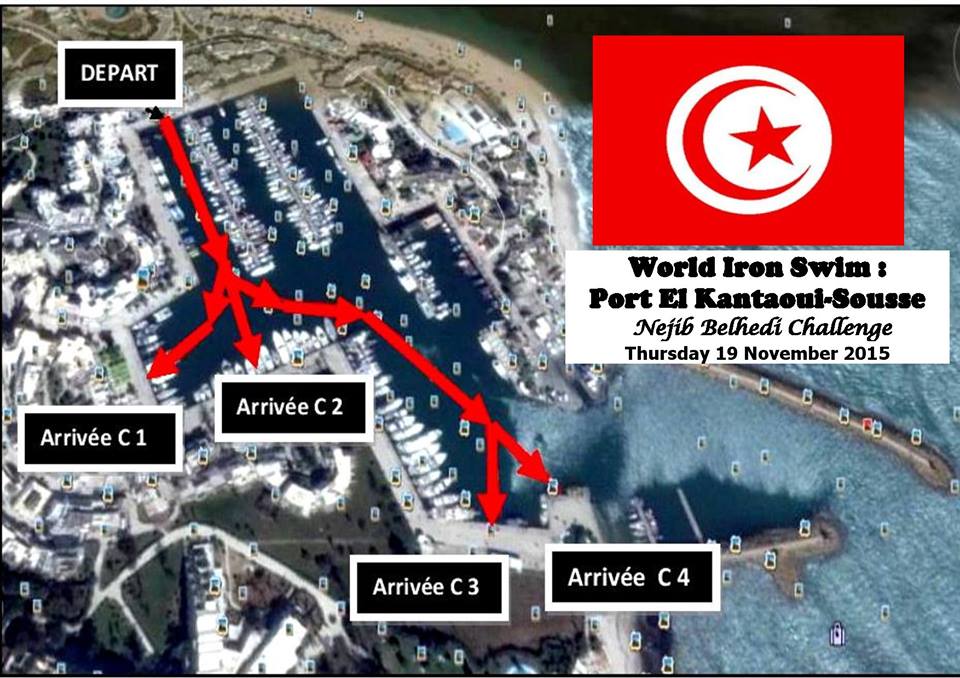 Nejib Belhedi is continuing to raise the bar with his Iron Swims.

Over the last few weeks, Belhedi pulled a 20-ton trailing boat Mahdi (the opposite of an escort boatescort boat) in the marine port of Tabarka. Then, he planned his next televised event in the World Iron Swim Series (Nage de Fer) in the Port El Kantaoui at Hammam Sousse in Tunisia with an even larger trailing boat, a 40-ton vessel. He literally pulled the ship with passengers including a representative from the Guinness Book of World Records, Kabil Ouerzli.

His Iron Swim on November 19th took 11 minutes and covered 200 meters from the Restaurant les Rosiers to the Restaurant Med in the port in a nationally televised broadcast.

Among the supporters and people on his trailing boat (perhaps the opposite of an escort boatescort boat, there were representatives from the Governorate of Sousse, La Société d’Etude et de Developpement de Sousse Nord Tourisme, delegation from the Municipality of Hammam Sousse, the local Coast Guard, and the Civil Protection Unit.

“At the beginning, I was swimming in place with the ship Mahdi floating still in the water. There was no movement at all for 3 minutes,” explains Belhedi. “But after a short time, the ship started to move smoothly and slowly. My energy – the Movement Quantity – was transferred across the rope and overcame the resistance to move as I had to increase the requisite power that I providing continuously. It was a very emotional moment for the public that was watching as they cried out for the long life for Tunisia when they finally saw the ship move and begin its route behind me.

I think I can swim ever longer and over a greater distance. The distance we swam was not my true capacity. In fact, the organization of the event was limited due to the time of program honored by the presence of the Governor of Sousse Mr Fathi Bdira
.”