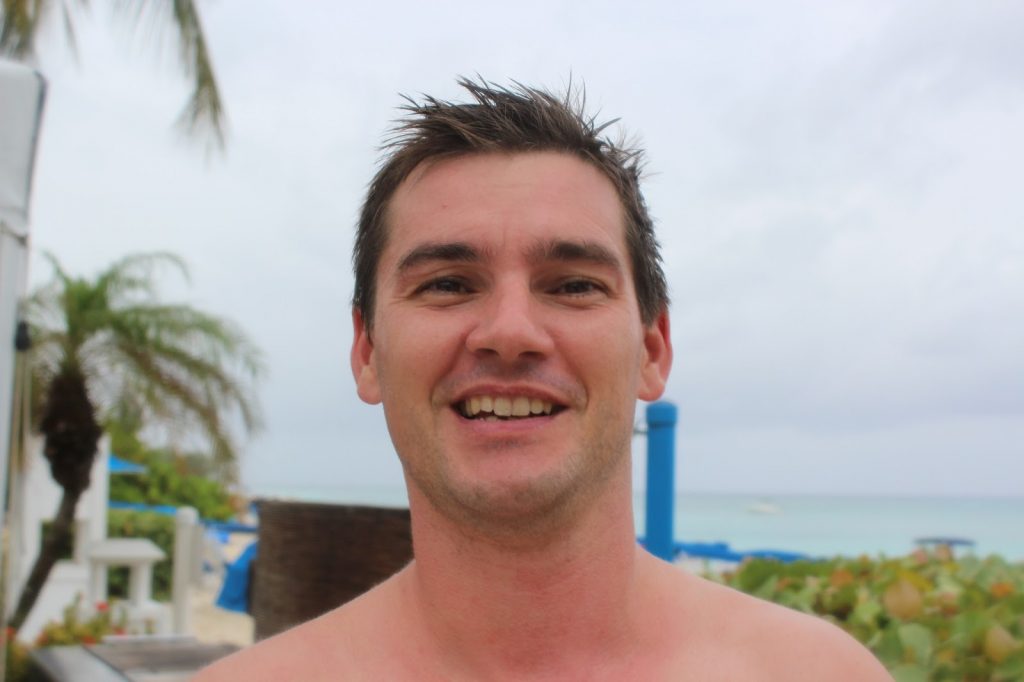 Nenad Volaric, a native 30-year-old Croatian living and working in the Cayman Islands at the Grand Cayman Beach Suites, took off his regular shift today. And for good reason: he had his first marathon swim to attempt.

Earlier in the year, Volaric decided to swim the Flowers International 10k event that started and finished at his employer’s site. The Beach Suites are a marvelous facility right on the shores of Seven Mile Beach on Grand Cayman Island where many swimmers stayed during their visit.

“I was scared that I was not going to make the cut-off time,” described Volaric. “I have done shorter swims like 800 meters and Saturday’s Flower Sea Swim, but this 10k swim was my longest swim in my life. It was not easy. I felt myself losing power on the second loop, but I wanted to make the entire swim under the cut-off time. Then something kicked in on the last leg and I was able to make it. It was a good race.”

Grand Cayman Beach Suites is a boutique hotel with all the amenities of a large hotel. “Our property hosts 53 ocean-view suites with private step out balconies or patios, award-winning restaurants, pools, fitness center, golf course and a host of water sports right on the gorgeous Seven Mile Beach,” says manager Marina Flynn. “And a healthy dose of sunshine is included…always free of charge.”

“What I really liked about the hotel, from the perspective of a swimmer, was that the suites include a kitchenette so we can prepare our breakfast early in the morning and all our hydration needs without going more than 25 meters to the start,” recalls Lexie Kelly, a professional swimmer from Long Beach, California. “Then afterwards, the big bathtubs in the rooms and the saunas by the pool were great to recover in.”