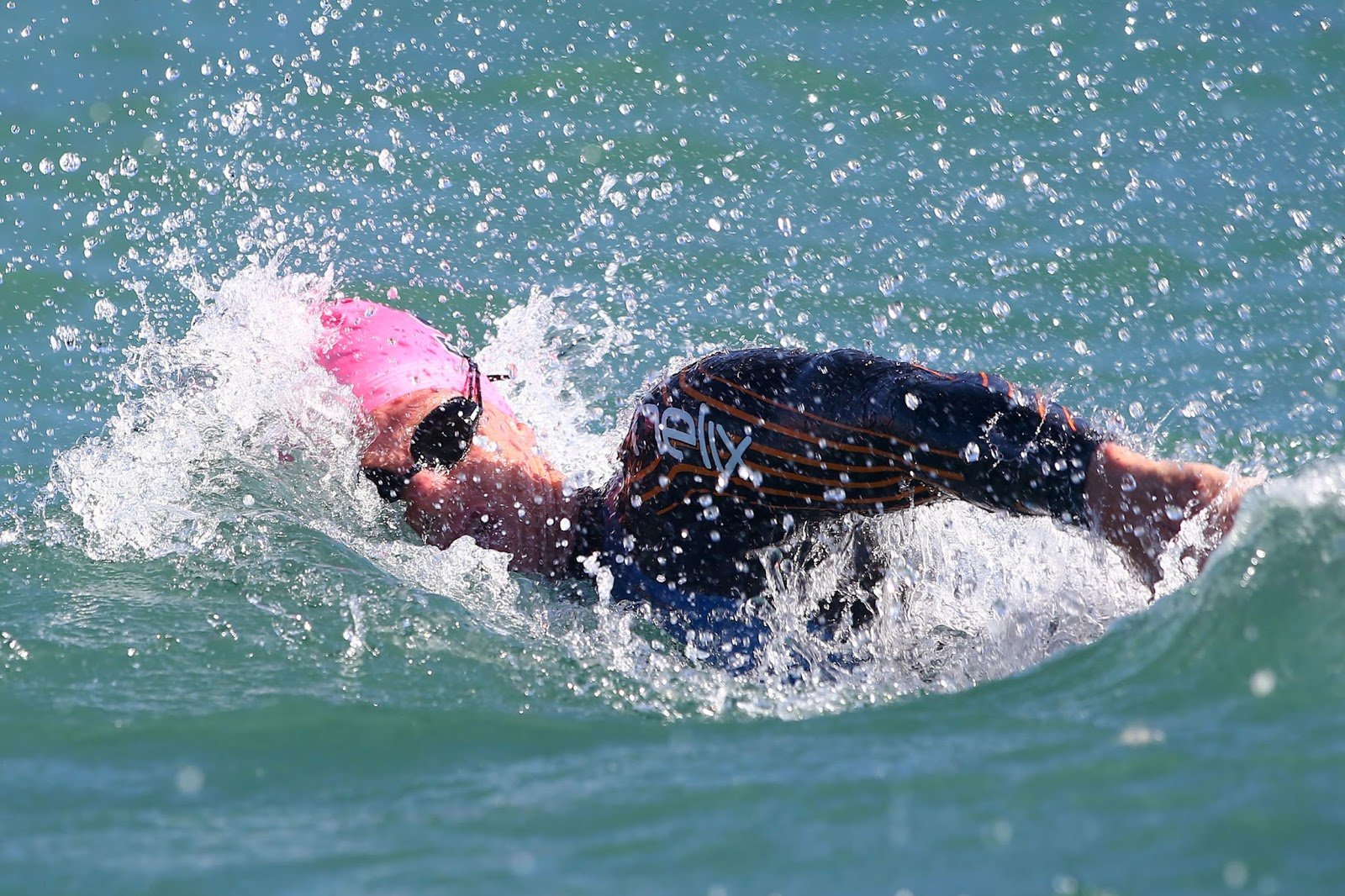 Rhys Mainstone traveled across the Australian continent and across the Tasman Sea to take on his training mate Kane Radford on Radford’s home turf at the State La Grande Swim.

The two 23-year-olds quickly established themselves in the front of the pack and went head-to-head throughout the 2.8 km round at the New Zealand Ocean Swim Series. Under great conditions and over 900 other swimmers, Mainstone always maintained just a bit of an edge over Radford and pulled away near the finish to claim his first wetsuited victory.

“It’s been really good to come here and win. Racing in the wetsuit was horrendous, but only because I’m not used to it. I’ll need do more training with it before my next race, which is back here in New Zealand next month,” said the fourth different winner in the series this season joining Radford, Jarrod Poort, and George O’Brien.

The conclusion of the series is now shaping as a classic. “All four of us are capable of beating each other on any given day. The last two races of the season are going to be very interesting,” Radford predicted.

Race five in the six-race series is the State Sand to Surf in Mount Maunganui on March 22nd with the final race is the State King of the Bays on Auckland’s North Shore on April 12th.

Each swimmer must compete in a minimum of three of the six races to be eligible for the series title. 100 points is awarded to each race winner with double points on offer in the final round at the State King of the Bays. Only the top three performances from each swimmer count in the standings.