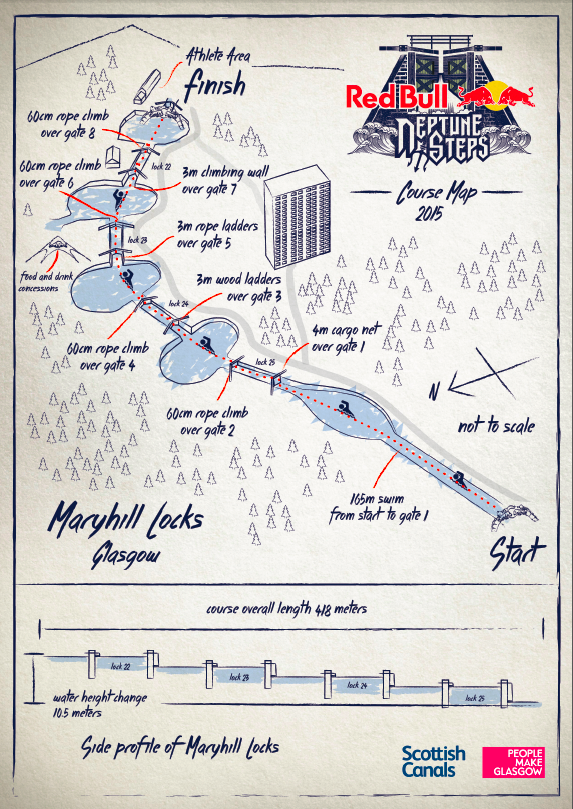 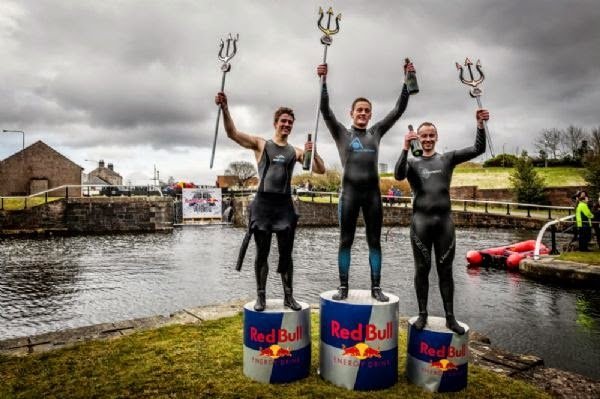 There are plenty of open water swims across lakes and down rivers, plenty of channel crossings, and plenty of competitions where the winds whip up and the swells hit swimmers head-on. Many swimmers describe fighting against the turbulence and oncoming surface chop as swimming uphill.

Every stroke feels like they are swimming against gravity and the forces of nature.

In Scotland’s Red Bull Neptune Steps, participants literally start in one elevation and finish on a higher location.


The Red Bull Neptune Steps is an obstacle course with 420 cumulative meters of swimming through and climbing over the Maryhill Locks in Glasgow, Scotland. The race incorporates a total of 9 swims and 8 climbs over the canal’s lock gates with a cumulative 17m ascent.

Red Bull Neptune Steps requires its competitors to swim and then climb up cargo nets, rope ladders or ropes to achieve their ascent through the canal’s locks. Local athlete Mark Deans won, “It feels great to win the first ever Neptune Steps. There were so many tough competitors so to come out on top and take the win feels amazing. Swimming in the Canal was a unique experience and being five minutes from my front door made it a special event to take part in.”

The course is as follows: