Never Giving Up and Doing The Oceans Seven 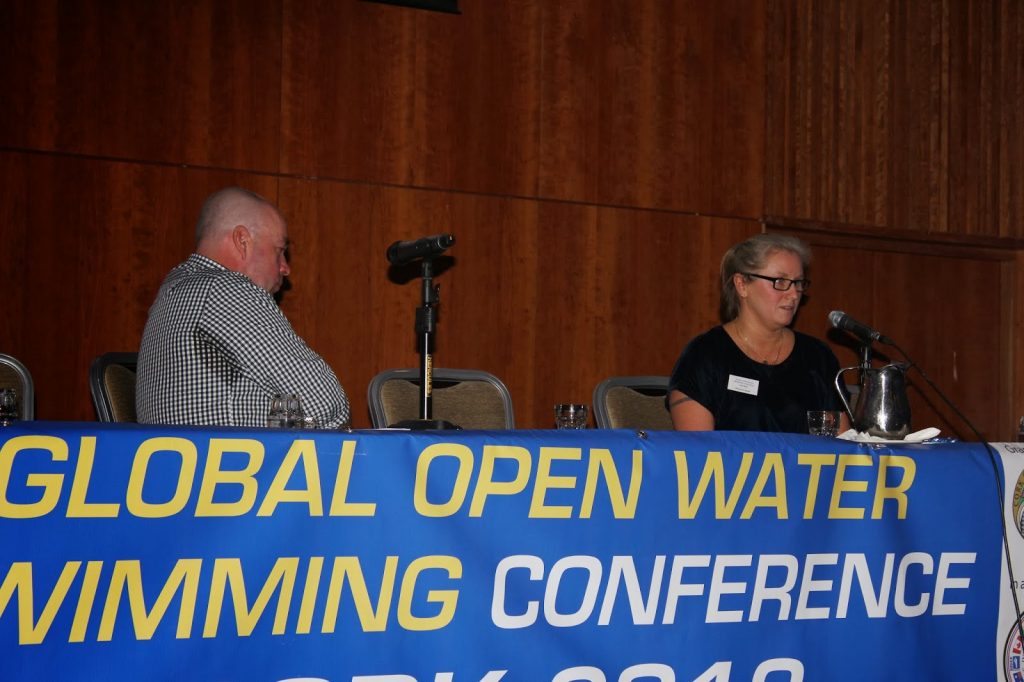 To kick off the Global Open Water Swimming Conference, Stephen Redmond and Anna-Carin Nordin gave a fascinating swim-by-swim description of their Oceans Seven achievement. The audience was in total rapture.

“I had this perfect day, a miracle. It was perfect. It was never like that,” said Anna-Carin Nordin. “I had not done anything like that before. It was so nice.”

“I really didn’t know what I was getting into,” recalls Stephen Cassidy.

“The observer wanted to pull me. I didn’t know what was going on. Once I finished, I didn’t want to get back in the water again. Ever again.

Like the mafia, they got out but they pulled me back in.

“After the North Channel, I didn’t know about the Oceans Seven,” said Redmond. “We have no swimming pools where I am from. We have a sea. We did one swim at a time. We couldn’t compete against the likes of Penny Palfrey. We did not have money. With the likes of Steven Black, Ned Denison, we did what we had to. Catalina Channel was done. And then we went on to Molokai Channel, but we had a bad day. I failed there. You learn from every defeat and swim. The water always has other plans.

We came back broken and beaten. We started over again
.”

“Molokai was a long swim,” recalls Anna-Carin about Molokai. “No one was at my hotel. On the morning of the swim, it was black. I really loved Hawaii. It was warm. It was blue. It was high waves. It was rough. I had a kayaker and he kept on saying, ‘Keep on swimming’. A Swedish mile is 10 kilometers. If Anna cannot speak in English, then it is time to pull her out…this is what we think.”

“Steven Munatones helped me contact Philip Rush, but we had very little money,” said Redmond about the Cook Strait. “We had a race against Penny Palfrey. Meeting Philip Rush changed my life. He is the man to get you across. A tough New Zealand fireman. I was begging to get out. It was very industrial what he told me, but I was petrified when he basically told me and told me, ‘I was sorry what I told you about out there. You have the rest of your life to be regret. Today was not that there. I learned so much from him.

I returned to Molokai. It is a strange, strange place. I was dying out there, but Philip pushed me on and I finished it
.”

Darren Miller interrupted their talk with a video from Keystone Lake in Pennsylvania where he greeted the crowd.

“I did Tsugaru Channel after Darren did the Tsugaru Channel,” recalled Redmond. “It is a tough, tough place. We had failed 3 times and Darren came over and asked, ‘Can I do anything for you to help you?’ I instilled me to not give up.”