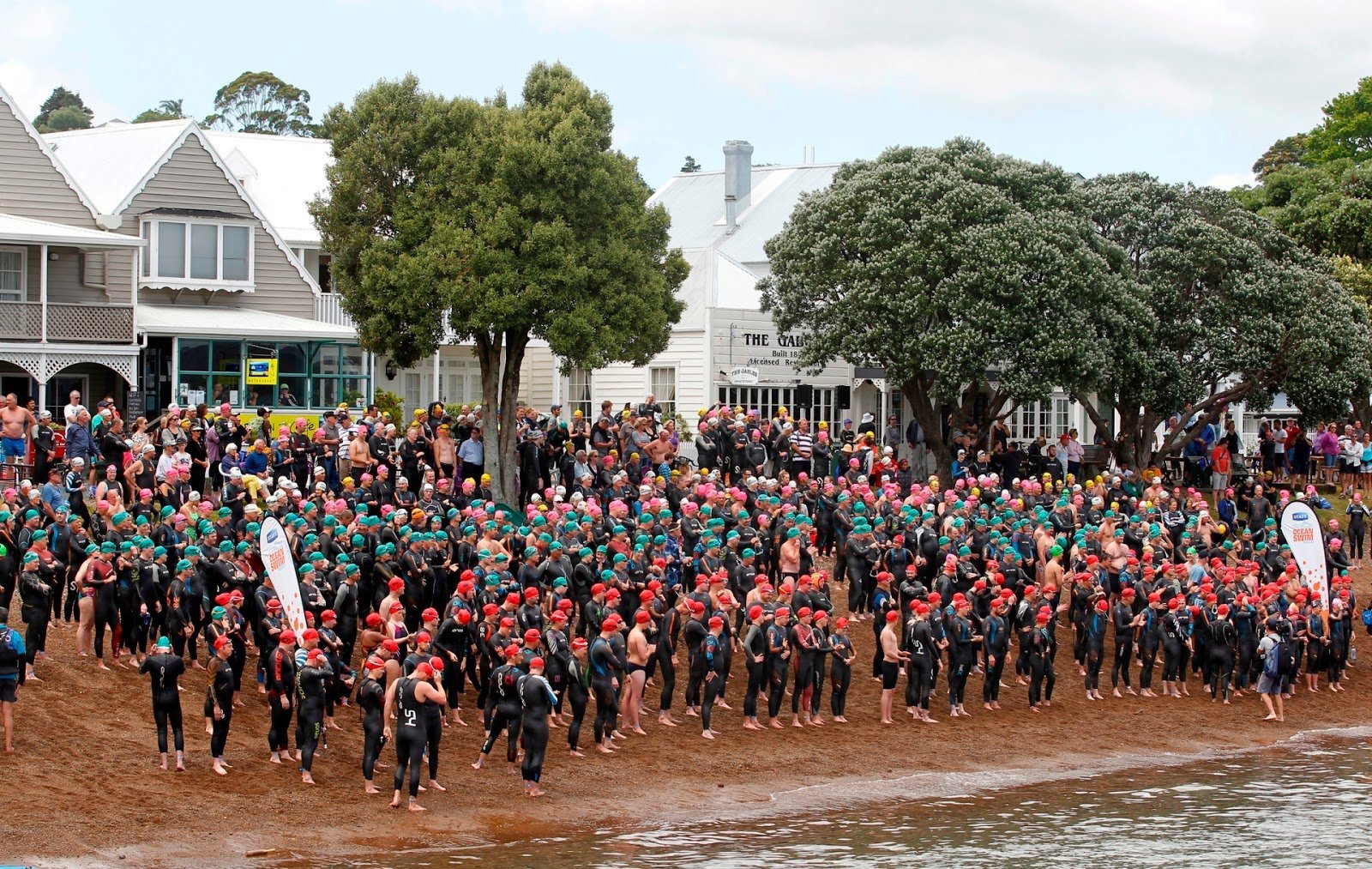 Photo of participants at the 2014 Bay of Islands Classic at the New Zealand Ocean Swim Series by Simon Watts.

The Bay of Islands Classic swim next week on November 28th will be the 10th anniversary of the popular 2015-2016 New Zealand Ocean Swim Series.

Event Founder Scott Rice is extremely proud to have reached this milestone together with his staff, partners and volunteers. “When I started this series all those years ago I had very high hopes, but I had no idea that my team and I would still be going strong a decade later.

It has been fantastic to watch this series blossom from a couple of swims to a much loved, nationwide series. Whilst the series has definitely grown, so have the participant’s abilities and enthusiasm to take the plunge. It just goes to show that Kiwis of all ages and abilities love swimming and testing their own abilities in the water
.”

The Bay of Islands Classic kicks off the first of seven events in the 2015-2016 New Zealand Ocean Swim Series.

This season will mark the debut of two new events: the Christchurch Crown that replaces the La Grande swim in Akaroa and the Legend of the Lake in Rotorua. The remaining events will also include the Harbour Crossing in Auckland, the Capital Classic in Wellington, the Sand to Surf in Mt Maunganui, and the King of the Bays in Auckland.

The distances at the Bay of Islands Classic will include the 300m Give it A Go introductory race and the 3.3 km I’m Going Long race.

For youngsters (aged 7 – 13 yrs) there is the 200m ‘OceanKids’ event, with the participants eligible to join the Jetstar Super Swim Squad. The squad is made up of age group winners from throughout the season and involves attendance at an end of season training camp in Auckland with top name elite swimmers and coaches. Airfares and accommodation will be provided by Jetstar for children and a caregiver.

For more information or to register for this popular series, visit www.oceanswim.co.nz.