Next Generation Of Leadership At Sandycove Island 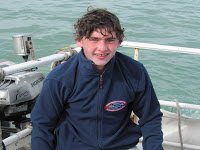 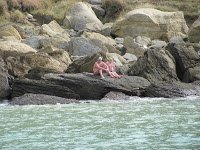 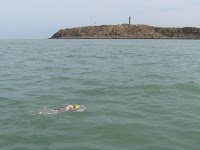 Leading from the water

Owen O’Keefe has been swimming around Sandycove Island in Cork Ireland, summer and winter, since he was 11 years old. He caught the channel bug from his colleagues and progressively got faster and went further.

In 2009,O’Keefe and his crew were at the berth in Dover harbor to met Lisa Cummins after her two-way English Channel crossing. They helped her crew unload and then headed off for O’Keefe’s own crossing attempt. Such is the sense of support that is deeply ingrained within the young leader’s open water soul.

Despite starting 3 hours after the other swimmers on the tide, O’Keefe flashed over to France in 10 hours 19 minutes while raising €15,000 for the Irish Cancer Society. Only 16 at the time, he remains the youngest ever swimmer from Ireland and the second fastest overall Irish swimmer.

With 2 of the 7 Oceans Seven channel under his cap (English Channel and Strait of Gibraltar), this summer O’Keefe starting to hit his stride in the open water.

He chalked up five Irish unprecedented marathon swims in 2012. These included around Cape Clear Island (in the backyard of Oceans Seven swimmer Stephen Redmond), out to Tory Island in the North and 3 stage swims down the Blackwater River.

Leading from behind a clipboard

O’Keefe organized his first charity swim at the age of 15 as an annual memorial to a local drowning victim. Ned Denison described his leadership and organization, “Despite being our most mature, responsible and successful swim organizer at 15, for insurance reasons we needed to get a couple of old guys to be the official safety officer and named organizer.” O’Keefe’s charity efforts continued during his English Channel training. As one of the young icons in his native Ireland, he awarded and featured on national television. Additionally, his reputation and personality were among the reason why he was the Grand Marshall for the St Patrick’s Day Parade, met the Irish President and was in the reception line when the Queen of England paid a visit to Ireland.

Leading through the 21st century

Next month, O’Keefe will host the Irish Marathon Swim Dinner in the Grand Hotel in his hometown of Fermoy, County Cork. Previously a Sandycove Island event held in the confines of a home, O’Keefe not only has 90 confirmed guests, but he has also combined it with the annual meeting of the Irish Long Distance Swimming Association. Other renowned guests include Stephen Redmond, Donal Buckley and at least 40 survivors of the Cork Distance Week.