Nick Adams Keep It Brief About His Long Swims 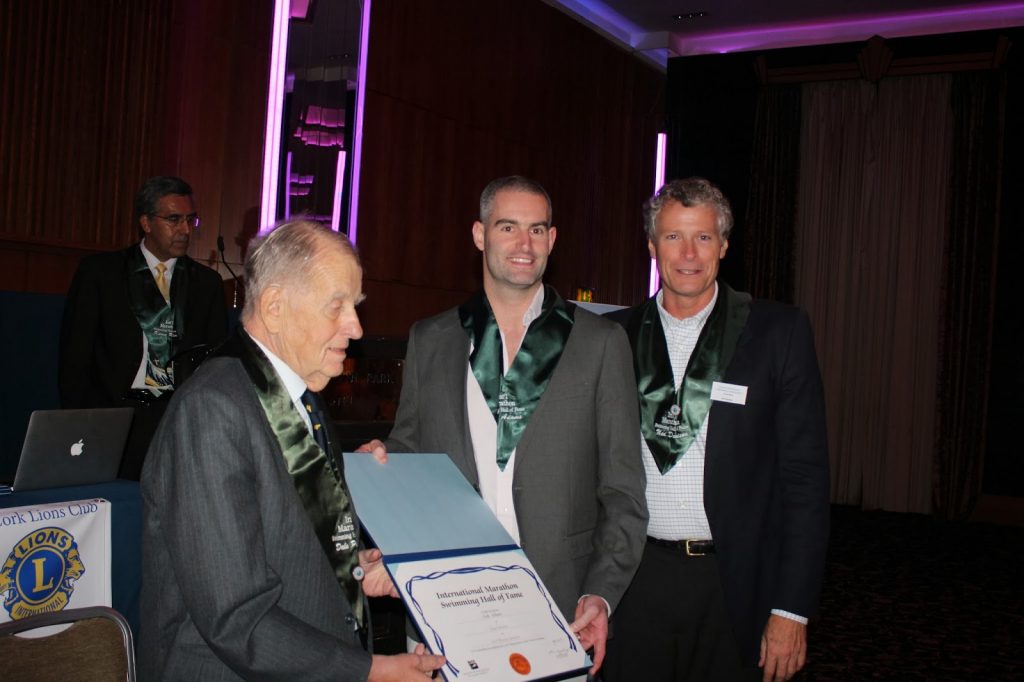 Nick Adams was formally inducted in the International Marathon Swimming Hall of Fame due to his storied career as a channel swimmer and administrator.

Characteristically cool and handsomely humble, Adam kept his acceptance speech as brief as his (two-way) channel swims are long.

The Eton College mathematics teacher Adams has been involved in English Channel swimming since the early age of 15.

He made his first major mark on the channel community when he became the youngest individual to complete a two-way crossing of the English Channel at the age of 16 years. He has completed the English Channel 8 times including a two-way crossing in 27 hours 28 minutes that qualified him for the 24-hour club and has attempted a three-way crossing of the English Channel. He has also swum across the Catalina Channel and the Strait of Gibraltar, is a member of the Triple Crown of Open Water Swimming and the Triple Crown of Prison Island Swims, and is the President of the Channel Swimming & Piloting Federation that is the busiest channel swimming organization in the world.