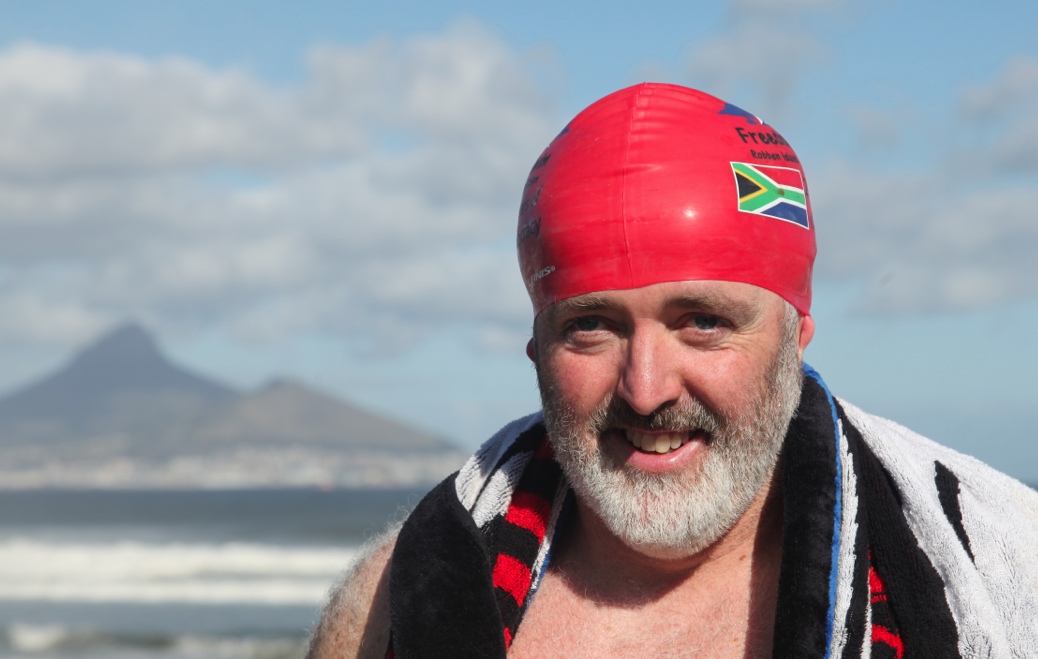 Nick Glendinning is a 47-year-old British open water swimmer who trains year-round in the sea with his follow Felixstowe Swimscapes in Suffolk.

Last week, he became the twelfth person in history to complete the Triple Crown of Prison Island Swims (Triple Break). When he completed the 7.5 km Robben Island to Cape Town swim in South Africa in addition to his Spike Island (Ireland) and Alcatraz Island (U.S.A.) swim, he hit the trifecta of prison island swims.

Glendinning swam through the cold waters in just over 3 hours. “The swim started well, but 45 minutes in, the temperature really dropped to between 10 and 11ºC. After an hour and a half of this, I could start to feel the hypothermia setting in,” he describes. “Just then a large dark shape passed directly underneath me and I sprinted for my support boat fearing it to be a Great White. The crew assured me it had been a seal. Anyway, this got my heart going and after this the cold was less of an issue.” 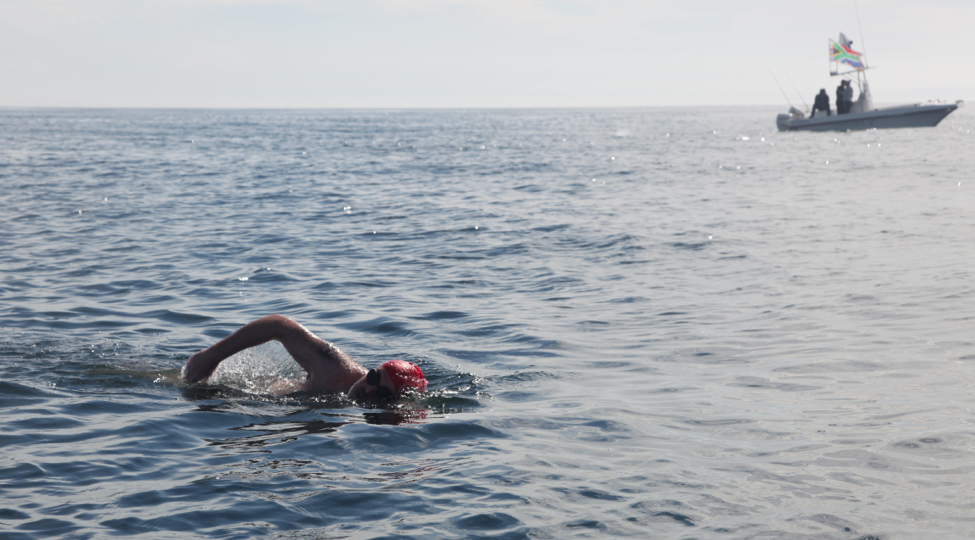