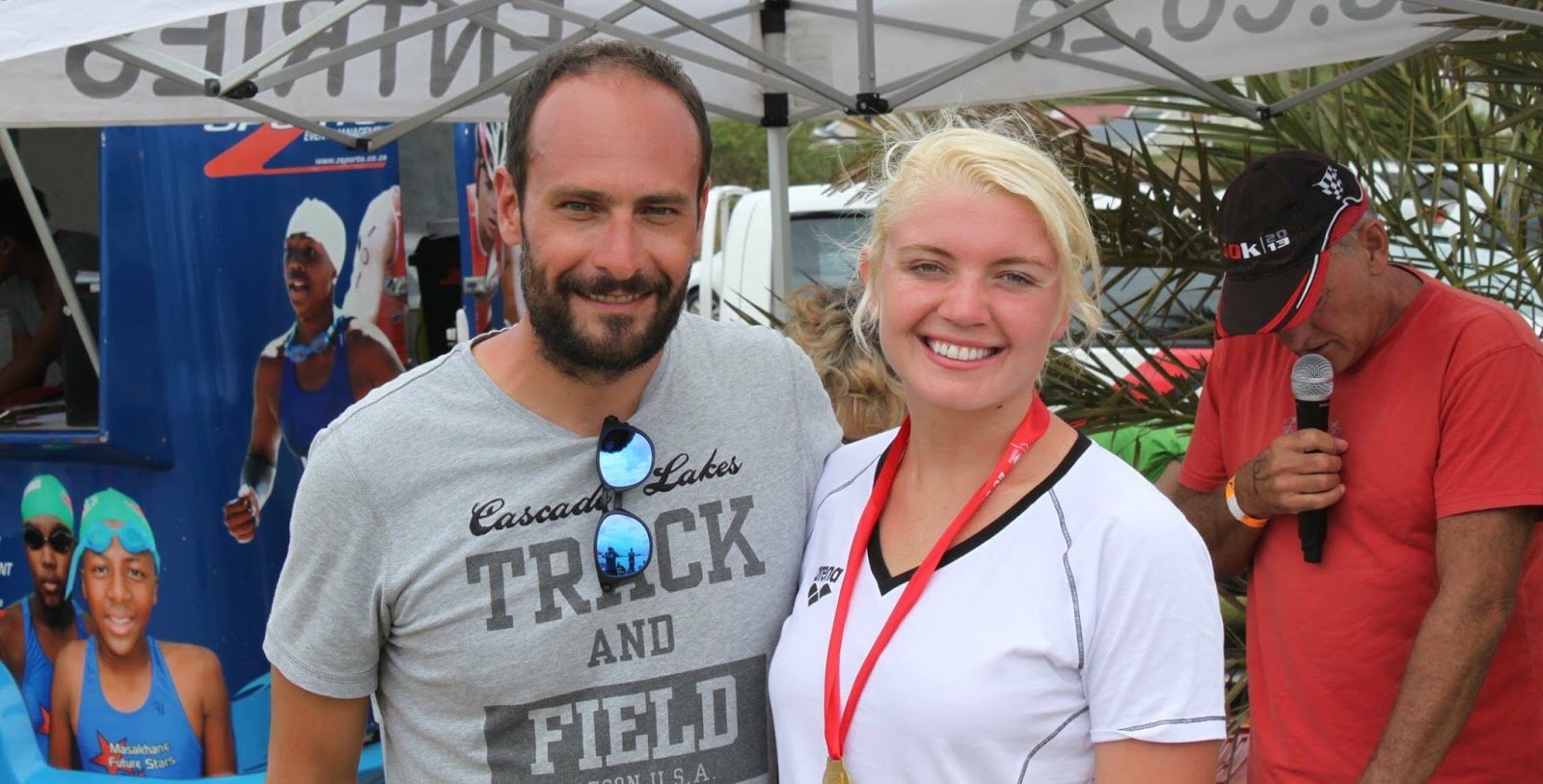 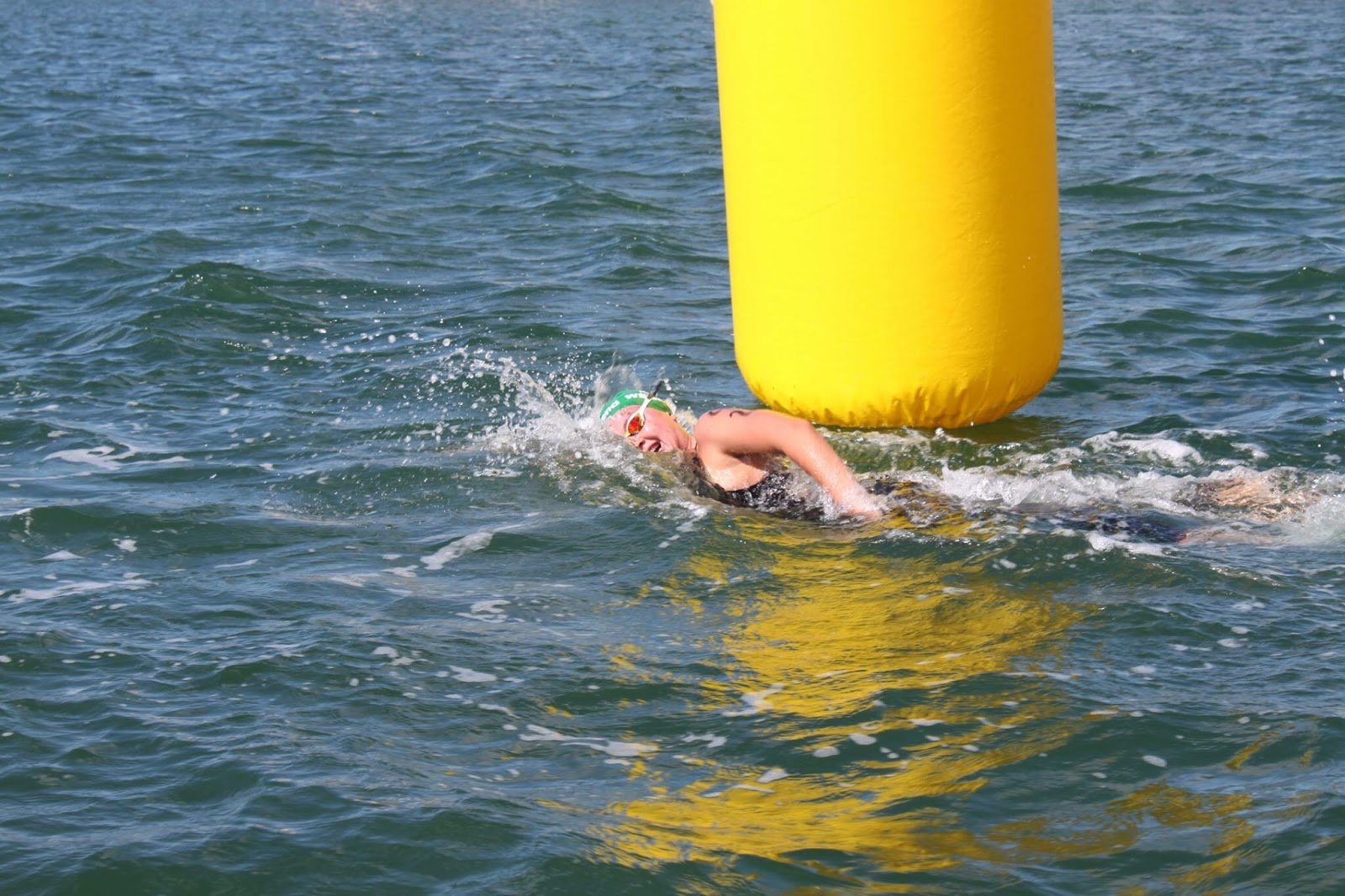 South Africa’s top female open water swimmer Michelle Weber had another strong swim in the 10 km swim at Marina Martinique in South Africa. The 10 km victory was her second in two days at the Eastern Cape Open Water Swim Championships.

Both Weber and Nico Manoussakis doubled up with their two victories during a busy weekend of swimming at Marina Martinique. The two Cape Town swimmers also won the 5 km races on Saturday in windy conditions in Jeffreys Bay.

Manoussakis went out hard at the start of the 10 km marathon swim and finished the Olympic distance swim alone in 2:00:02. He was followed by Haydn Holmes and Kevin Richards who came second and third respectively.

Weber capped off her weekend of racing, winning the 10 km in 2:11:05. She was followed by St Francis Bay swimmer Amica de Jager who qualified for the South African Open Water Swim Nationals with a time of 2:15:57. “The 10 km wasn’t too hard. I just took it as a training swim after the 5 km on Saturday,” said Weber. “For the next month, I’ll be training and also competing at the Midmar Mile this coming weekend, then the Sanlam Mile the weekend after that.

My coach Valerio Cleri has given me the weekend off after the Sanlam Mile, before I come back to Jeffreys Bay to compete in the South African Open Water Championships
.”