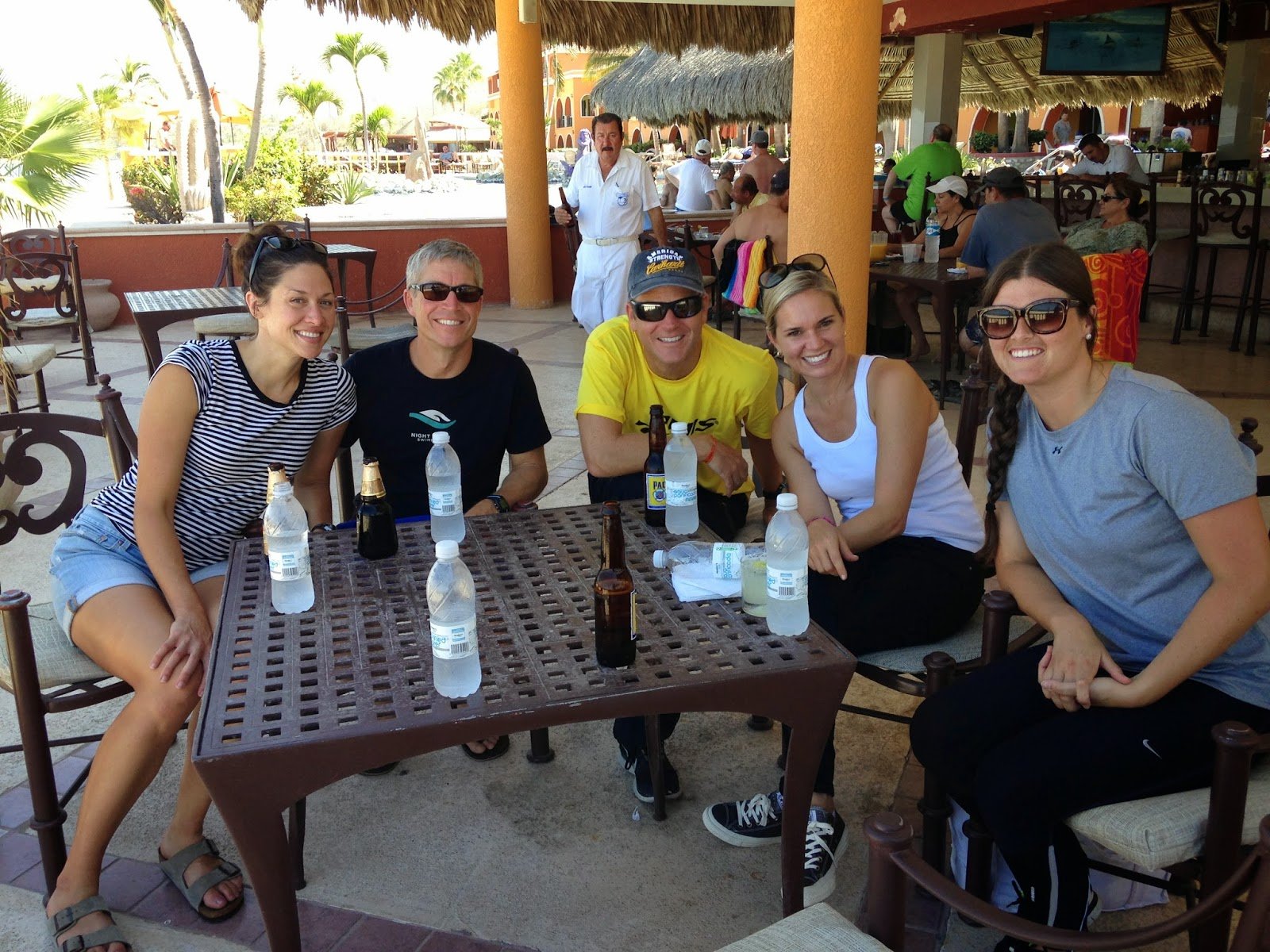 This morning as the Night Train Swimmers (including captains Vito Bialla, Alejandro Abarroa, and Antonio Caballero, and swimmers David Ogden, Mauricio Prieto, Luane Rowe, Richard Ernst, Shannon Navarro, and Susan Moody Prieto) headed out of the harbor in Baja California, they were Walkerized with an escort of at least 50 dolphins.

Via the satellite phone before their scheduled 9 am start, Bialla reported in.

“We were leaving the harbors and at least 50 dolphins were giving us an escort. There are 10 knot winds with the seas about 1-2 feet. With trailing winds behind us, everything is good.”

With the dolphin escort, the team is excited for its 88 nautical mile (101 statute mile / 163 km) Sueño 88 marathon swimming relay across the Sea of Cortez. 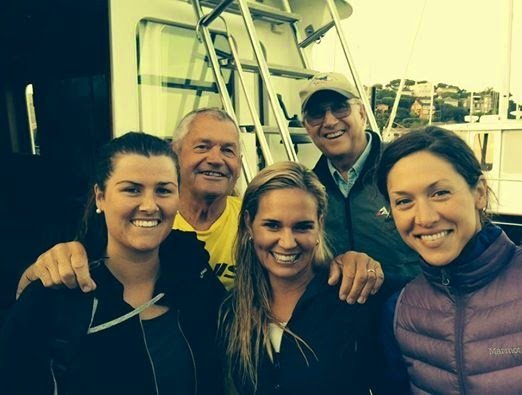 To follow the Night Train Swimmers on the unprecedented Sueño 88, visit here.

Afternoon update: Captain Bialla explains their progress: “Two hours into the relay, the wind is at 8 knots with 90ºF (32ºC). They are swimming fast and are 7 miles into the crossing having a good luck. We are forecasting trailing winds that will push us. Everything looks good.”

It is when the sun sets and the night hours begin when photophobic venomous creatures from the ocean depths may come up and make the swim a bit more challenging. Follow the Night Train here.

Photo shows the team relaxing last night near the start.