No Goggles, No GPS 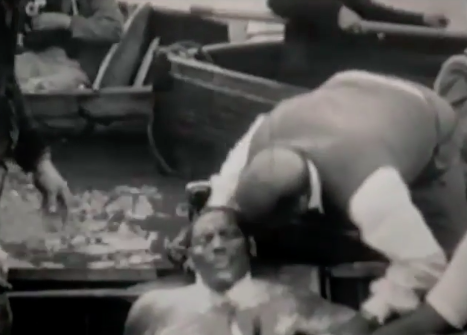 The Grimsby Telegraph published film footage of the 1951 Daily Mail race across the English Channel.

The race was won by Mareeh Hassan Hamad of Egypt in 12 hours 12 minutes over France’s Roger Le Morvan who finished in 12 hours 13 minutes. Footage of the race shows some very different conditions of channel swimming in the 1950’s compared to contemporary times across the Channel:

* Hamad did not wear goggles, although some swimmers include the first woman Brenda Fisher (12 hours 42 minutes) did
* No GPS as it did not exist at that time
* Rowboats as escort boat
* Departures from France’s Cap Gris-Nez

Fisher also won the women’s race in 1954 – see video below. For a detailed background of her achievements and her open water swimming career, read David Cartwright’s comprehensive account here.