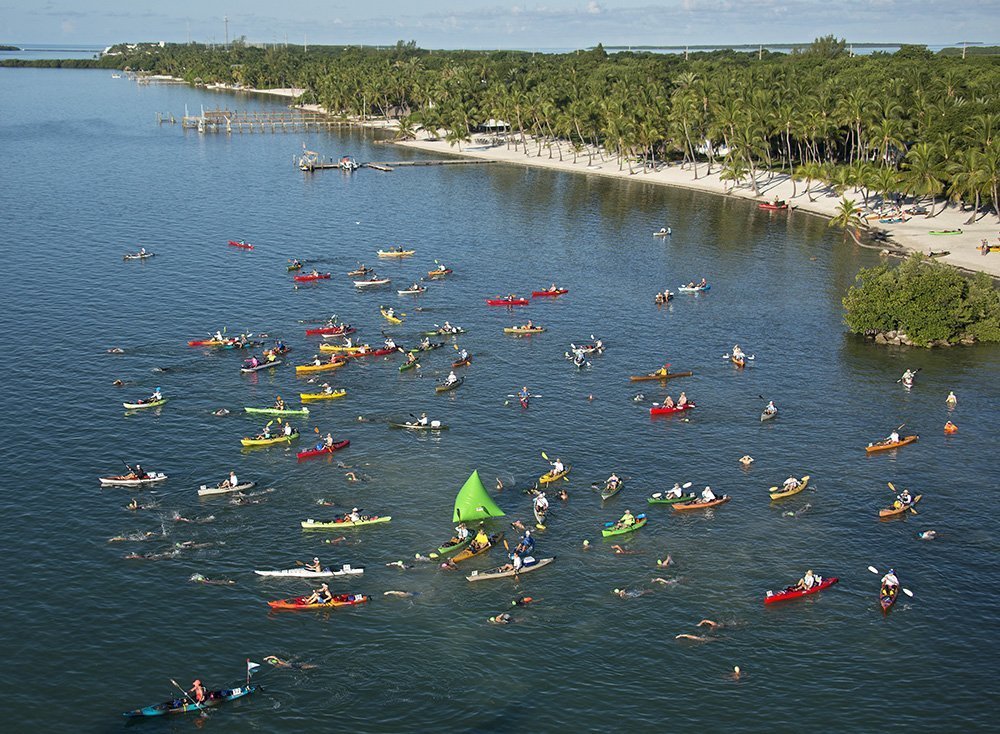 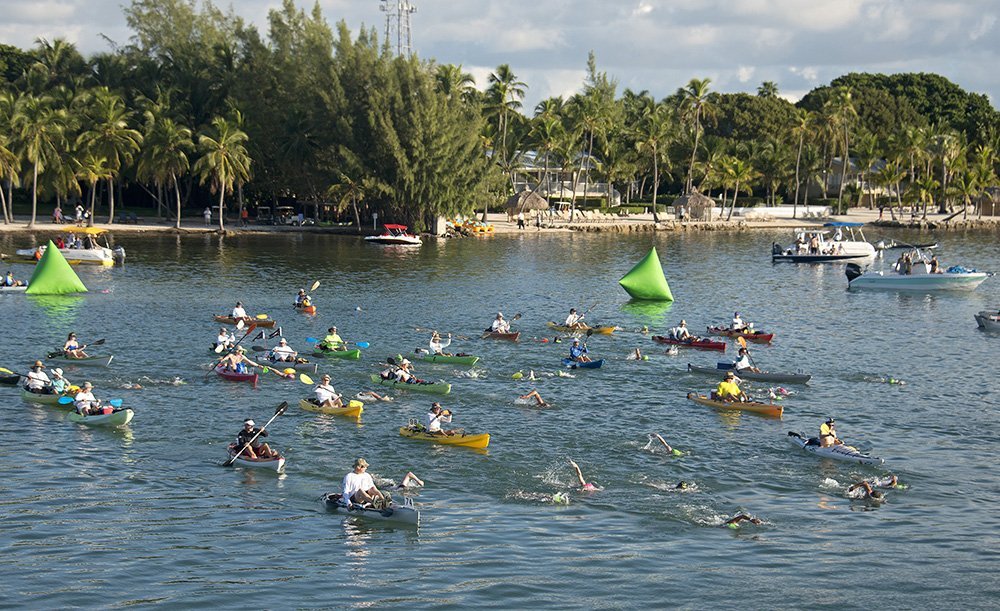 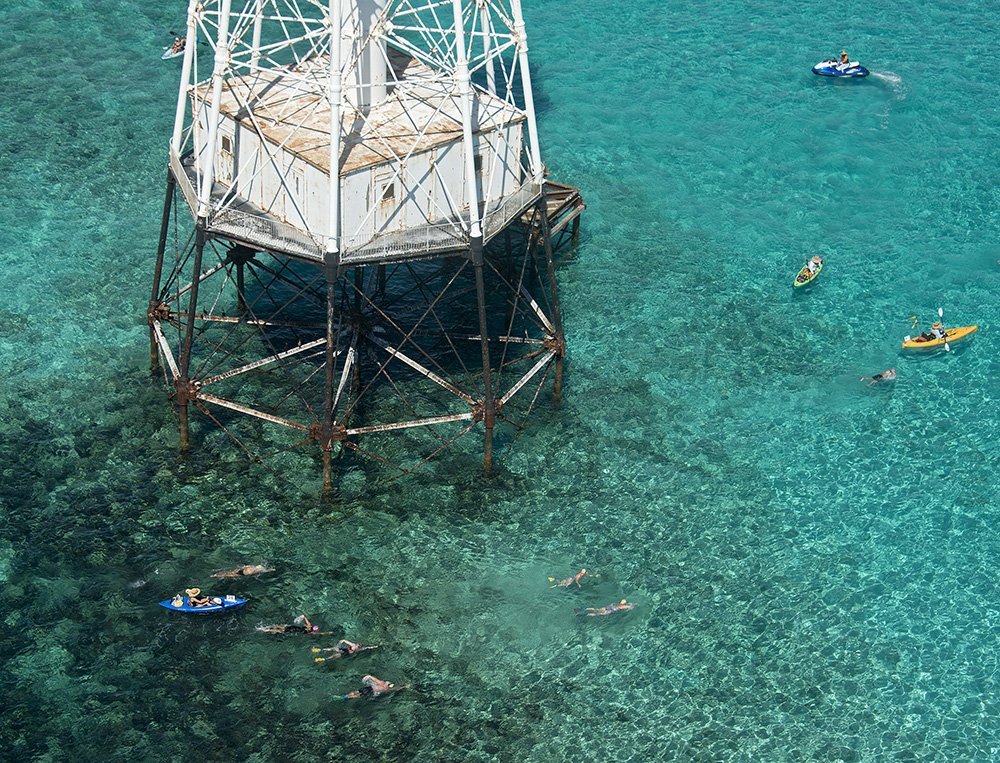 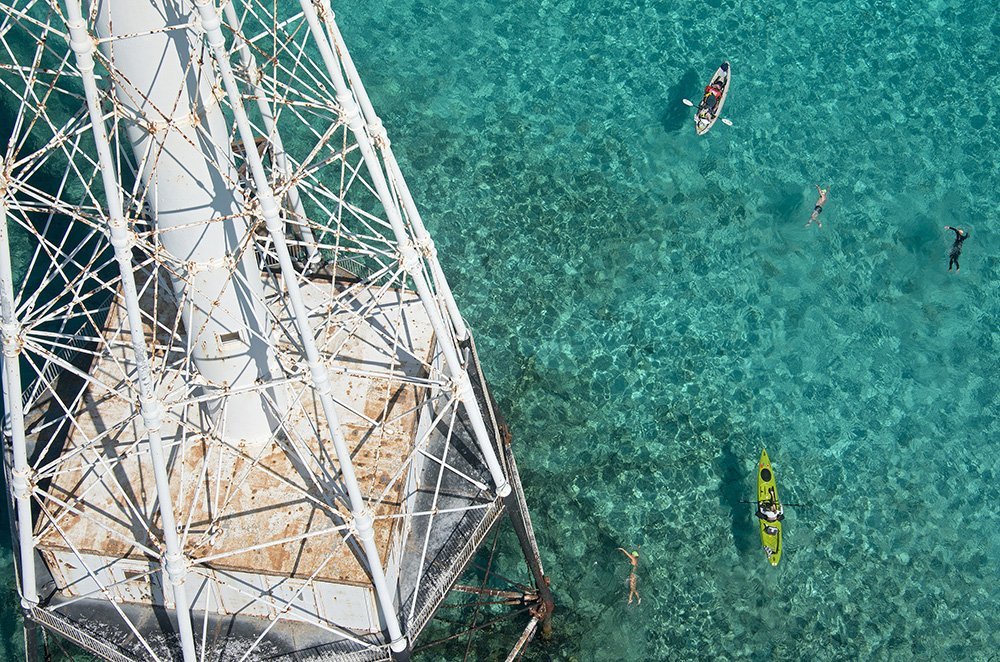 Zhang completed the swim in 3 hours 46 minutes. “This is the craziest race I have ever done. When I came around the lighthouse I saw two turtles and a couple of barracudas. I snorkeled the reef at the lighthouse as a kid, so this was a great excuse to come back to the Keys.

“I wanted to get out fast, keep a good pace and stay there. The guy behind me (Diego De Los Rios of Miami Beach) pushed me, which was good
.”

“The event was staged as a college scholarship fundraiser for Keys students interested in competitive swimming, but also to raise awareness of a need to preserve the 143-year-old Alligator Reef Lighthouse and five other aging lighthouses off the Florida Keys,” explained race director Jonathan Strauss of Miami. 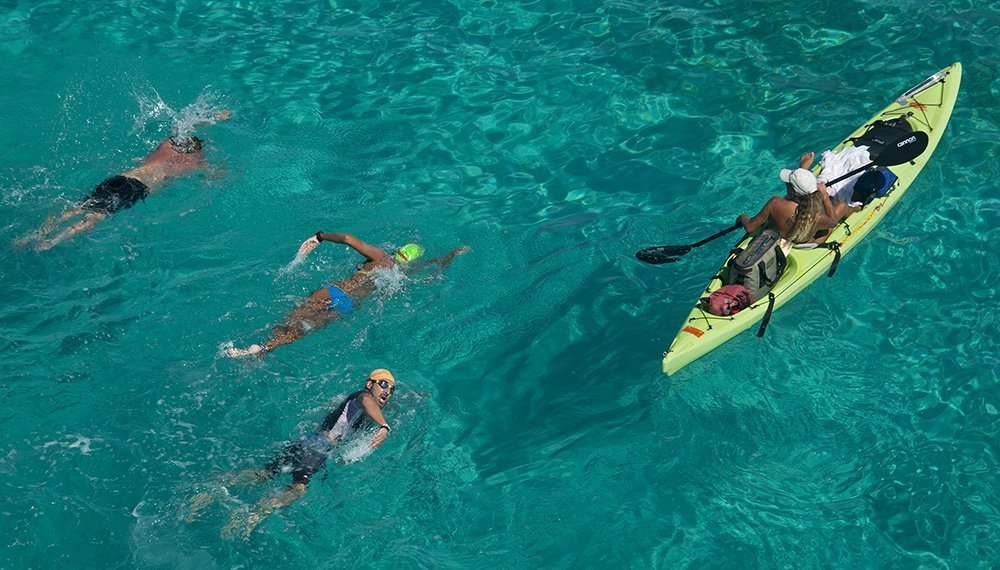 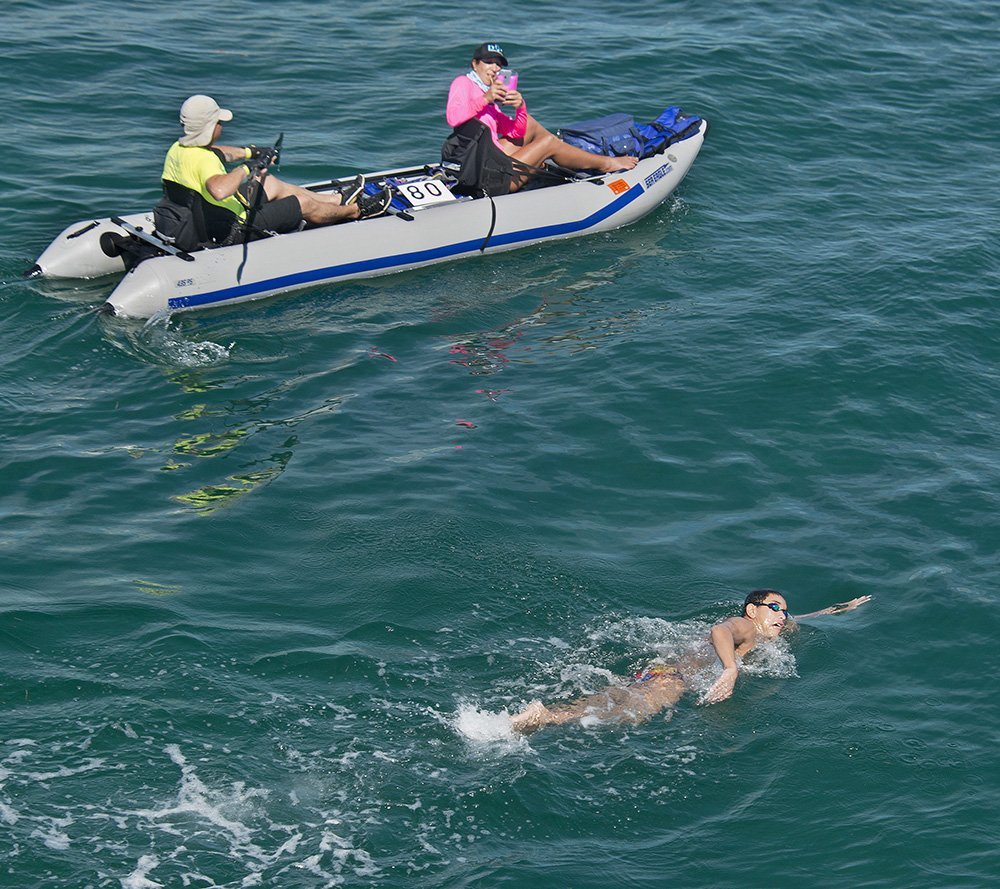 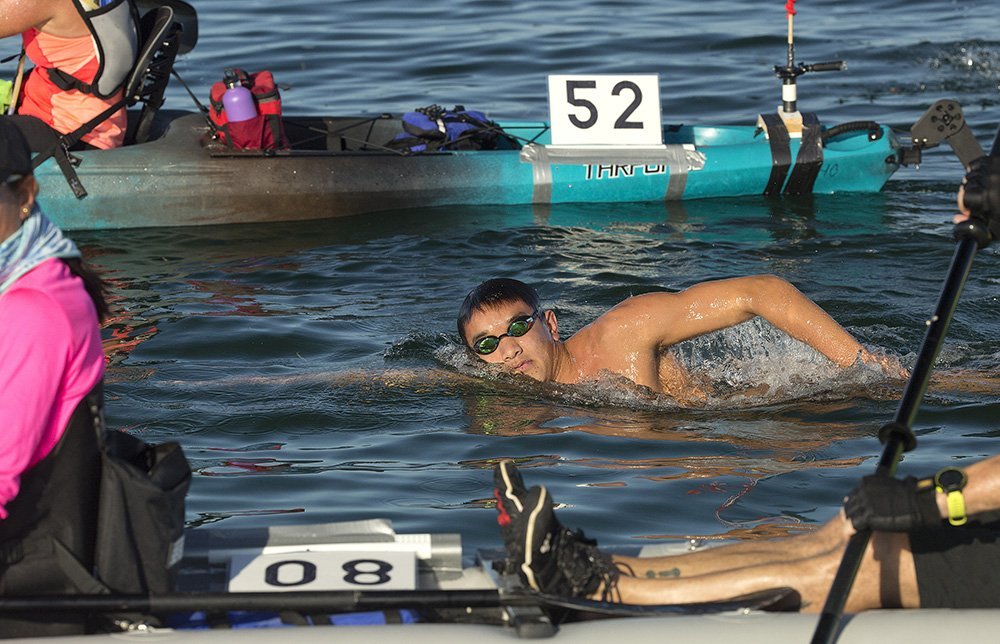