Nominate The Greatest For the Hall Of Fame 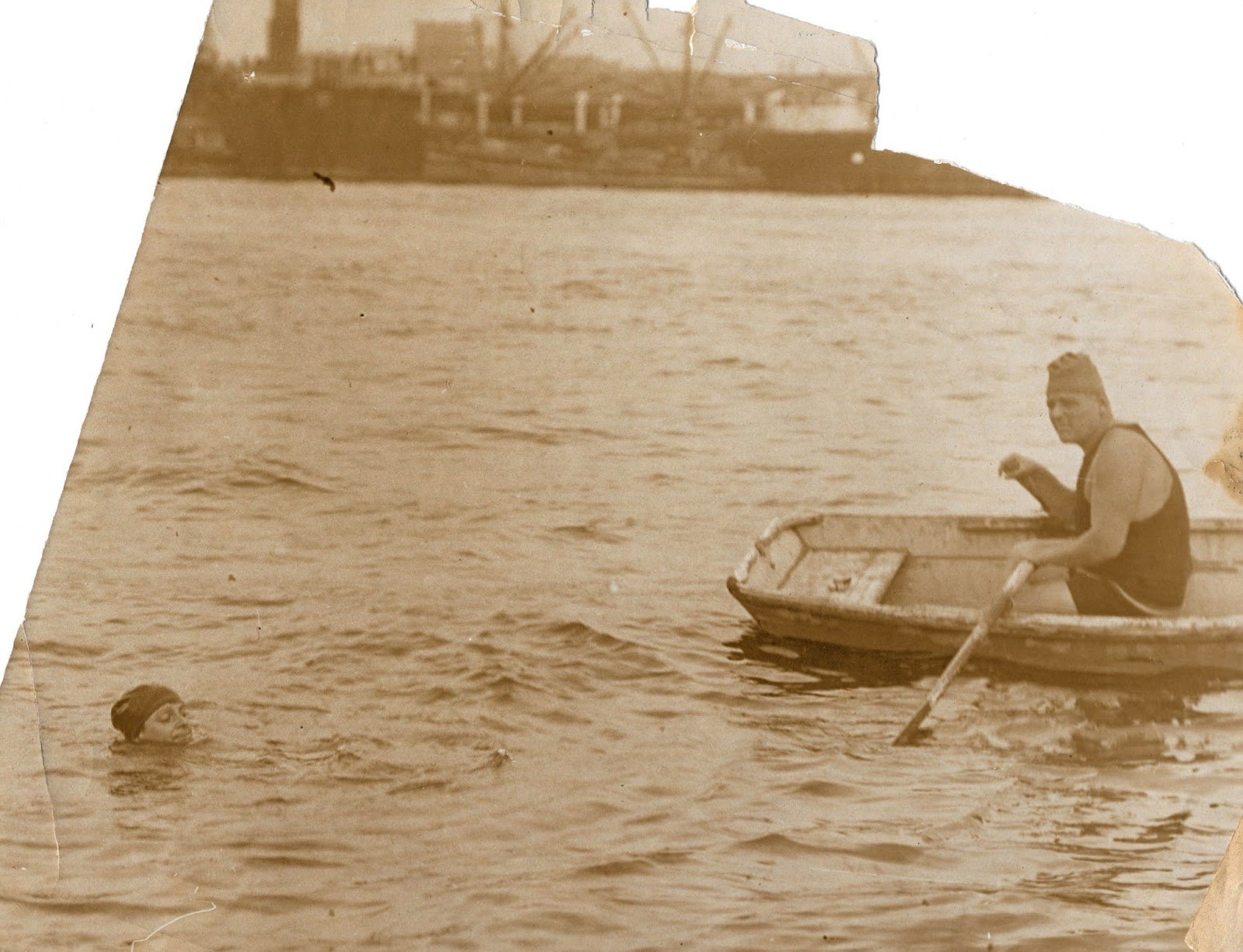 Nominate The Greatest For the Hall Of Fame

Courtesy of Meg Keller-Marvin, International Swimming Hall of Fame, Fort Lauderdale, Florida. The International Swimming Hall of Fame (ISHOF) is accepting nominations for its 2020 Class. Brent Rutemiller, CEO of the ISHOF, explains, “ISHOF honors individuals who have achieved tremendous success in the aquatic disciplines and/or made a significant impact on the sport of aquatics through their lifelong efforts.  Nominations must be submitted along with supporting materials by July 10th 2019.” Nominations can be made by anyone in the following categories: The proper nomination forms can be downloaded here.  Submit online or print a downloadable form and return it via email to Ivonne Schmid via ischmid@ishof.org or Ivonne Schmid, International Swimming Hall of Fame, 1 Hall of Fame Drive, Fort Lauderdale, Fl 33316, U.S.A. Each nominee must meet specific criteria to appear on the ballot: see here. “While the International Swimming Hall of Fame always honors the very best – fastest and most accomplished – athletes and coaches, one category that I think is unique, inspirational and educational is the Pioneer category,” said Steven Munatones.  “While it seems that nearly every achievement is pre-announced, video-taped, filmed and televised nowadays as well as tweeted and posted on Instagram and YouTube and posted on blogs, Facebook and websites, decades ago and throughout the 20th century, many achievements and individuals are lost to history.  Their successes may be buried in newspaper archives, but many of the open water swims are just hidden in people’s archives, photo albums and memories.   If the International Swimming Hall of Fame can unearth and memorialize these individuals – like Ida Elionsky whose exploits were unearthed by Joanna Langfield* in an attic.  People like Ida are real pioneers in the open water swimming world.” For more information please email Ivonne Schmid at ischmid@ishof.org. * Langfield’s grandmother was Ida Elionsky [shown below and above with her brother]. 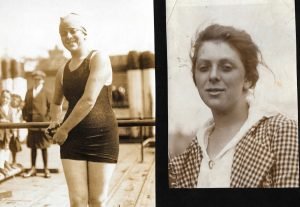 Langfield remembered stories of her grandmother’s swimming.  It did not mean anything specific until after her death when Langfield sorted through her belongings and came across old newspaper articles about how much swimming was intertwined in her and great uncle’s (Henry Elionsky) lives. Elionsky’s record was defined well enough by the local New York media that she was voted in as an Honor Swimmer over 100 years after she initially made a splash in the marathon swimming world.  International Marathon Swimming Hall of Fame chairperson Ned Denison explained, “Ida was the first woman to swim around Manhattan Island in 1916 in 11 hours and 35 minutes at age 13 and held the speed record for 11 years. She drew worldwide attention at the time, but withdrew from the limelight embarrassed by her athleticism (unseemly for a woman) and groundbreaking performance.” Langfield talked about her grandmother who was born in 1903. “My grandmother together with her brother Uncle Henry – Harry was his real name – was the first woman to swim around Manhattan, back in 1916. In that era, girls were not supposed to do this [sort of extreme athletic endeavor]. She was ashamed, even embarrassed.” In September 1916, the brother-and-sister Elionsky duo swam around Manhattan in 11 hours 35 minutes – with their hands and feet bound at least for 3 miles. [Their story is Girl And Buster Swim Around Manhattan Island].  “[Ida], my grandmother, had a father and two brothers, but her mother passed away when she was really young. As a result, she did all the girl’s stuff in the home like cooking and cleaning. This was expected of her in those times. She never really spoke much about her swimming accomplishments,” explained Langfield. “But she was also extremely interested in reading. She would read a dictionary and enjoyed learning from her encyclopedias. We still have her Webster International Dictionary that stands almost as tall as my hand. She would always go look up every word she did not know, but she never went to school. Henry had just an incredible body, 235 pounds. He believed everyone could swim; he had written about this potential by everyone to swim. My grandmother was supposed to help her brother out so she went along. He wanted to prove that anyone could swim so he worked with his sister. [Ida] really loved swimming when she was thrown in the water. We have photos of Uncle Henry rowing a boat while his sister was in the water with her hands and feet tied, swimming. They did the swim around Manhattan and did other swims in New York and Connecticut. They were well-known at the time – both as swimmers and entertainers.” While Ida did not talk much about her swimming achievements, she definitely did not want to talk about her age. “We do not really know how old she was,” said Langfield. “At the time, it was not important to keep birth records and she did not really know her age. In fact, she scribbled out her birthdate on her passport and articles. She has a thing about her age. June 6th 1903 is what we assume to be her birth date. So when she did her swim around Manhattan with Uncle Henry on September 24th 2016, she was, possibly, 13 years old. It was mind-boggling what she did at her age and during that era. They did other swims, but Uncle Henry was the showman, he was friends with Buster Crabbe. They made movies about their swimming.” But Langfield did learn bits and pieces about the most famous swim of her grandmother and uncle. “They face rain and tides around Manhattan; it was not great conditions. Uncle Henry called the media to make a big production of the swim. His theory was that anyone could swim. [Completing the swim around Manhattan] was simply an issue of one’s mindset and training.” Ida, then a young tween, went along and swam well around Manhattan to support her brother. But swimming remained a major part of her life. “She was later in a car accident. The only place that she felt good, some of it was mental, was in the water. She would say, ‘I have to get in the water.’ We grew up in New London, Connecticut and she would swim out in the Thames River to a lighthouse. The lighthouse keepers would chat with this lone swimmer and then she would swim back.” She passed away in 1983, living and swimming a life well-lived with a legacy that helped lay the foundation for a century of continued excellence of women in the open water. Copyright © 2008-2018 by World Open Water Swimming Association