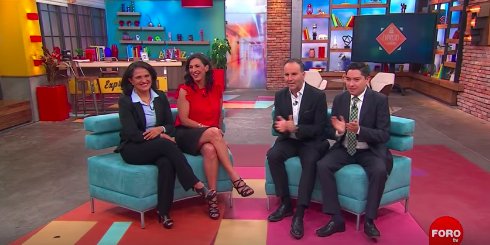 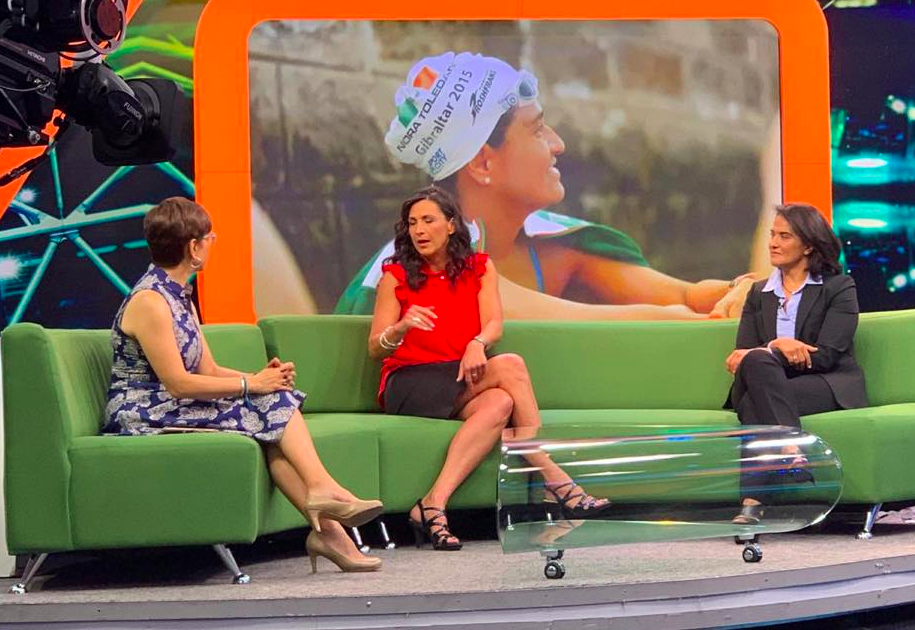 After Nora Toledano Cadena and Mariel Hawley Dávila both successfully cross the Cook Strait and returned home to Mexico, they have been in the Mexican media’s eye with appearances on top television talk shows and popular sports radio programs.

Toledano became the first Mexican woman and the 14th person in history to complete the Oceans Seven when the International Marathon Swimming Hall of Famer completed a tandem crossing with Elizabeth Fry of the Cook Strait in 9 hours 54 minutes.

Toledano wrote, “I feel lucky to be living this adventure with my friends Elizabeth Fry and Mariel Hawley Dávila with whom I shared dreams, seas and strokes.”

Mariel Hawley Dávila became the third Mexican and the 15th person in history to complete the Oceans Seven with an 11 hour 45 minute crossing of the Cook Strait from the North Island to South Island in New Zealand.

Toledano’s radio interview on Vivo Deporte about the Oceans Seven and their last channel swim across the Cook Strait can be heard here: