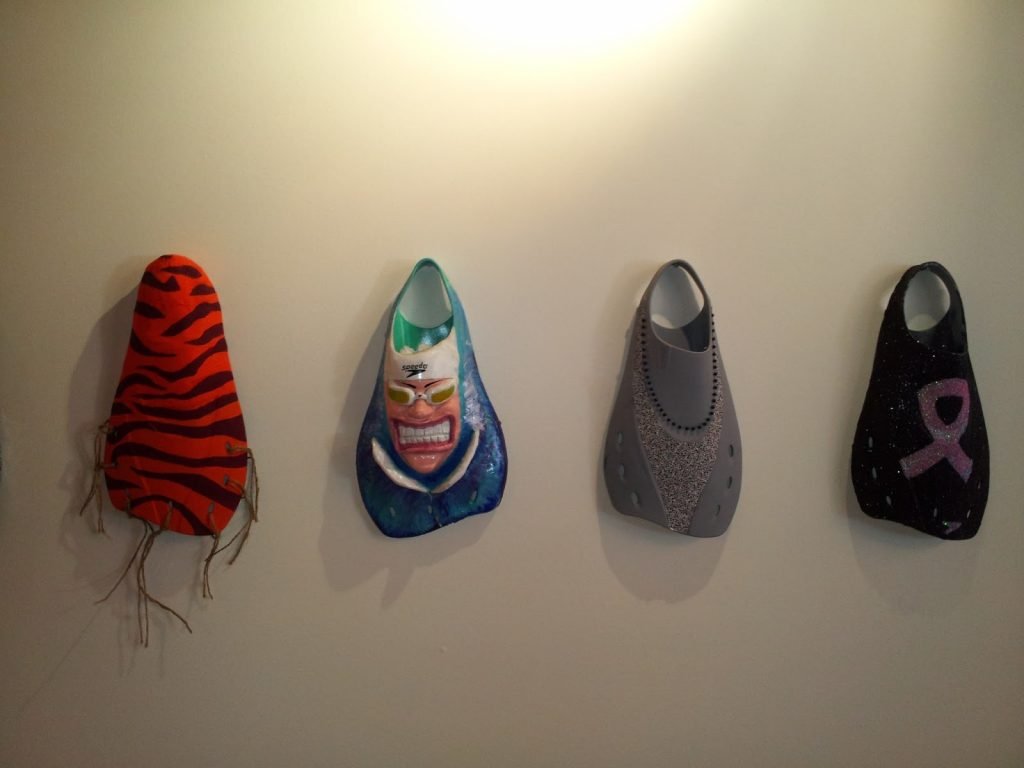 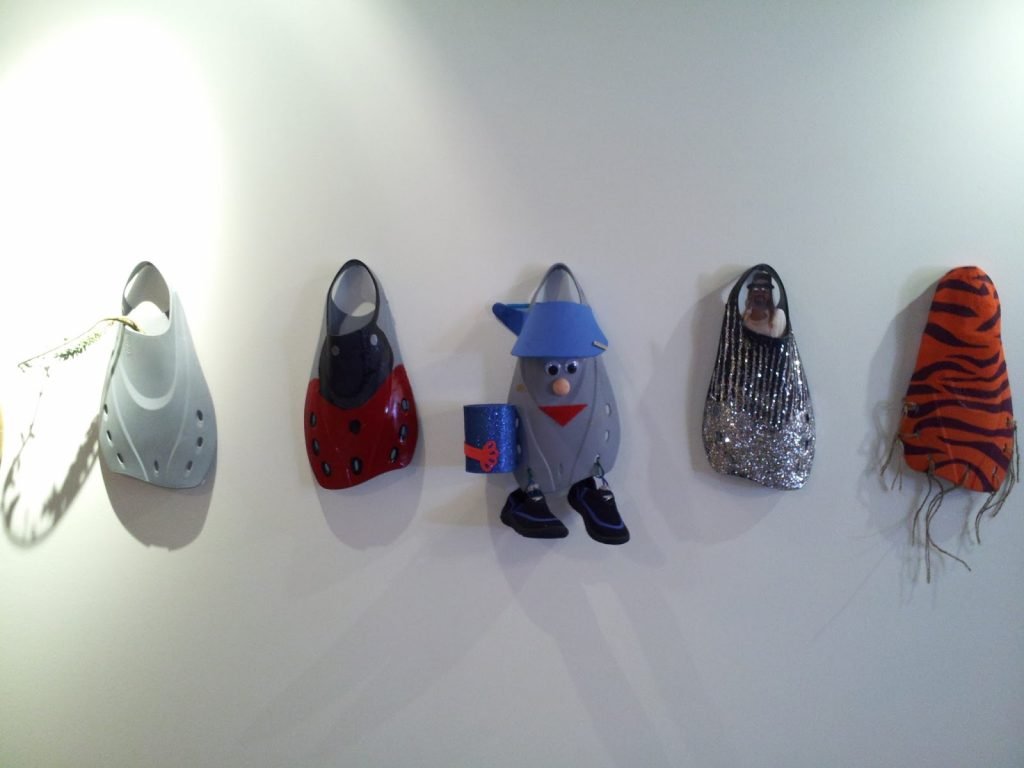 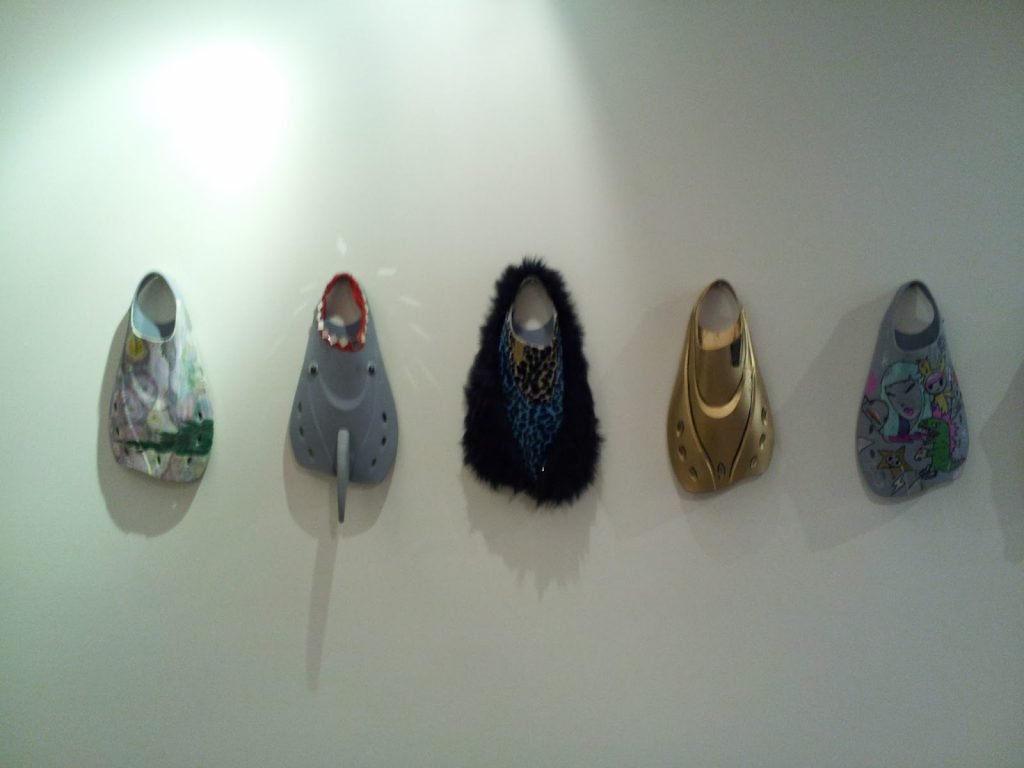 Artists created a whole lotta fun when they decorated fins manufactured by Speedo.

Fins may not be acceptable in open water races, channel attempts or marathon swims, but they are sure a whole lotta fun when skin diving in tropical beaches and for just messing around in big surf while body surfing.

But fins are also used when doing fast-pace kicking and speed work in the pool among elite open water athletes.

We saw Olympic 10K Marathon Swim gold medalist Ous Mellouli do incredibly fast workouts while wearing fins and hand paddles. He was absolutely flying through the water. Not only was his powerful kick nearly propelling himself through the water; his kick looked like it was about to burst Ous OUT of the water. His hands, armed with hand paddles, were stroking gracefully through the water as speeds that took him over 200 yards in nearly 90 seconds. As his hands exploded from entry to exit, his body turned so elegantly as he minimized resistance and maximized his power.

He was training himself to not only swim fast, but also to kinetically FEEL swimming fast in the water. It was important for his body and mind to understand that optimal sensation of power and grace. Using fins and hand paddles enabled him to swim at sustained speeds during workouts that he could not maintain without these aids. But it was teaching his body to appreciate speed; it was enabling him to visualize moving blazing fast; it enabled him to reach speeds that he needed to learn in order to win 3 Olympic medals.