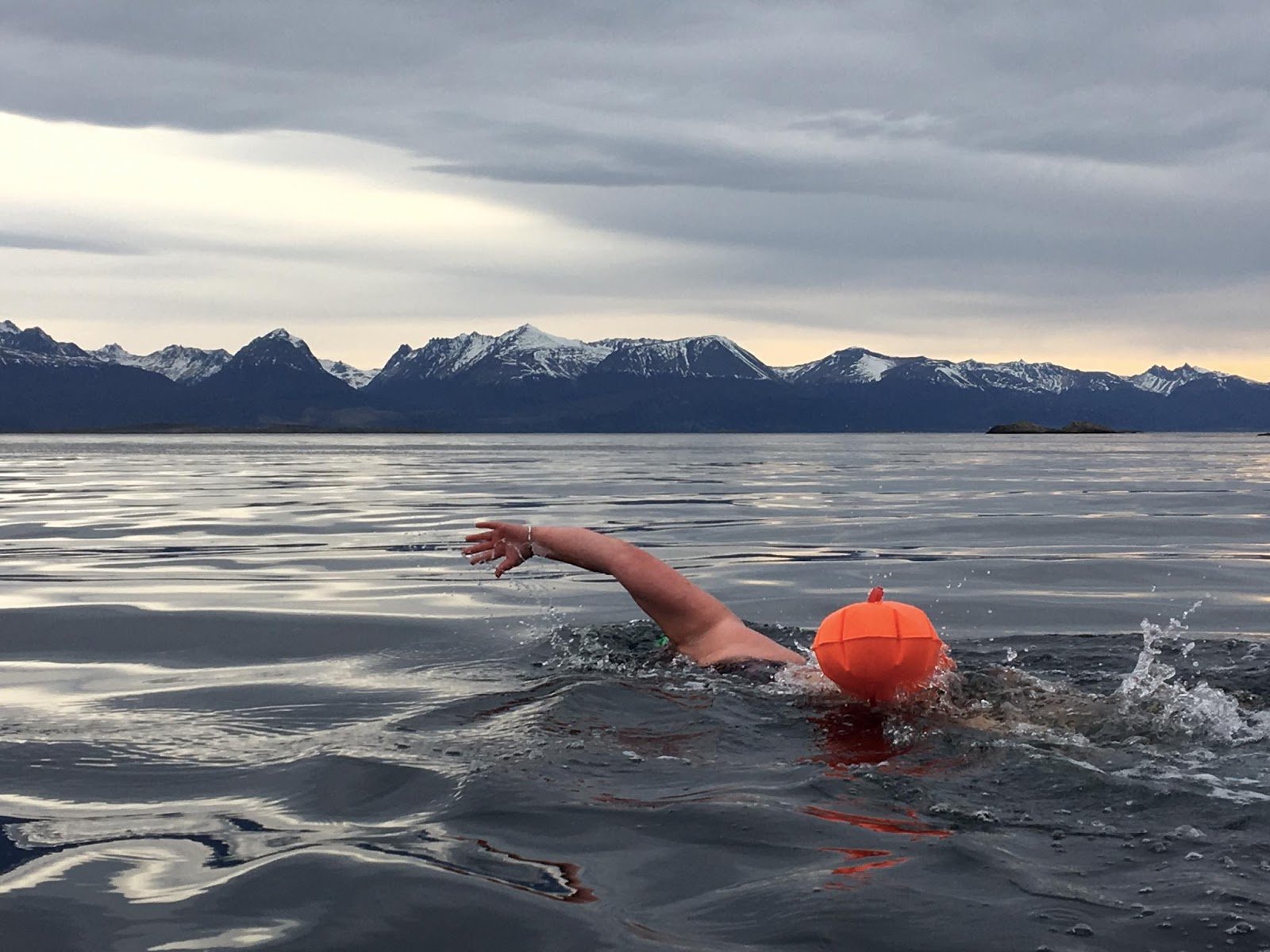 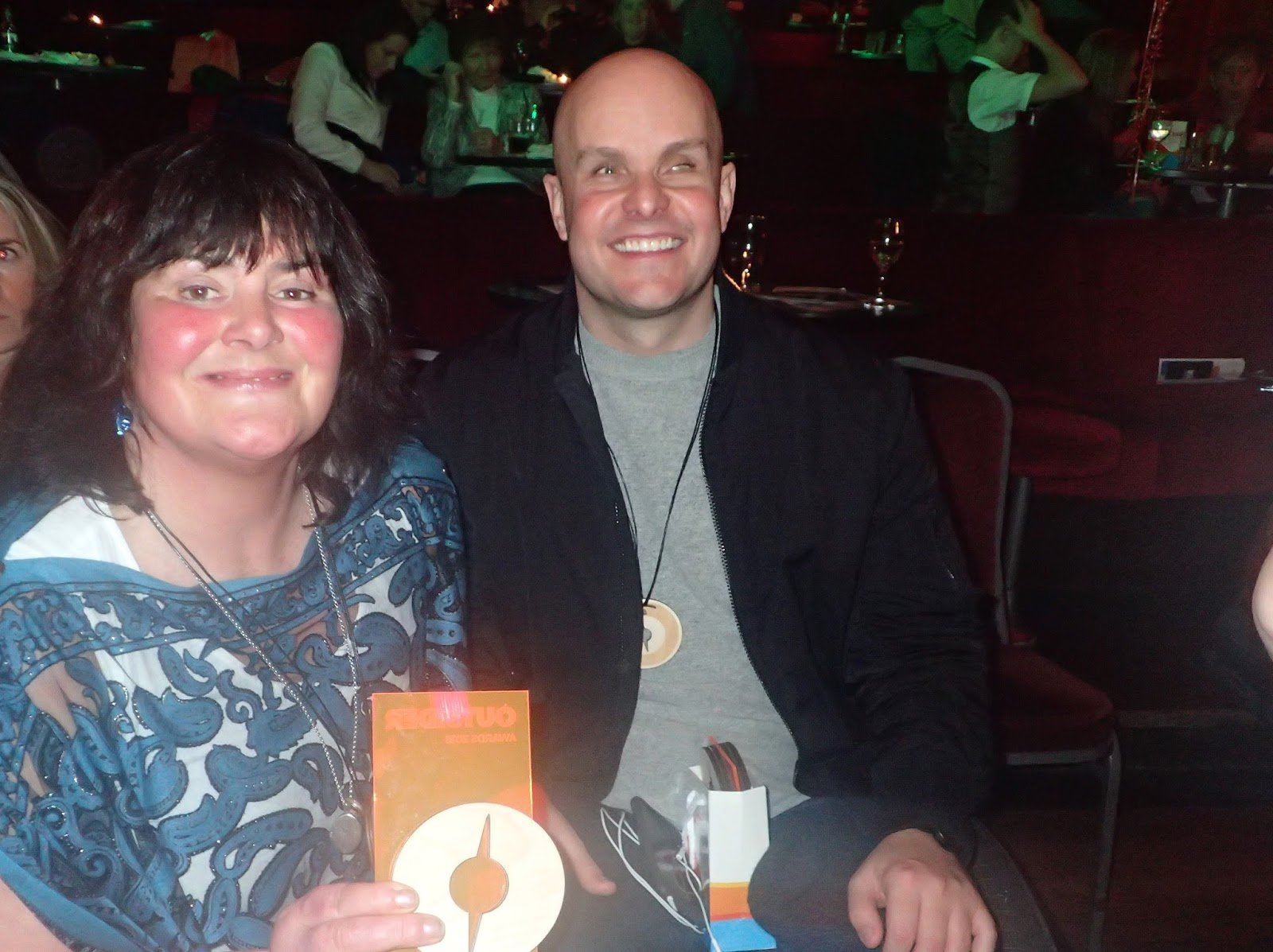 Irish ice swimmer ice swimmer Nuala Moore was awarded the Masters Award Outsider Adventurer of the Year for 2016 by Outsider Magazine at the Sugar Club in Dublin last night.

“The other nominees [in my category] had some huge achievements on the mountain and in their own expeditions so I was over the moon to be awarded this mixed category. I went to the stage quickly humbled to be included with these amazing adventurers including Óisin Creagh (glided 3,000 km from Ireland to Africa), Richard Donovan (ran 3,000 km over 62 days across Europe), and Lynne and Noel Hanna (first couple who climbed Mount Everest from both the south and north sides of the mountain),” recalled Moore.

“I was quite excited to be thought of in this company. It was so beautiful to see the ice swimming being acknowledged and honoured on the adventure stage, but also getting the respect for some of the swims we take on and to hear it being spoken about with awe. It was beautiful to hear from a group of people who understand boundaries of spirit.”

Moore took her Outsider status quite literally during 2016. “I focused on swimming in remote locations. This award was special to me especially because in a 2-week period I was inside the Arctic Circle in Murmansk. Then 2 weeks later, I was in Ushuaia, Tierra del Fuego at the End of the World. [So I went] from the biggest city inside the Arctic Circle to the End of the World where we relayed across the Beagle Channel and also completed a 1000m solo swim.

I also travelled to remote Krasnoyarsk in Russia, 8000 km from my home in the River Yenesie and won the Russian 1000m in 1°C water. I also competed in two World Championship events so it was lovely to hear it acknowledged
.”

It is interesting to listen to Moore compare her experiences in icy cold water with the perspective of mountaineers with which she shared the stage at the Outsider Awards. “The main similarity which we share with the mountains is the greatest risks happen on the descent from the summit and in the ice on one’s recovery. So I feel we share a lot of mutual respect in discussion with the adventurers. The concept that [the challenge] is only over when the swimmer is recovered is the same as the climber returning back to their base. Not many sports share this bond: that the summit is only halfway home. It is the same with us and it was fabulous last night to chat with my heroes of the sport.”

Mark Pollack is a blind expeditionary who completes expeditions to Antarctica and up and down mountains [shown above with Moore at the Outsider Awards ceremony. Pollack explained what motivates him – with obvious similarities to open water swimmers and ice swimmers. “Competing is about the balance between success and the possibility of failure.”

Moore expanded on Pollack’s observation. “Success tinted with risk is so sweet. That is what has always excited me about the ice – and why I continued swimming. I saw our vulnerabilities years ago. I saw the days when we had to stop because it became too much. On many of the swims a few years ago, success was about just hanging in there. Now it is a certainty for most.

I love the adventure side of the sport. I love the wonder of open water, I love the excitement of sliding over the rib and into the depths and trying to stay with the focus. So the Adventure Award for me is special, mainly for what it represents for own journey
.”