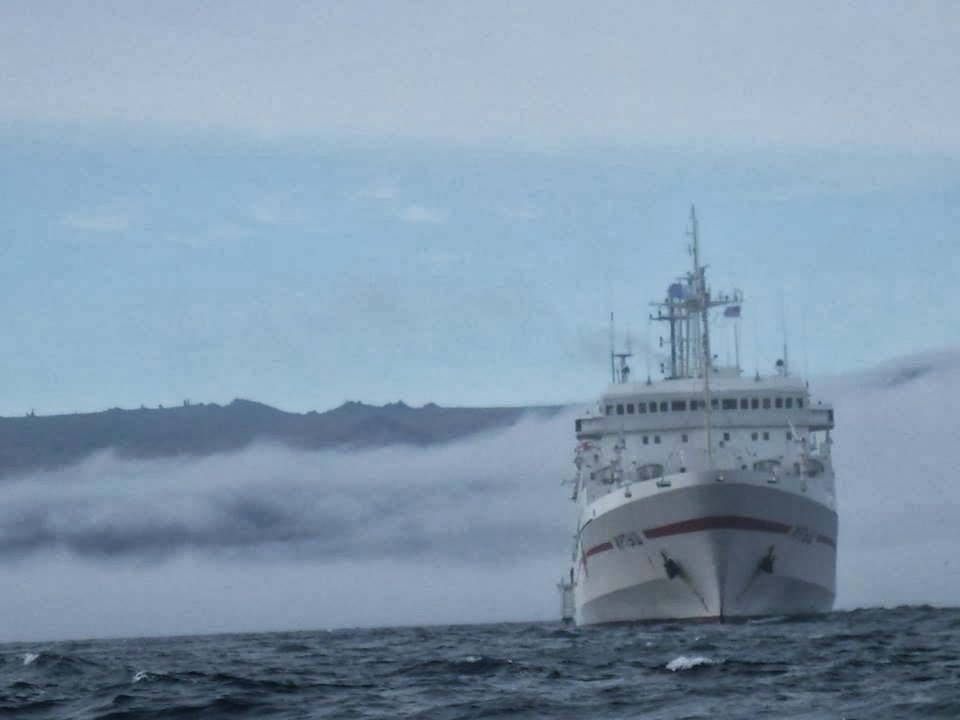 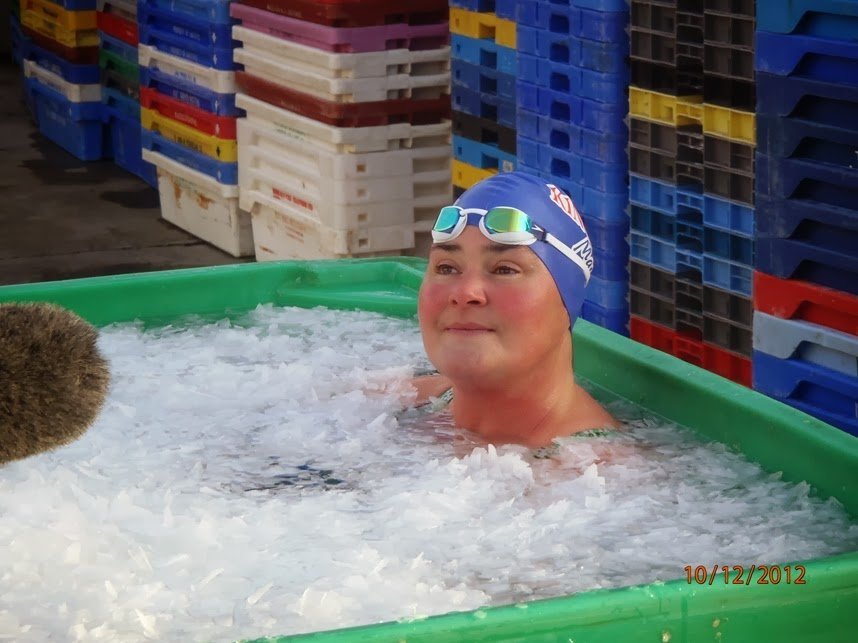 When the World Open Water Swimming Woman of the Year nominees were considered, individuals with exceptionally inspirational exploits, histories and lifestyles were selected.

Given the criteria, the choice of Nuala Moore was a slam dunk. Not only did she participate in ice swims around the world swimming 1 km in water that was near 0°C, but she also was an integral part of the Bering Strait Swim and the Irish Long Distance Swimming Association with its busy summer of North Channel crossings. And true to her nature, she was always taking interest in and care of others on her team.

“The medical crew we had on the Bering Strait Swim on the ship Irtysh (photo above) was incredible,” she describes. “What swim ever had a crew of this magnitude at our disposal? 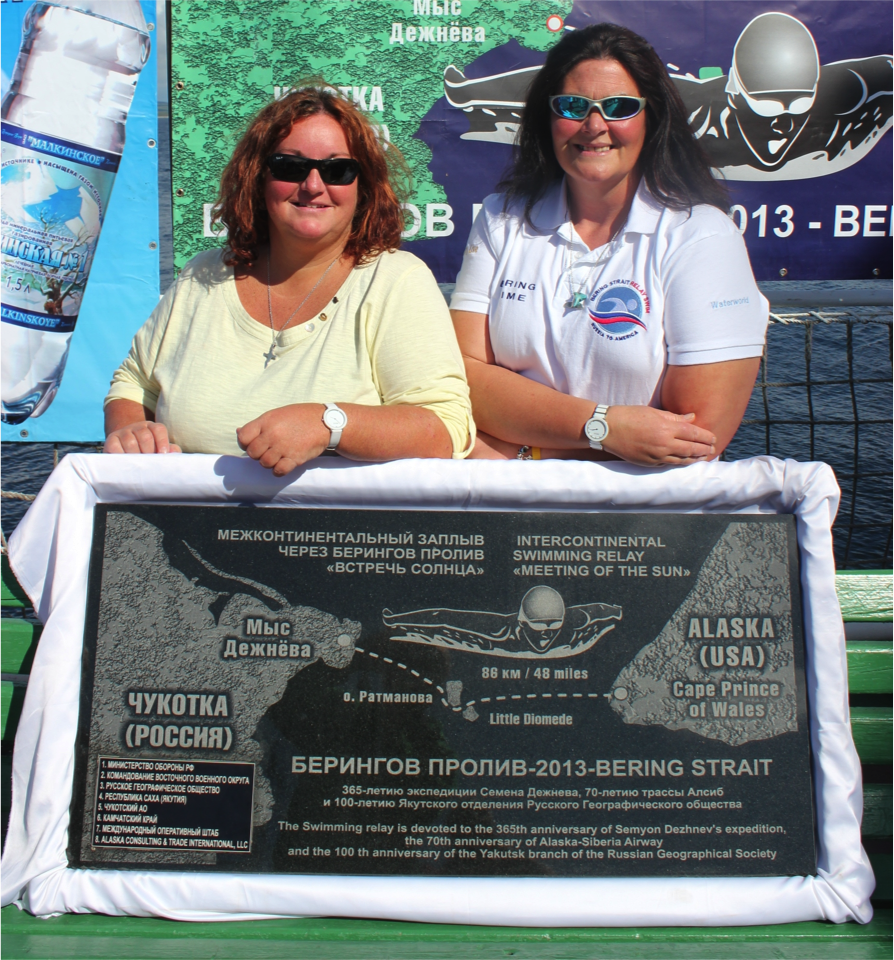 The ship is their work place but they were there for us and without a doubt, they endeavored to divert many a challenging situation
.” Under the leadership of Doctors Nataliya and Irina, the medical staff took care of 3 swimmers every 45 minutes arriving on the ship after being exposed to the weather conditions and water temperatures between 2.5-10°C. “They worked so hard in helping all the athletes recover. For the first few days, they worked day and night, all the same staff and then they all had other duties on the ship.”

She encouraged, she helped out, she listened, she lent a friendly ear to all, and was relentlessly positive and never short of handing out compliments. “It was just so comforting to see the intensive attention to detail that was there on the Irtysh.

Graciously making tea, enthusiastically swimming her legs, cheering on her teammates, cleaning up in the kitchen; those are the activities both small and large that make Moore the person she is. As her nomination reads, “She worries about the sport’s nitty-gritty details, but she also has a great capacity – and compassion – to see the big picture. She ably and tirelessly handles the paperwork on land, and can also swim in as extreme conditions as Mother Nature can deliver. As the Secretary of the Irish Long Distance Swimming Association, she quietly and professionally manages the administration part of the equation. As an ice swimmer, she represents Ireland well in frigid waterways around the world. For her unsung dedication as a volunteer board member, for her participation in the unprecedented 6-day Bering Strait Swim, for her ice swims and her unwavering, unfailing support of swimmers of all abilities, Nuala Moore is a worthy nominee for the 2013 World Open Water Swimming Woman of the Year.