Number Of Athletes At The World Open Water Championships 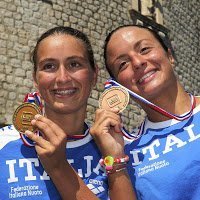 147 of the world’s best open water swimmers from 30 countries will be competing in the 2010 World Open Water Swimming Championships in Lac St-Jean in Roberval, Quebec, Canada from July 15-23.

France, Italy, Russia and the USA are sending the largest delegations with 12 swimmers each.

The swimmers will compete on a 2.5K rectangular course between the Place Hydro‐Québec Roberval and the Roberval Marina, near the shore and breakwater with unobstructured views of the entire circuit for spectators and the media.