Ocean City Bests Lifeguards Up And Down The East Coast 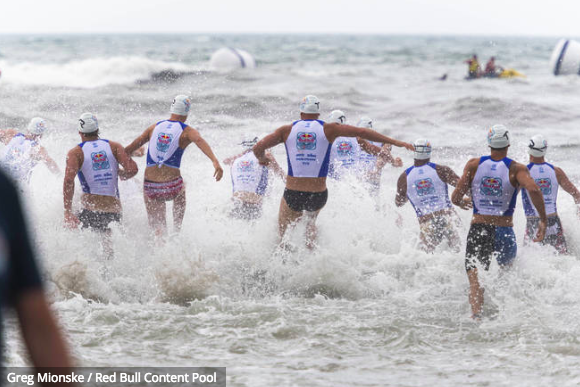 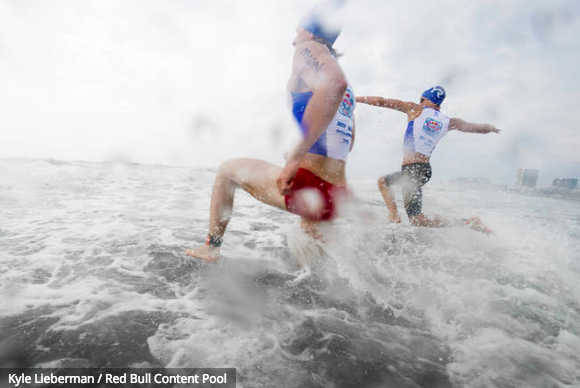 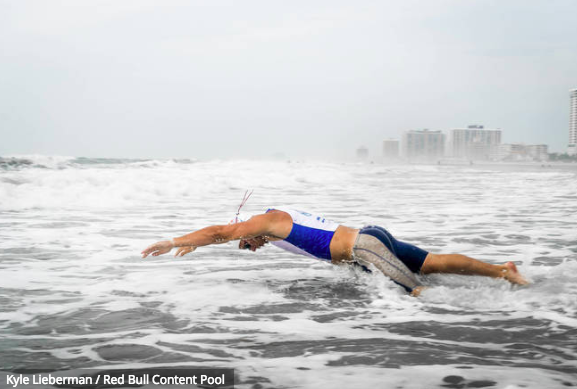 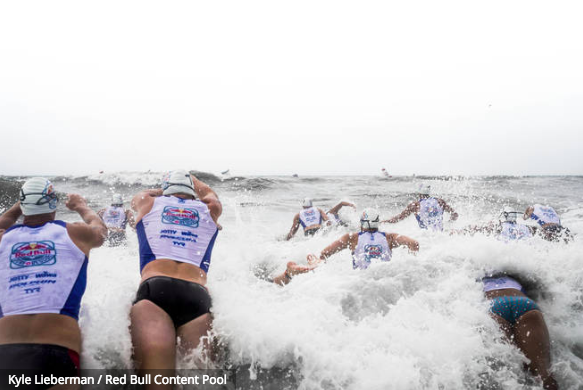 But the entire competition was touch-and-go with an impending storm just offshore. “With the support of the U.S. Coast Guard, we were receiving updates every 30 seconds on the weather system that was about to hit shore,” said race director Bruckner Chase. Based on the latest and most accurate information available, Chase and the organizers were not only able to offer the elite beach patrols rough conditions to showcase their skills, but were able to conduct the ultimately shortened event all the way up to the point when thunderstorms made the event unsafe to continue.

Chase informed the competitors – who had prepared for four knock-out rounds – that the race could be called at any point due to the weather conditions. So, right from round one, the intensity and competitive juices were evident among the 50 lifeguard teams from the states of New York to Virginia.

The competition was designed to showcase the precise athletic skills that are required by lifeguards under normal and extraordinary conditions: running on the beach, sprinting in and out of the water, and paddling.

Ultimately, weather prevented the competition to go beyond two rounds, but at the end, the Ocean City Beach Patrol won as the ever-increasing winds and waves got too much. The victory solidified New Jersey’s annual dominance in the Red Bull Surf + Rescue competition: four wins in four consecutive years.

“It felt good to be the champions this year. We train hard and often in these conditions because we work the beach everyday,” said Maggie Wallace of the Ocean City Beach Patrol who has represented the USA in international open water swimming competitions. “We’ve seen it before and know how to navigate it.”

Bruckner had planned this year’s competition to feature a four-round elimination format that included a grueling double rescue scenario of a Paddle Pick-up and Swim Rescue. But weather led to a modified two-round format that included all 50 teams competing in a 250-meter box course Surf Swim relay followed by a 500-meter apex Paddleboard Relay as the threat of thunder and lightning came closer and closer to shore. 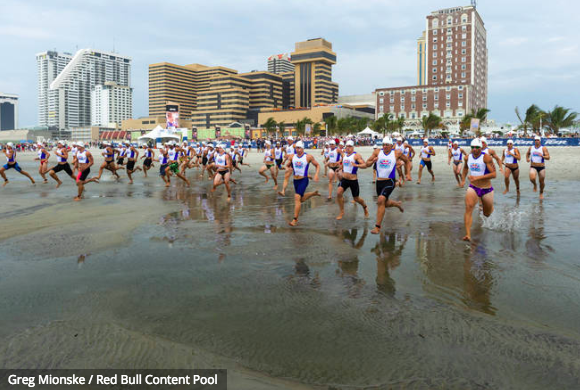 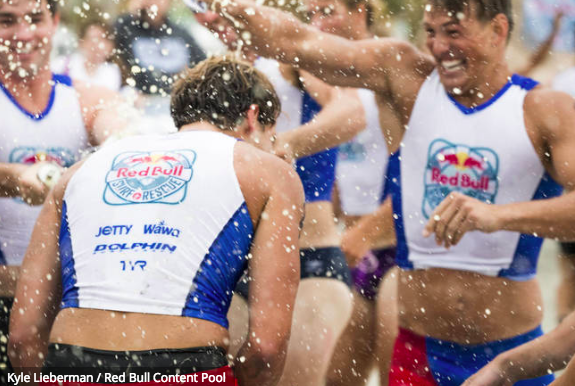