But the needs of open water swimmers have not changed. Swimmers still chafe after long periods of time in the water.”

Marathon swimmers, channel swimmers, triathletes, and others have long used various kinds of grease and lubricants to prevent chafing on swims of all kinds and reduce the uncomfortable rubbing of skin-on-skin and swimsuit-on-skin. When lanolin became more difficult to purchase for the average consumer, Edward Beck, a pharmacist from Australia, jumped into the vacuum.

Beck recognized the growing need and developed Ocean Grease, a range of anti-chafing lubricants made from a combination of anhydrous lanolin (wool fat) and petroleum jelly.

It all began in 2014 when Edward served as support crew for his younger brother at the Rottnest Channel Swim in Western Australia. Edward supplied him with wool fat to help minimize his chafing. Edward knew that swimmers had come up with their own mixtures of lanolin, Vaseline and various ointments blends, so he tried to make life easier for open water swimmers and developed Ocean Grease. 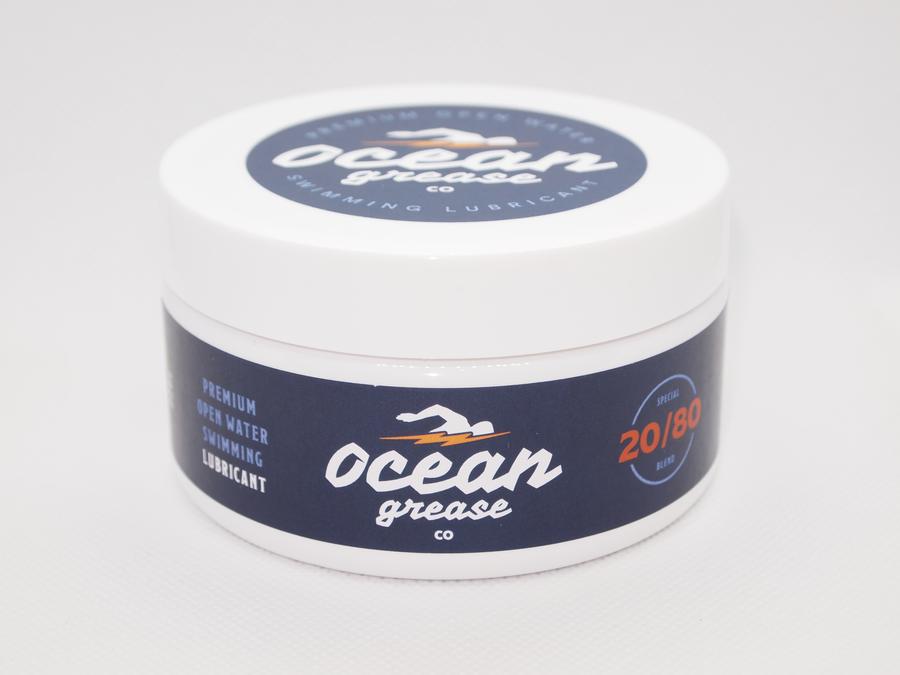 From his perspective, there is no optimal anti-chafing combination for every individual so he created an Ocean Grease product range including: