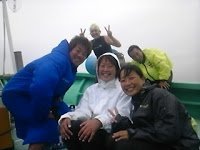 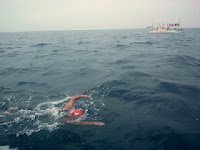 The mixture of veterans and newcomers started a bit nervous in the early morning at 3:52 am, but gradually picked up confidence as they quickly crossed the Tsugaru Channel, navigating the point-to-point 30 km course in wetsuits in 9 hours 38 minutes with plenty of smiles to spare.