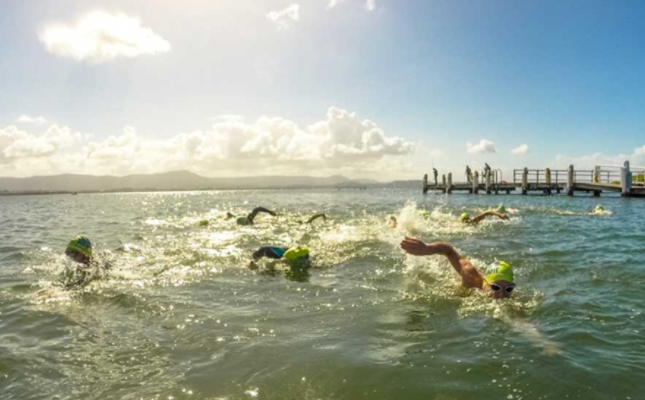 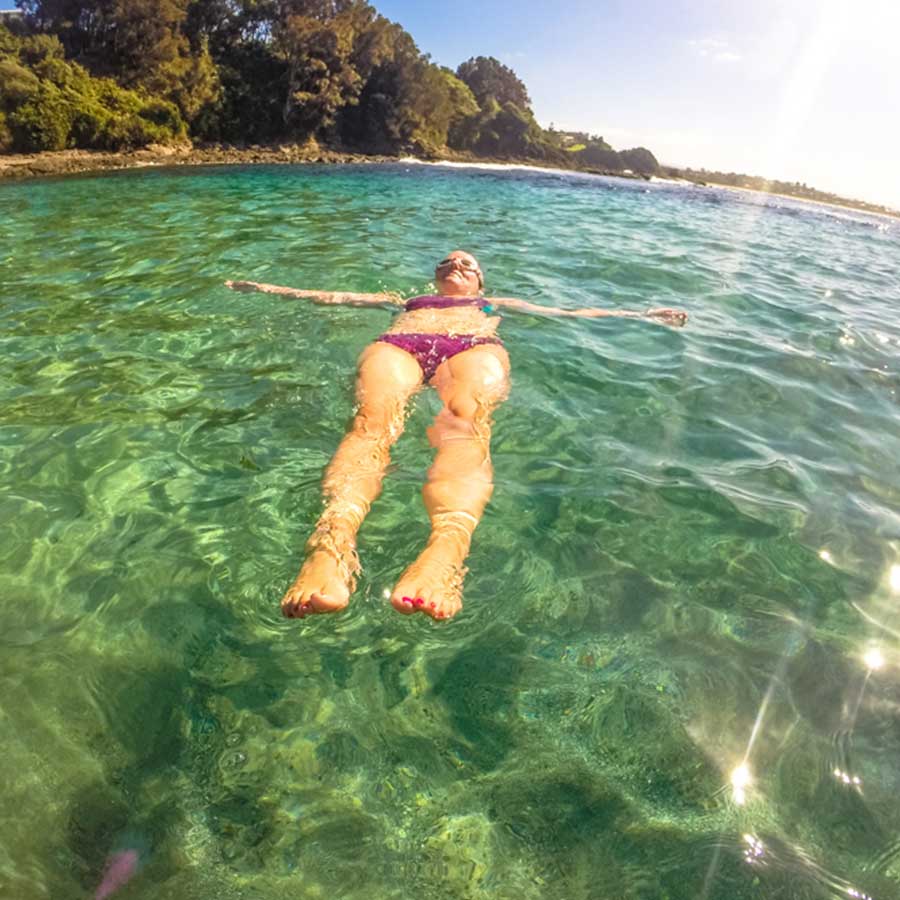 The nearly sold-out OceanFit wild swimming camp will be held on March 24th-26th at the Killalea State Park, south of Sydney, Australia.

“The long-weekend wild swimming camp has it all; ocean swimming training and ocean swims, a swim into and down a river, a lake swim and rest and relaxation swims in scenic coastal coves,” describes Andre Slade.

There are ocean training and training in the pool for early morning fitness and skill development.

“This camp isn’t for the city princess. We’ll be roughing it in shared bunk-room accommodation, eating camp food, and sitting around the campfire under the stars. Leave the city, break away from the grind of the day-to-day and switch off the technology as our experienced instructors take you on a journey you’ll never forget.”

If this camp is not on your schedule, OceanFit is promoting the following events:

* Broulee Bay to Breakers Ocean Swim on March 12th: “The small south coast town of Broulee hosts a cute point to point 1.4 km ocean swim from inside Broulee Island, around the headland to the breakers of Broulee Beach.”

* St Kilda Mile Swim on March 18th: “The St Kilda Mile swim is staged at one of Australia’s most vibrant beaches, St Kilda, and finishes alongside the iconic St Kilda Pier.“

* Avoca Ocean Swim on March 19th: “The Avoca Ocean Swim is part of the Central Coast Beach Fest, a celebration of the region’s surf and beach culture. The 500m or 2 km ocean swims are just part of the festival which also features surfing and bodyboarding contests, and a fun run.”

* The Sydney Skinny Swim on March 19th: Cast off your inhibitions and let it all hang out in this unique and fast becoming iconic nude ocean swim in Sydney Harbour – the ultimate in ocean swimming freedom.

* Shark Island Ocean Swim on March 19th: “Don’t let the name put you off, this 1 km and 2.3 km swim is a beauty. Just think about what your friends will say when you tell them you swam around ‘Shark Island.”

* Around The Bends – Newport to Avalon Ocean Swim on March 19th: “Swim north ‘around the bends’ from Newport Beach to Avalon Beach in this epic 2.5 km journey swim on Sydney’s northern beaches.”

* The Aussie Ocean Swim at the Aussies (Australian Surf Life Saving Championships) on March 26th: “Clubbies are celebrating the return of the Australian Surf Life Saving Championships (The Aussies) to the Sunshine Coast for the first time since 1980, and they’re welcoming all ocean swimmers to join them for a chance to be part of the iconic ‘Aussies’ festival.”

* North Steyne Ocean Swim on March 26th: “Slap bang in the middle of Manly Beach is the ’boutique’ North Steyne SLSC. This club event punches above its weight with a 1 km for beginners and a beautiful 2.8 km return journey swim into the Cabbage Tree Bay marine reserve.”

* Coffs Harbour Ocean Swim on April 2nd: “The Coffs Ocean Swims are a series of events suited to swimmers of all abilities. From fun kids events to a 600m and 2 km swim, you’re guaranteed a great morning of ocean swimming in a beautiful protected harbour.“