Oceans Seven Is In Jeopardy 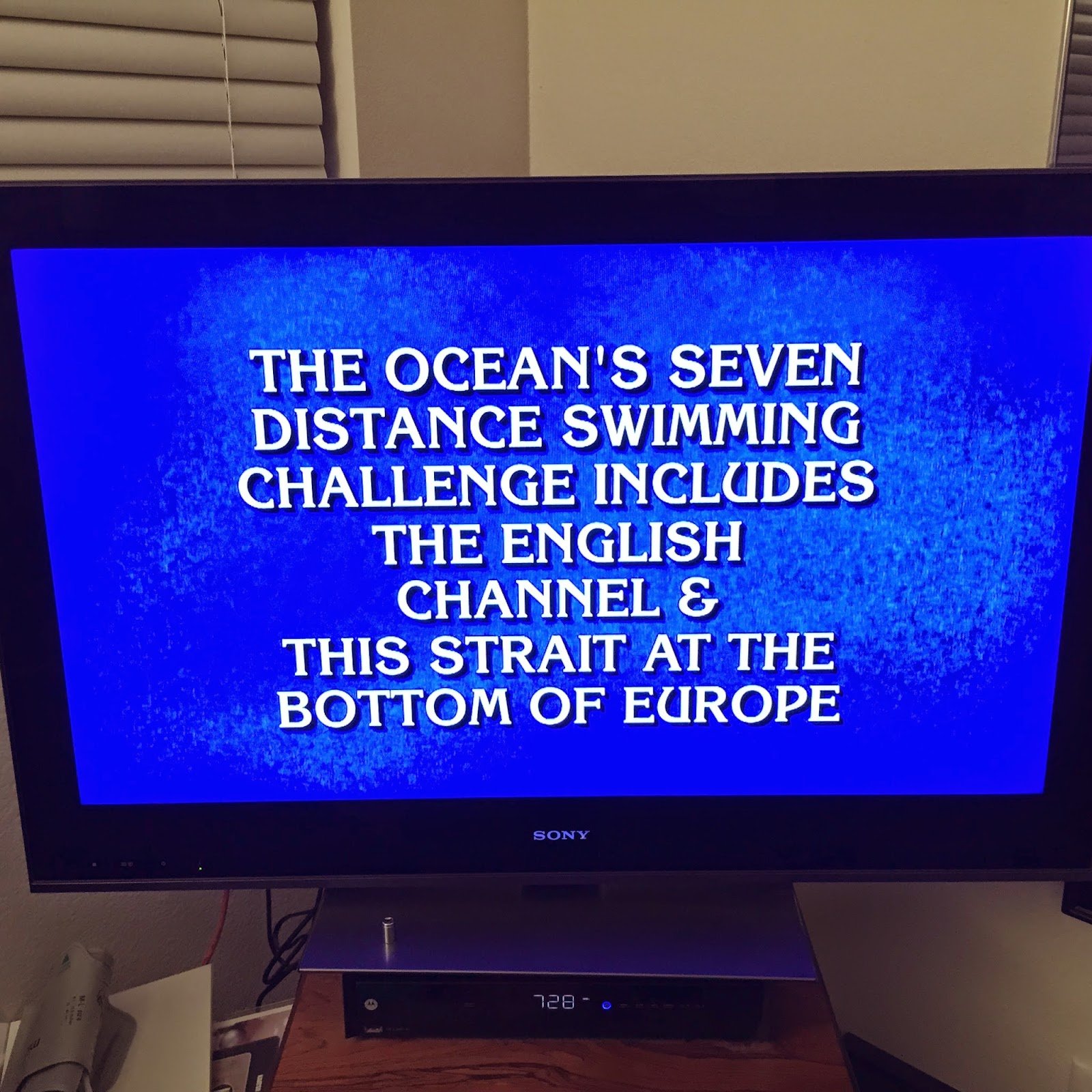 Jeopardy! is a popular American television game show. First broadcast in 1964, Jeopardy! has been going strong for 6 decades.

The answers are given first and three contestants compete for cash prizes and supply the questions.

One of today’s answers involved the Oceans Seven, a series of seven channel swims in the following waterways around the world: