Offshore Odysseys On The Increase 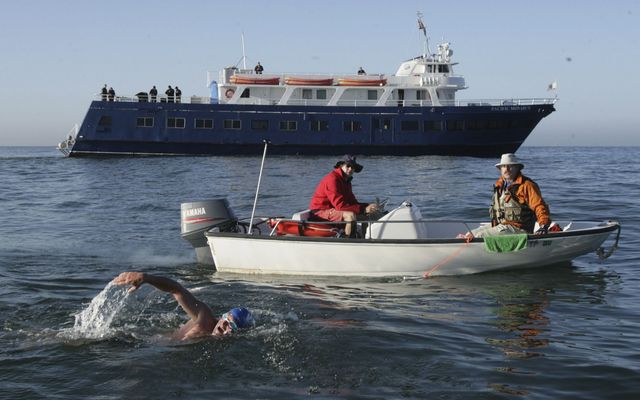 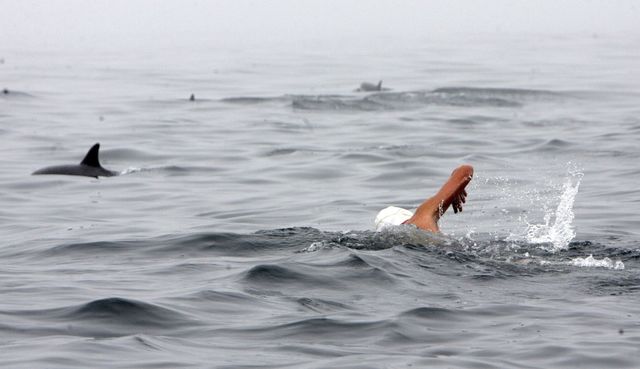 Courtesy of Juan Carlo of Star staff offshore from California.

It seems there are more and more offshore swims being attempted and completed increasingly in the Pacific Ocean and around the world.

An offshore swim is defined as a swim in an open body of water where the start and finish is not part of a continent or on a mainland. These offshore swims can include circumnavigation swims around an island located in a lake, sea or ocean, an island-to-island swim, or a coastal swim where most of the course is located far from shore or a mainland.

In recent years, The HTC Relay, The Deep Enders, Night Train Swimmers, and the Ventura Deep Six have all completed offshore swims.

But next month, there will also be two classic offshore swims: The Longest Swim by Benoît Lecomte in the Pacific Ocean from Tokyo to San Francisco and Swim The Big Blue by Ben Hooper across the Atlantic Ocean from Dakar, Sénégal to Natal, Brazil.

Kurt Baron and Jim McConica (with dolphins) of the Ventura Deep Six en route on their 202-mile relay with Jim Neitz, Mike Shaffer, John Chung, and Tom Ball that started in Ventura and finished in La Jolla Cove in San Diego.