Oh, To Be Young In The Open Water World 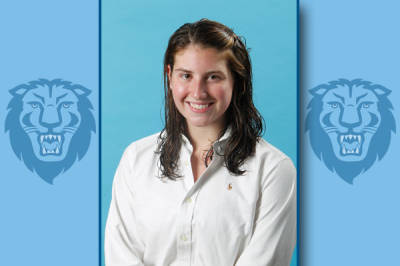 With the average age of the open water swimmer at 36, the sport of open water swimming is certainly on the older side of most aquatic sports including pool swimming, water polo, diving and synchronized swimming.

Despite the age of open water demographic, the opportunities to enjoy the sport for swimmers of all ages continues to explode.

For example, this full slate of major open water this weekend is more of the rule than the exception.

Major events include the Manhattan Island Marathon Swim in New York, the Global Open Water Swimming Conference, the International Marathon Swimming Hall of Fame awards ceremonies at the United Nations, the Flowers Sea Swim in the Cayman Islands, the Great North Swim in Windermere, England, the U.S. Masters Swimming National 25K Championships in Indiana, the Vanuata Open Water Swim in the South Pacific, the FKCC Swim Around Key West in Florida, the Okinawa Sun Beach Swim in Japan, the Champion of Champions event in Dover, England, the start of the Dutch open water swimming season with 3 separate events, the Spanish Masters Open Water Swimming Championships in Barcelona, two separate Czech Cup events ranging from 1K to 20K, and at least 47 other open water swim in Europe from Croatia to Ukraine.

But to be young in this sport is certainly to be exciting. From the new World University Games competition and the new 5K Team Time Trial event at the World Championships in Shanghai to the World Summer Games 1.5K race in Greece, the opportunities for the elite young swimmer is a road map to traveling the world.

Swimmers such as Columbia University sophomore Caitlin Jokubaitis (shown above) are taking advantage of these opportunities. Not only are some of the most courageous open water swimmers in history coming to her university this weekend, but she is also traveling around the United States (to Fort Lauderdale) to compete against some of the world’s fastest swimmers.

Enjoying the opportunities and taking on the elements are all great reasons for young swimmers like Caitlin to join their older colleagues in the sport.