Ollie Signorini has been winning ocean swims against adults since he was 14 and barely eligible to compete in the open division.

In today’s Waikiki Roughwater Swim, he took a page out of 2012 and 2016 Olympian Jarrod Poort‘s book of strategy and opened up a lead.

But instead of following Poort’s book to the letter, the 19-year-old Australian surf lifesaving start and Poort decided to work together. Poort recalled on the shores of Waikiki, “This was probably the toughest ocean swim that I have ever done. It took over an hour. The currents were pretty ridiculous. This required a bit of teamwork.

We got a little gap about halfway and we said to each other, ‘Let’s switch the lead.’
”

Signorini continued to explain about the Australian teammates’ strategy in one of the slowest races in history, “We did 30 strokes each in the lead and then switched off. We weren’t going very fast in the first half.”

The quickly blossoming Australian started off his career in the Hawaiian Islands on top. “I never did the Waikiki Roughwater Swim before. We came here last year, but the race was called off. I am just a swimmer and doing my own thing.”

That he is. That he does. 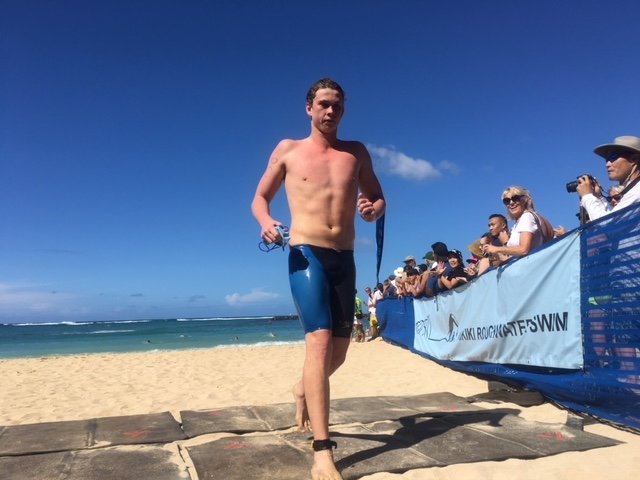 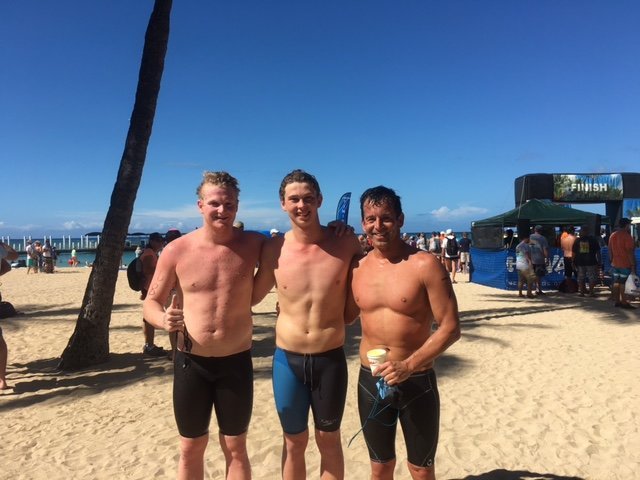 Footnote 1: Due to the strong currents, the lifeguards and safety personnel are pulling about 200 swimmers from the offshore course. The currents are too strong and safety dictates the swimmers must be removed from the course.

Footnote 2: Alex Kostich continued his 24-year streak of Top 10 finishes with a third-place finish. His streak is posted here.