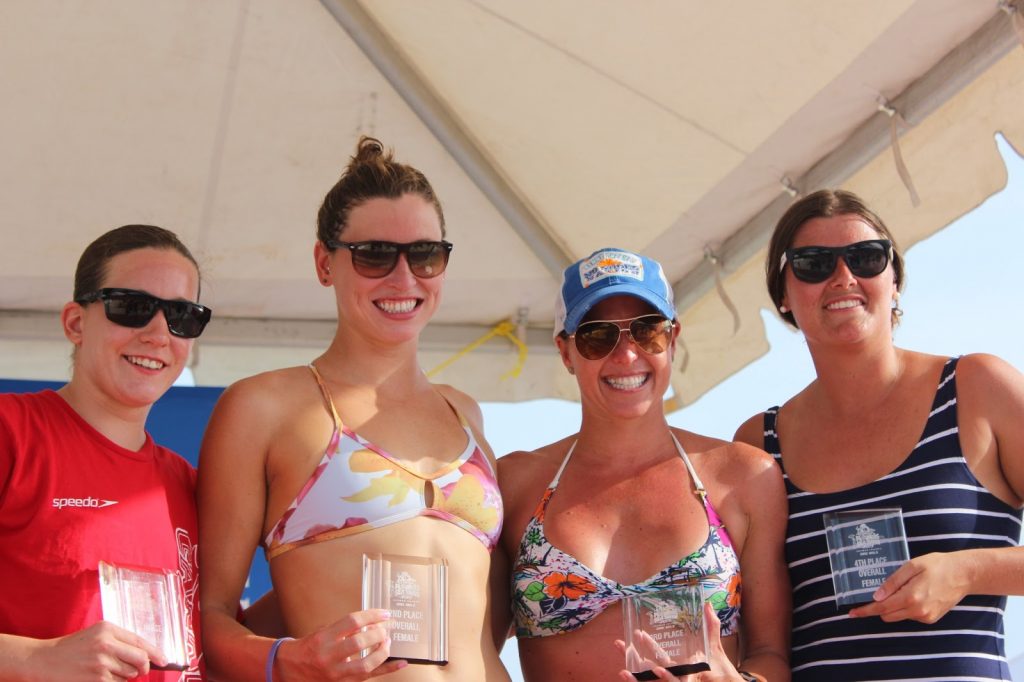 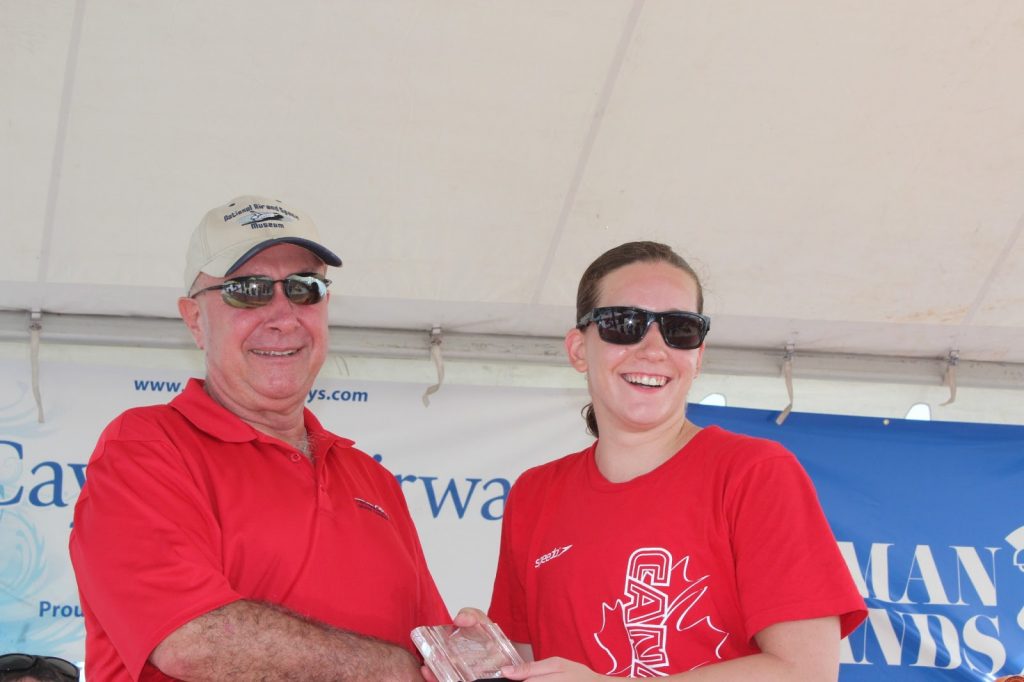 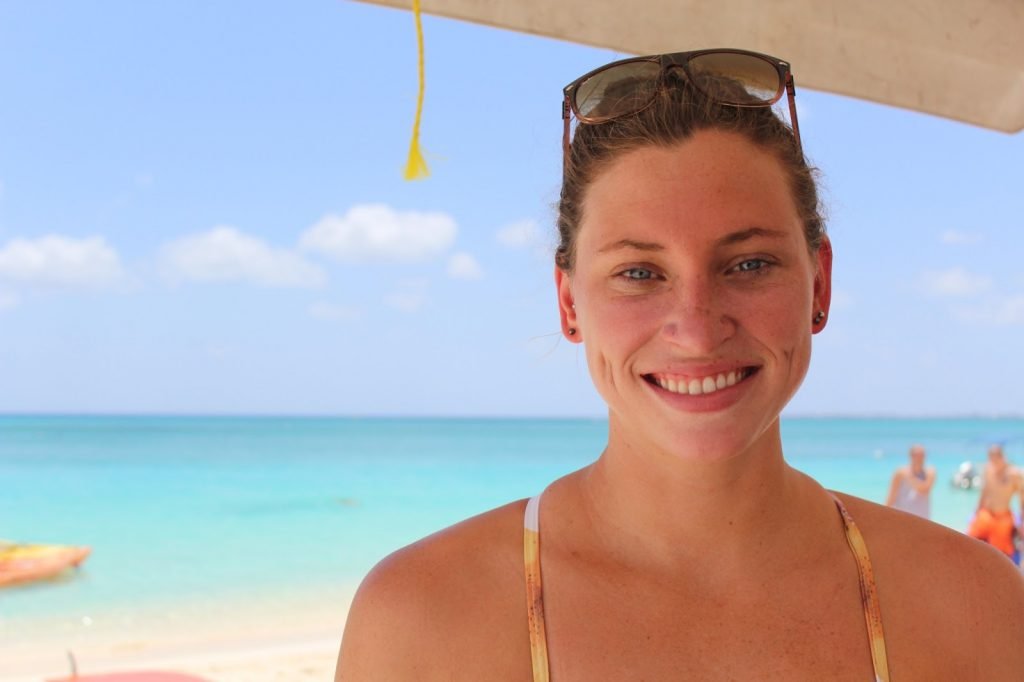 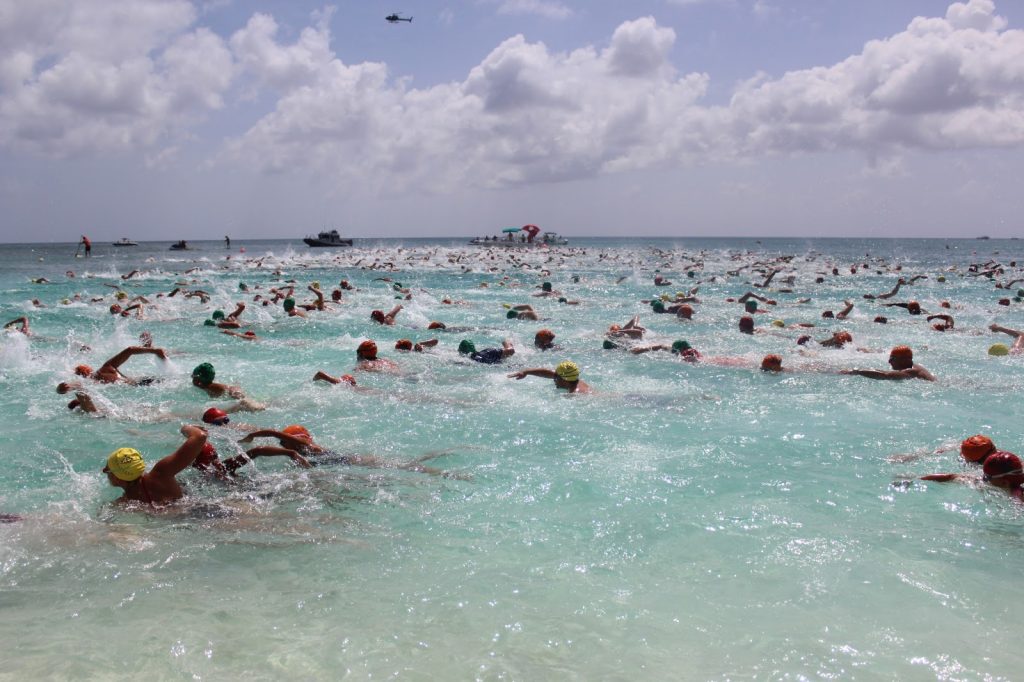 With 882 people lined up at the start of the 21st annual Flowers Sea Swim, it was undoubtedly going to a fast 1-mile swim down Seven Mile Beach on Grand Cayman Island.

The elite athletes had to get a jump on the hundreds of swimmers around them. Plus, the top women were bunched up with the men at the start, so there was a lot of incentive to start the mile race with a sprint.

Brooke Bennett, the 3-time Olympic gold medalist who trains with Rebecca Mann in Florida, got off to a great start and took off with the top men, trailing by just a sliver.

Canadian Olympian Zsofia Balazs and 2012 Olympic 10K Marathon Swim silver medalist Haley Anderson took off after Bennett. There was no let-up in the pace and the two younger Olympians took chase to Bennett.

“I finally saw her after halfway,” recalled Balazs who was testing out her new tech suit for the upcoming World Championship. “Brooke was with the lead group of guys, but I was not sure where the finish was. I just followed their whitewater and continued to swim as fast as possible following them towards the finish.”

The duo gradually came up and slowly edged passed Bennett to make it a three-person race. But the Canadian still had a lot in the tank. Balazs opened up a body-length lead, but she was still nervous. “I just didn’t want [the bikini-clad] Haley to go to her sprint like she did in the Olympics.

Instead Balazs answered Haley’s kick with a furious kick of her own. The Hungarian emigrant to Canada who just finished her university studies to become a police officer crossed the finish with a huge relief and a big smile.

The final results of the Top 4: