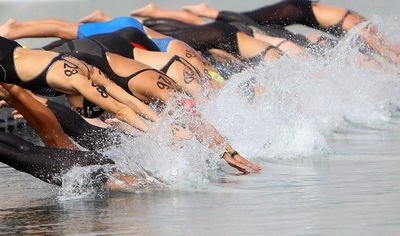 With less than 2 years before the 2016 Rio Olympic Games, there is an internal debate regarding the recommendations of the local Brazilian Olympic Organizing Committee and FINA as to when and how the Olympic 10K Marathon Swim will be conducted.

However, the local organizers and many others believe and recommended that the Olympic 10K Marathon Swim should be held in the first week, preferably in the first few days for many reasons:

1. Host Nation Support
Ana Marcela Cunha [shown below] and Poliana Okimoto are heroines in Brazil. These highly sponsored athletes are personable and popular throughout Brazil as world champions and the two women on the international circuit with the hottest winning streaks. Both women are gifted ambassadors of the sport and nothing would kickoff the Rio Olympics as a gold medal by one of these two women. With a 1-2 finish in Copacabana Beach by Okimoto and Cunha, the Rio Olympics would set such a passion among the Brazilian people that it would ideally get the Olympics off right as well as provide incalculable benefits for television, the media (traditional + social), sponsors and the sport of swimming (both pool and open water).

When the host nation does poorly in terms of medals during the first week of the Olympics (e.g., Toronto for Canada and London for Great Britain), it has traditionally put an initial damper on the locals. Brazil wants to start off its Olympics with a huge bang. Cunha and Okimoto gives Brazil this opportunity. In their most iconic beach, in front of hundreds of thousands of fans, in the heart of Rio de Janeiro, the value of the two women’s presence and podium finish are well-known and much-appreciated by the local Organizing Committee. 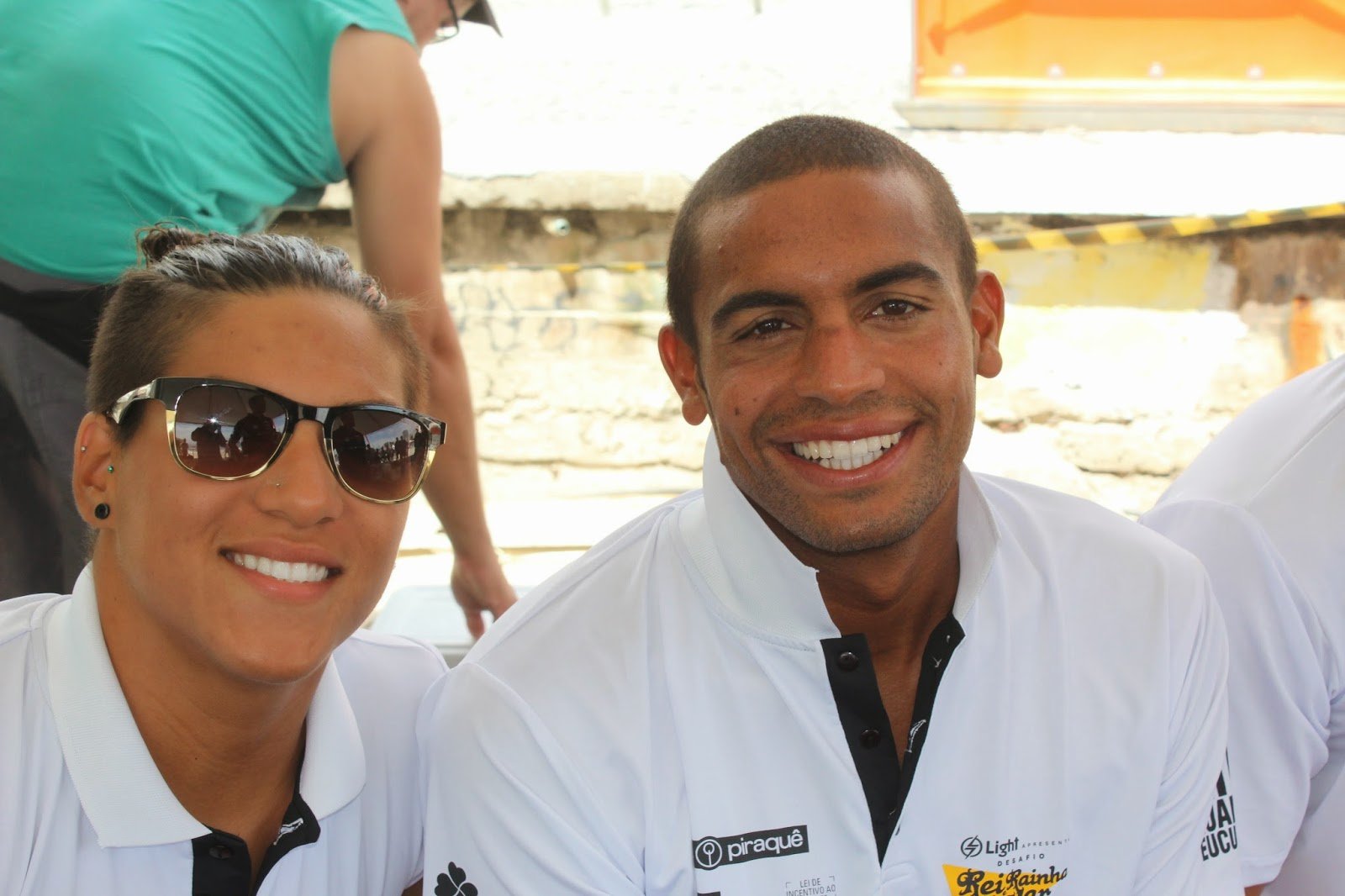 Allan do Carmo [shown above] and Samuel de Bono are underdogs in the Olympic 10K Marathon Swim. Both men are world-class for sure. Both are smart, savvy, strong and speedy. Do Carmo is the reigning FINA 10K Marathon Swimming World Cup champion. But neither man will be the favorite in the men’s Olympic 10K Marathon Swim. But both men can rise to the occasion and will swim the race of their lives in front of their countrymen. If Cunha and Okimoto can both medal, their male teammates will undoubtedly swim inspired in Copacabana Beach where they have much racing experience. If either man medals, the Rio Olympics will undoubtedly take off like Canada did when its ice hockey team won the gold medal.

2. Environmental Expectations
There will be a full moon during the second week of the Rio Olympics. With a full moon comes a larger tidal swing and greater possibility for very large swells over 2 meters. While the turbulence and ocean swells will be part of the Rio Olympics 10 km marathon swim, the equipment like the feeding station and finish pontoon may, literally, take a hit. Imagine the feeding station or finish pontoon sinking in the worse-case scenario or malfunctioning in a very bad-case scenario?

No one and nothing can prevent Mother Nature from taking her course of action.

3. No Recourse In Emergencies
The Olympic triathlon is scheduled for the second week. This gives precious little time on the same course on Copacabana Beach to react to bad conditions. But for the Olympic triathlon community, a full moon, equipment malfunctioning or extraordinarily rough seas literally mean much less than among the open water swimmers.

In summary, FINA wants the Olympic 10K Marathon Swim to be held several days after the pool swimming competition because they wish a handful of the fast 1500m pool swimmers to be fully recovered and have an opportunity to reach the podium in the marathon swim.

On the other hand, the local organizing committee and many others in the open water swimming world realize the benefits of holding the marathon swim earlier in the competition, and preferably, on the opening day.

It will be interesting to see what the final outcome will be.