Olympic History To Be Told At The Olympic Club

“With 250 meters to go, Maarten van der Weijden was still at least 3 body lengths behind David Davies at the 2008 Beijing Olympics 10 km marathon swim along the final homestretch. I believe his tremendous finish represents the greatest upset and most moving and unlikely finish of all events throughout modern-day Olympic history,” recalls Steven Munatones about the leukemia survivor. 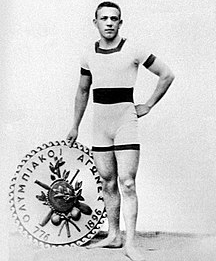 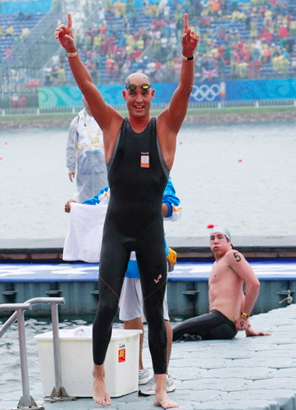 The presentation will be part of 25 different 20-minute WOWSA Talks by luminaries in the sport of marathon swimming, channel swimming, open water swimming, stage swimming and ice swimming.

“We will also discuss – thinking creatively based on what we know now – how the 10 km marathon swim will play out in Tokyo in 2020, Paris in 2024 and Los Angeles in 2028,” says Munatones. “Who to expect in the lead pack? Who might be in the chase pack? What types of workouts do the top athletes do? Because the evolution of the sport can be comprehensively traced back for decades, the expectations for the future can be imagined and predicted.

He will talk about the contemporary technologies that are used, the most popular websites and personalities in the sport, controversies, and how elite open water swims are officiated, adjudicated and administered.

​To listen to the 25 speakers from 12 countries at the WOWSA Talks & WOWSA Awards, register here.