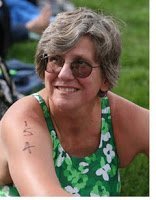 In Search of Memphré is a 25-mile cross-border swim along the length of Lake Memphremagog starting from Newport, Vermont (USA) and ending in Magog, Quebec (Canada).

A charity swim for the IROC and its Healthy Changes Initiative, the 7 swimmers helped raise US$12,000 and were escorted by boats with prop guards provided by La Traversée Internationale du lac Memphrémagog.

Race director Phil White explains, “Conditions were perfect at the start. Those who don’t know Mighty Memphremagog’s many moods and wily ways might have thought that the lake was defenseless, promising safe passage to all. Water temperatures at the surface were 71°F (22°C), rising to 72°F past the turn north of Owls Head. Wind was light throughout the night. The half moon was high in the sky and in and out of the clouds. Air temperature was relatively warm for this time of year. Perfect conditions for five or six hours of night swimming.

Daybreak saw all swimming strong. The wind from the south began to pick up as the sun rose and the swimmers headed past the 15-mile point at Georgeville. By about the 17-mile point, the wind speed picked up to 10 to 15 mph, challenging the escort boats. As the swimmers approached Magog, it became clearer and clearer that Memphremagog was not going to give up without a fight.

At the Three Sisters Islands, about 2 miles out, the wind was roaring 25 mph with gusts of 35 mph and the waves were 2-3 feet with occasional 4-foot waves. Swimmers were body surfing their way into Magog while their escort boats struggled to stay afloat, leading to the only DNF of the day when Liz Fry’s support crew had to pull as their boat was getting swamped with water. Liz had completed 23.5 miles, was second among the swimmers. She was swimming strong, but her escort boat was in deep trouble and unable to stay with her and protect her as she entered Magog. Sail boarders and kite boarders were all over the place, taking advantage of some of the best wind of the summer. In fact, with just a couple of hundred yards to go, Shipp was almost hit head on by a sailboard that must have been traveling at 30 mph or more, even as two boats tried to provide protection.