One Ocean One World Many Many Winners 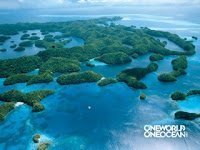 “One World One Ocean is looking for the next up-and-coming filmmaker as part of our World Oceans Day Video Contest – open to all ocean enthusiasts who create a 1-minute video telling us why the ocean is important and you could win US$500 and a GoPro camera.”

Video submissions are due by May 4th. Prizes will be awarded to one grand prize winner as well as to winners in three sub-categories: Best Humorous Video, Best Music Video and Best Video from a Non-Coastal City. The top 10 videos will then be posted on One World One Ocean website on May 18th where the public can vote for their favorite. Winning videos will be announced on June 8th as part of our World Oceans Day celebration.

“At One World One Ocean, we believe that great storytelling can change the world,” said the passionately talented Greg MacGillivray who has more than 50 films to his credit. “Join us in being the ocean’s storyteller, share your story and help us spark a movement to protect the blue planet.”