One Of The All-Time Greats Writes His Memoirs 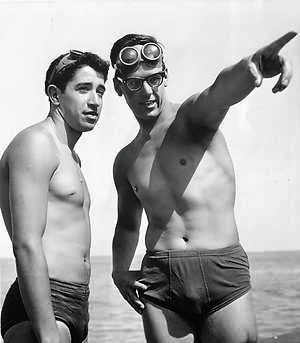 One Of The All-Time Greats Writes His Memoirs

Herman Willemse wrote his memoirs about his open water swimming career – one of the most prolific and successful careers of the 20th century.

In Vrije slag (Freestyle), Willemse tells of his swims around the world and his post-retirement adventures in a sailboat with his wife Nel.

He started his career at the age of 24 at the 1959 Billy Butlin Cross Channel International Swim when he finished second in the English Channel race and finished in 12 hours 49 minutes [photo on left]. He retired at the age of 33 after traveling to races around the world and was later inducted in the International Marathon Swimming Hall of Fame in 1963.

Willemse is a dual inductee when he was inducted in the International Swimming Hall of Fame in 2008 as an Honor Open Water Swimmer. He also served his fellow competitors when he helped found in 1961 and was the first president of the World Professional Marathon Swimmers Federation.