Open Water Added To The Sea 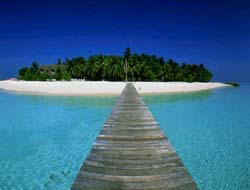 The sport of open water swimming continues to grow both at the grassroots level and at the international governing body level at unprecedented rates.

This year, with marathon swimming as part of the official schedule, the Games will be held from November 11th – 22nd.

Chris Guesdon, inductee of the International Marathon Swimming Hall of Fame, attended the Technical and Safety Directors meeting for the 42 sports and 51 disciplines. Chris reports, “I have been impressed with the exceptional achievements by the Indonesian Open Water organizing team in the four months since the inclusion of the marathon swimming event into the Games. The Open Water organising committee for the marathon swimming events headed by Liza Januar who is leaving no stone unturned to achieve a showcase event.

Health and safety are a focus for the event and detailed evacuation plans are in place for Putri Island should they need to be implemented. The water temperature is expected to be 27°C (80.6°F).”

The 5K and 10K marathon swimming events will be conducted in the pristine waters at beautiful Putri Island, 70K off the coast from Jakarta. The 5K will be held on November 17th and the 10K two days later.

Competition Manager Ray Sani said, “All the components required for a successful open water competition are now either in place or are on schedule for completion by the test event to be held in early September.”