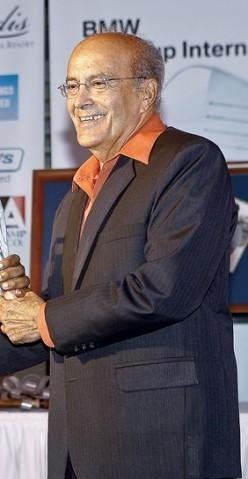 The Maracas Open Water Classic is Trinidad and Tobago’s longest running swim event. It is scheduled for September 25th 2011 at Trinidad’s premier beach on Maracas Bay. The Maracas Open Water Classic has been in existence since 1949 and attracts swimmers of all ages from 5 to 80. Three races are now a part of the only annual open water event run by the Amateur Swimming Association of Trinidad and Tobago. A 5K is held concurrently with a 2.65K race that is open to swimmers age 13 years and over. There is also a 750-meter race for children 12 years and under.

Over 250 athletes participated in the 2010 event including Gordon Borde (shown on left) who is the Chairperson of the Organising Committee. Borde placed 75th in 2.65K race last year and won the 70-74 year category. Borde has participated 60 times in the Maracas Open Water Classic, arguably more times than any other active swimmer at any other single contemporary open water swimming event.

The race is a part of the West Indies Blue Water Swim Series with other swims in St. Kitts, Turks & Caicos, and the U.S. Virgin Islands. The Maracas Swim is also one of the World’s Top 100 Open Water Swims.