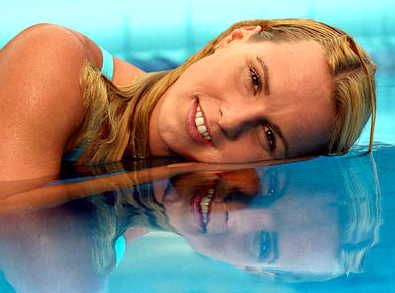 FINA announced the athletes on its FINA Athletes Committee for the 2017-2021 term.

* Penny Heyns (South Africa) is the Chairperson and has announced at the annual aQuellé Midmar Mile in South Africa several times.
* Britta Kamrau (Germany) is the Vice Chairman and was inducted in the International Marathon Swimming Hall of Fame as an Honour Swimmer in 2009.

* Aaron Peirsol is a member and is not only a lifeguard in Newport Beach, California, but has also raised money and awareness for marine environmental groups and organized open water events and raced at the Newport Pier-2-Pier Swim in California and King and Queen of the Sea in Brazil.

Heyns said, “During my tenure on the FINA AC I have seen the committee grow and achieve several important milestones. Each step forward has admittedly taken time however momentum has been created and the FINA AC is steadily strengthening its influence within FINA, ensuring the voice of the athlete is represented at all decision-making levels.”

The powers and duties of the Athletes Committee are:

1. To bring input of athletes’ experience to the organisation of FINA World Championships
2. To collaborate in the Technical Rules proposals and amendments for each discipline
3. To be in contact with participating athletes and bring forward their suggestions and remarks after a FINA World Championship
4. The representative of the Athletes Committee shall participate in the Technical Committee meeting in disciplines where he is specialized. The Chairman of the Athletes Committee as an ex officio member of the FINA Bureau shall provide perspective on the athlete experience as required.