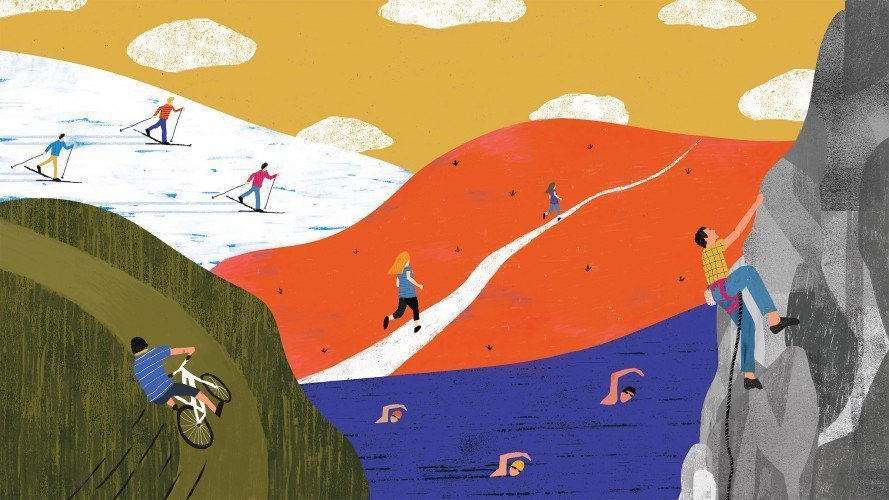 Illustration by Petra Zeiler for Outside Magazine.

In order to complete the rankings of the world’s toughest outdoor sports, including open water swimming, Roe studied peer-reviewed research and compared the average number of injuries per 1,000 hours of an athlete’s activity, fatality rates, and other data in addition to consulting with professionals in each sport.

Roe referred to the following data in his article and we wondered how he obtained the injury and facility rates for open water swimmers and noted that the rates were much higher than our own data. However, it may be that the open water swimming data includes injuries and fatalities that occur in the swim legs of sanctioned triathlons.

The article, including fascinating quotes from Fry, is posted here.