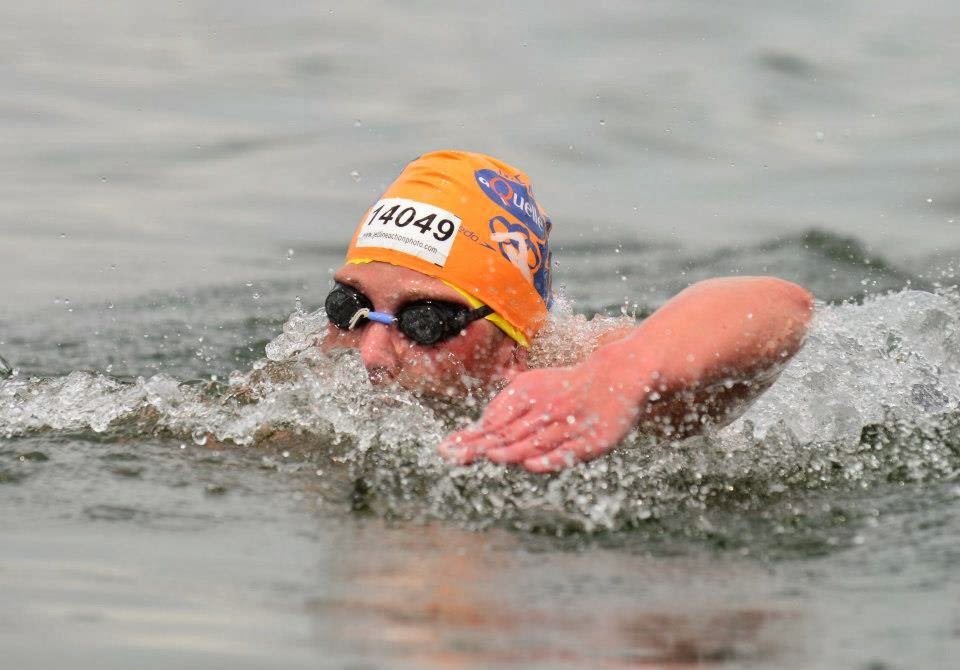 After listening to swimmers of all ages, abilities and backgrounds reminisce about their open water swims, it seems they most vividly remember and can discuss most colorfully the toughest, roughest, coldest and worse parts of their swim (e.g., the coldest part of the lake, the roughest part of the ocean).

After years pass by, when they recall their swim, the most difficult parts of their swim gradually become the norm (e.g., “…the waves were HUGE in the lake…”).

Even when the swim is ultimately triumphant, even when the crossing is successful, even when many things go right in the open water, the setbacks and the most difficult parts of the swim are remembered and recalled most vividly.

But experienced open water swimming coaches and support crew can utilize this focus on the negative. When the swimmer slows or conditions get rough, they describe their progress in the water or ability to stay with the pack. They do not ask, “How do you feel?” that very easily serves as a catalyst for the swimmer to focus on the negative, but rather “You are hanging in there…you swam the last mile faster than the one before…your stroke looks better…”

The coach and crew listen to what the athlete might say or may complain about, but they turn this focus on the negativity to something more positive, however trivial or constructively.

Photo of Ashley Twichell in the Midmar Mile.