In the second issue of the new FINA Aquatics World Magazine, Paolo Barelli, the FINA Honorary Secretary and former world record holder, wrote an editorial on the progress in swimming and the open water.

Paolo writes, “2010 will [showcase] the last FINA World Open Water Swimming Championships because long-distance swimmers have now the same opportunities to compete internationally at the highest level [at the World Championships and Olympics] as any other FINA athlete in pool swimming, water polo, synchronized swimming and diving.” 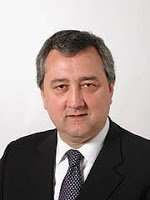 “Moreover, and considering the evolution of marathon swimming in the five continents, the FINA Bureau decided to launch a FINA World Junior Open Water Swimming Championships held each other year beginning in 2013.”

Very importantly, Paolo, currently an Italian senator, continues, “We believe these changes in open water swimming definitively mark the coming of age of this discipline…which provide opportunities for those making the journey from junior to senior waters.”

The new FINA Aquatics World Magazine, an outstanding magazine that equally covers all aquatic disciplines including open water swimming, in a colorful, informative, entertaining way is yet another example of FINA’s strong commitment to the sport of open water swimming.