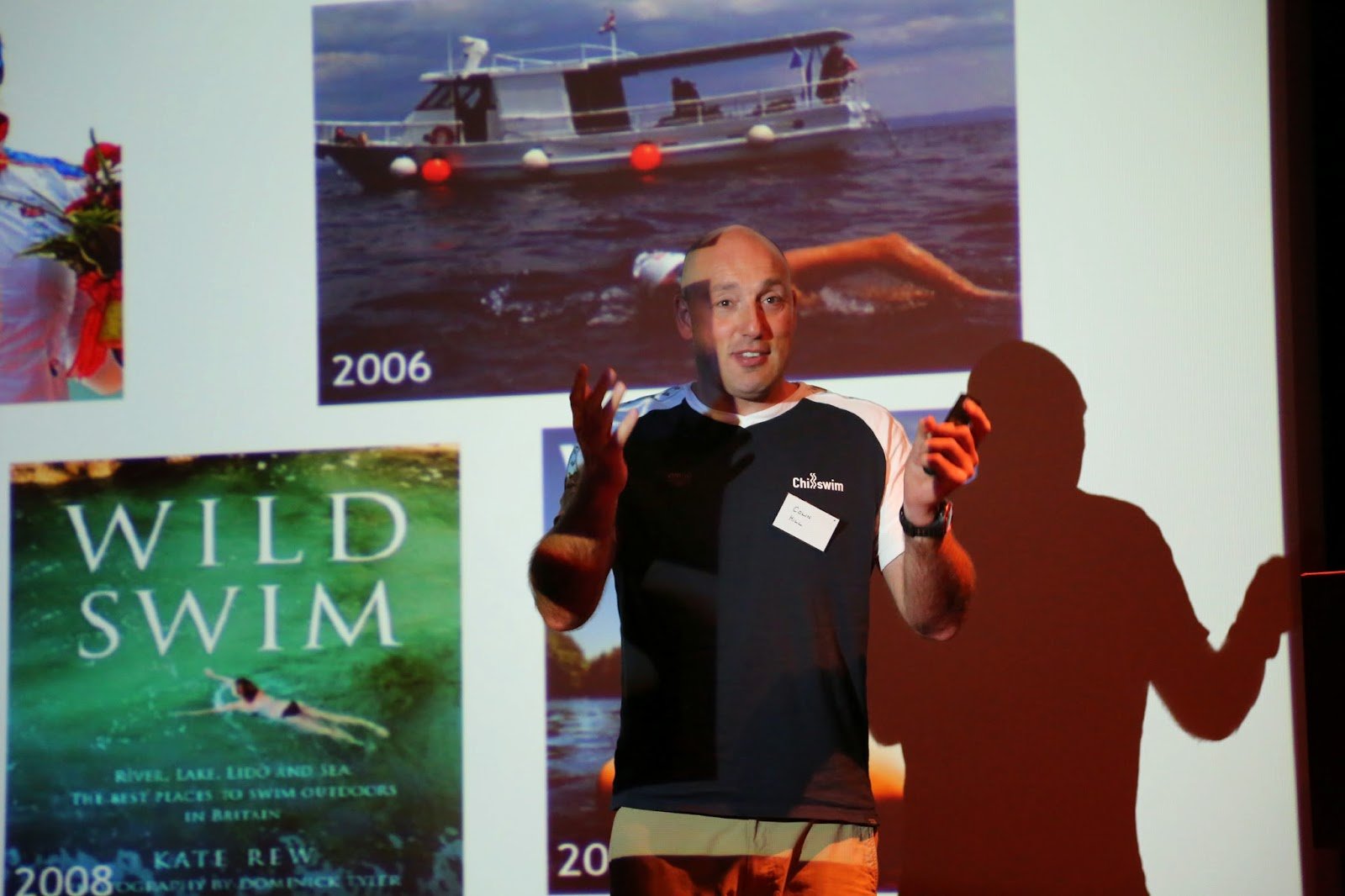 Colin Hill of Chillswim spoke about the explosive growth of open water swimming in the United Kingdom today at the 2014 Global Open Water Swimming Conference on the Isle of Bute in Scotland.

He spoke about the former generations of open water swimming when it meant “Kevin Murphy was greasing up, lidos, the British Long Distance Swimming Association events and winter swimming. That was basically what was going on.”

But when the former running event organizer and promoter got involved in swimming, he thought, “How do you make open water swimming and popular and mainstream?”

He spoke about the positive stimuli of British Olympians David Davies, Keri-Anne Payne and Cassandra Patten and their success at the 2008 Beijing Olympics 10 km marathon swim, the Wild Swim beautiful coffee table books, Wild Swimming, a book published in 2008, Waterlog by Roger Deakin, David Walliams‘ crossing the English Channel, and the Outdoor Swimming Society with Kate Rew. “These really brought on the groundswell of open water swimming, including rivers and lakes that were unswimmable 20 years ago.”