Open Water Swimming In The Birthplace Of Marathoning 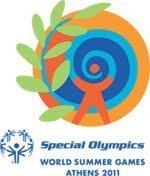 From May 31st to June 2nd, Chrysostomos Giannoulakis led a team of local organizers and volunteers in a test run with 151 athletes from 7 countries to prepare for the upcoming Special Olympics World Summer Games in Athens, Greece.

“For the pool swimming events, we are using the 2004 Olympic Aquatic Center in Athens and the City of Marathon – the historic start of the marathon run – will host the open water swim that has drawn unprecedented interest from around the world.”

Special Olympics CEO and Chairman Tim Shriver commented on one of the athletes, Andrew Smilley, expected to compete in Athens and his love of the open water, “Far too often, our athletes, athletes with intellectual disabilities, are viewed for what they can’t do. But Andrew Smiley is showing the world what he can do. Andrew’s performance in the Tiburon Mile is just one example of how Special Olympics athletes are accomplishing great things that many just dream to achieve.”

How appropriate and how powerful: a new open water swim starting in the birthplace of marathoning showcasing athletes who accomplish great things that many just dream to achieve.