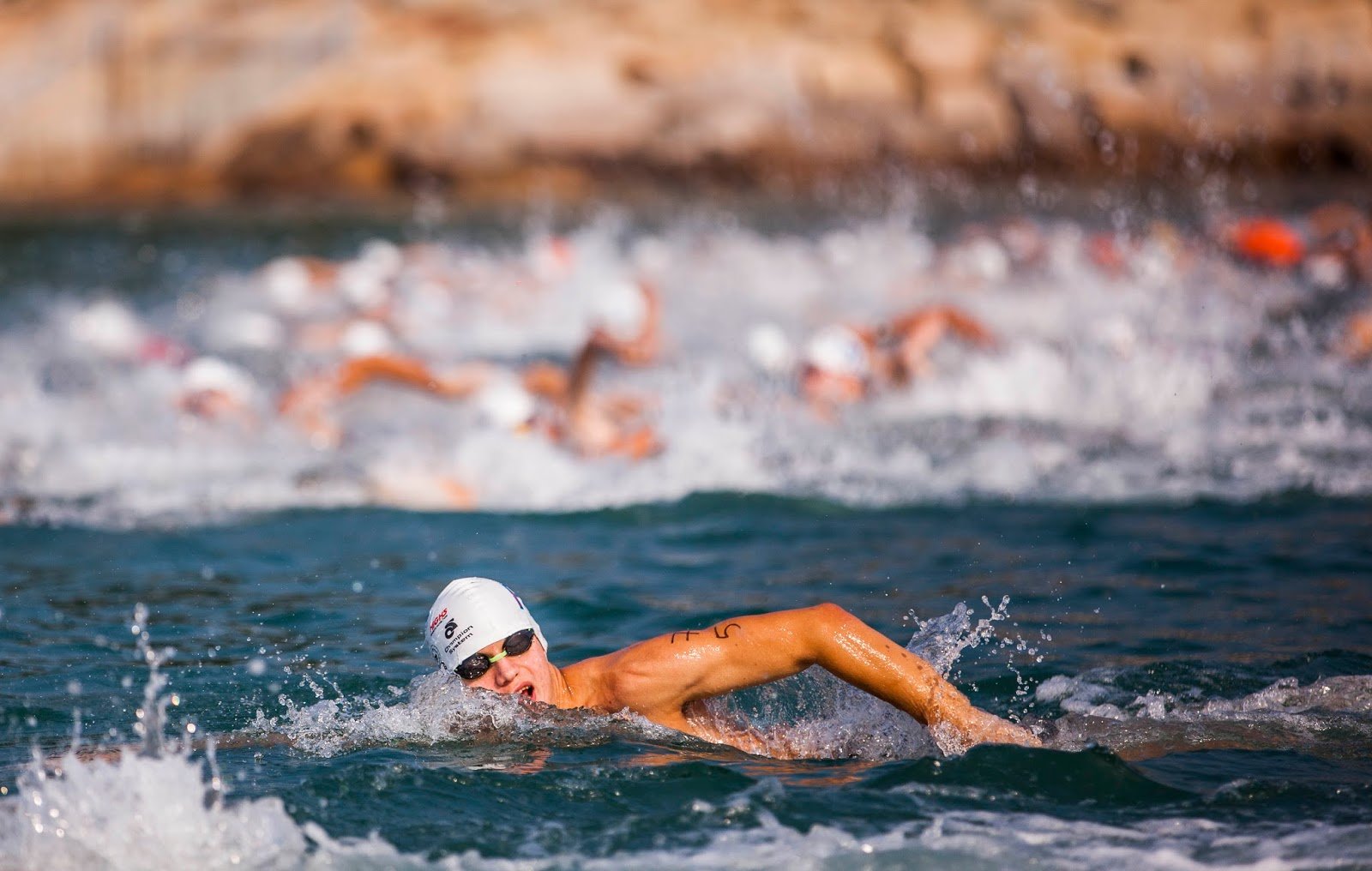 In competitive open water swims, there is usually a good amount of physicality. Bumping, impeding and elbowing are commonplace, especially at the starts and around the turn buoys.

But sometimes, swimmers for either intentional or unintentional reasons, swim away from the different packs in a race and find themselves alone.

Swimming in no man’s land is both risky and difficult, especially when the rest of the field is swimming in packs. A term adapted from the military and legal realms, no man’s land is that spacing – that sometimes comes and goes – between packs of swimmers in an open water swimming event.

“Unless you really know your course is the best due to currents, swells or winds, it is usually not a wise competitively strategic decision to swim in no man’s land,” describes Steven Munatones. “For a competitive swimmer to be in a position between packs, swimming solo is difficult because the swimmer cannot draft off of the faster pack and is at a disadvantage vis-a-vis the slower packs. In many cases, the swimmer is faced with a tough decision: speed up and try to hang with the faster packs or slow down and meld together with a trailing pack.

However, if the swimmer is positioned in a no man’s land in the lateral direction where the packs are either to his left or right, then moving over in one direction or the other is a much easier decision.”