Open Water Swimming In The Philippines 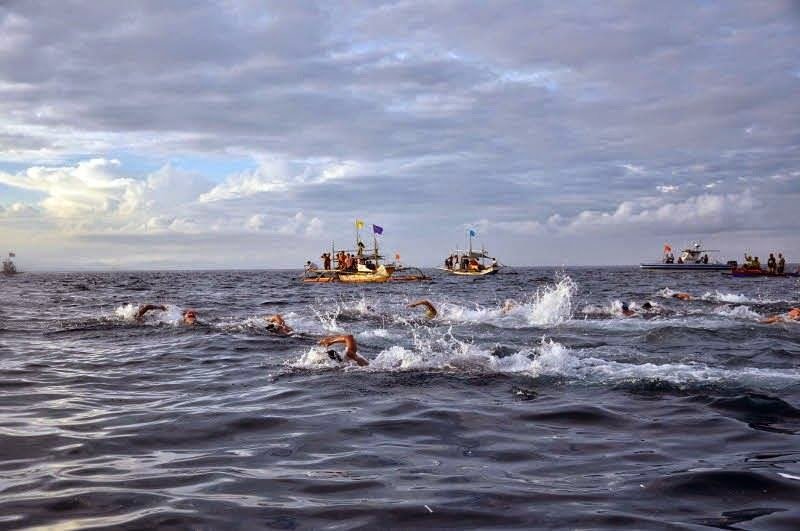 The Philippines is an archipelago of 7,107 islands.

As swimming coach Betsy Medalla explains, “Swimming in open water is free. Long distance open water swimming evens out the playing field; it is less about might or arm span, and leans more toward strategy and determination. We should excel at this sport not just in the region, but internationally.”

Including Macarine, there have been a handful of Filipino sea swimmers over the years: Ricardo Cuenca who swam 47 hours and 92.6 km in a shark cage in 1969, Basti Lacson who swam across the Strait of Gibraltar, and Guy Concepcion who participated in the FINA 10K Marathon Swimming World Cup.

But the sport is gradually emerging among the innumerable beautiful locations in the Philippine archipelago.

Marine biologist and visionary Guiseppe Chew first proposed the 15 km plan to the Sarangani Bay Festival. “I could still vividly remember when I made my suggestion to the floor when we had our first meeting to conduct the Sarangani Bay Festival, everyone was laughing at me. The suggestion was almost killed if not for Board Member Art Lawa who supported and believed in my grandiose plan.”